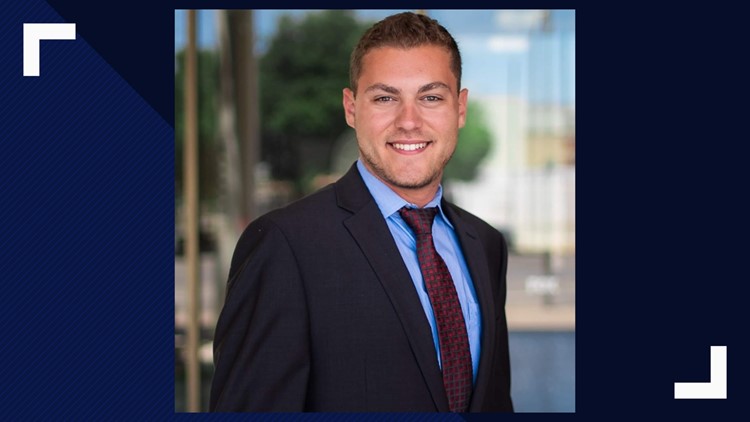 SAN ANGELO, Texas — Joe was born in Barrington, IL and raised in the Chicago suburb of Naperville. From a young age, he was fascinated with the weather. It all started at the age of seven when he and his mom got caught in a tornado warning and had to take shelter in a Dunkin’ Donuts freezer. Since then, he’s been passionate about the weather and the environment.

Joe grew up watching the news and drew inspiration from Chicago meteorologists Tom Skilling and Brant Miller. He also enjoyed watching the Weather Channel and always wanted to be like Jim Cantore. In high school, he volunteered over the summer at NWS Chicago and saw firsthand how meteorologists operate in times of severe weather.

Joe was also involved in several sports: baseball, basketball, and volleyball. He also played the saxophone throughout middle and high school and was part of the school’s jazz band. Joe also enjoys spending time outside, going to the lake, traveling, and hanging with friends and family.

Upon graduation, Joe decided to leave Illinois and pursue his dream of studying the weather at the University of Oklahoma in Norman. There, he took classes at the National Weather Center and was part of several clubs and activities in meteorology along with other special interests. Joe interned at Weather Decision Technologies (WDT), where he forecasted for event clients across the world. He gained valuable forecasting and communication experience. Joe also interned at Meisinger Aviation where his expertise in GIS and Meteorology was used to verify cloud cover forecasts for commercial aircraft.

Meanwhile at OU, Joe was a broadcaster for OU Nightly, a campus-wide news program that broadcasted throughout the state of Oklahoma. This is where he discovered his love for being on the green screen and alerting the public of dangerous weather conditions.

He graduated from the University of Oklahoma in May 2019 with a Bachelor of Science in Environmental Sustainability, with minors in both Meteorology and GIS. He is looking forward to combining his love for weather, environment, and broadcasting as he joins the FOX West Texas team.

Catch Joe weekday mornings from 6 to 9 a.m. on Wake Up West Texas!