After more than 38 years at WFAA, Dale Hansen will retire later this year. 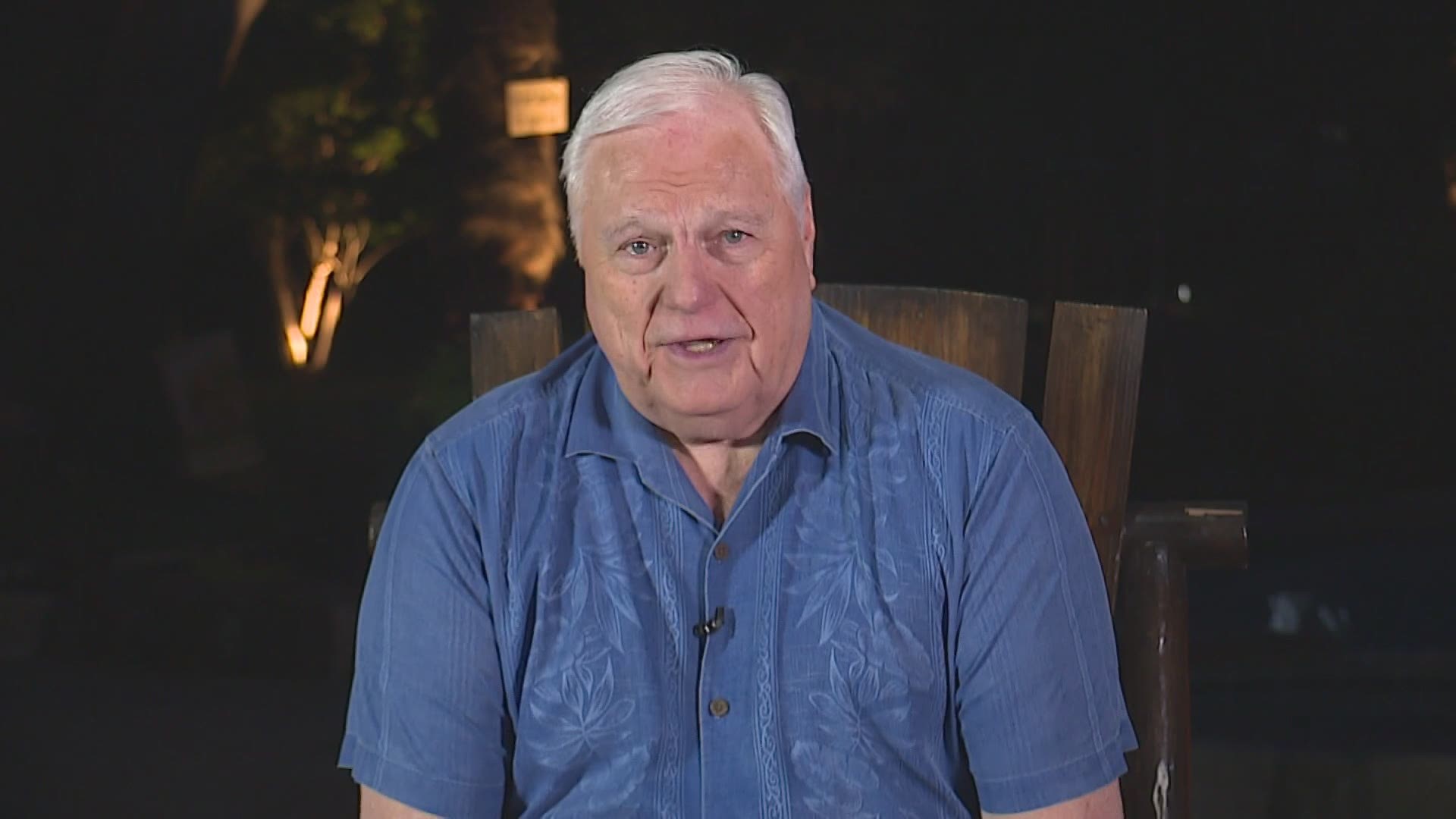 Dale Hansen, the dean of Texas’ sportscasters and one of the most recognized faces in Dallas-Fort Worth television history, has announced he will retire later this year.

After more than 38 years, Hansen will step away on Sept. 2.

“There's an old proverb that says all good things must come to an end, and it's true, all good things do,” Hansen said. “I've been waiting 25 years for the Cowboys to win another Super Bowl and I can't wait anymore.”

Hansen’s legendary career at WFAA began on March 28, 1983, and just a few months later the station debuted “Dale Hansen’s Sports Special,” a show that’s been a staple of WFAA’s Sunday night line-up ever since. During his time reporting on Dallas-Fort Worth sports, he covered the local teams in three Super Bowls, three Stanley Cup Finals, two World Series and two NBA Finals.

“For more than 38 years Dale Hansen has informed and entertained our audience like no other, and we are forever grateful for his dedication to our team and to the North Texas community,” said WFAA President and General Manager, Brad Ramsey. “From major breaking sports news, to powerful investigations, to standing up for human rights, Dale forged an unprecedented path and became so much more than a sports anchor. There will simply never be another Dale Hansen.”

Hansen never shied away from asking the tough questions, seeking answers to questions the audience wanted to know, but no one else would ask, including in interviews with local sports owners like Jerry Jones and Mark Cuban.

In recent years, Hansen has gained attention for his “Unplugged” commentaries, wading into issues like kneeling for the national anthem, Michael Sam in the NFL, gun control, and the pandemic.

RELATED: Hansen Unplugged: Anthem protests not about disrespecting the flag

Former Cowboys Quarterback Troy Aikman said in 2019, “I don’t ever remember seeing [an Unplugged] that didn’t make me take a step back and say ‘wow, I never thought about it quite like that. You know what? He’s right.’”

WFAA Vice President and Station Manager, Carolyn Mungo said, “Dale’s contributions to the industry reached across the globe thanks to the power of social media. I will always remember when we first told Dale he had gone viral. He had no idea what that meant. Thanks to Dale, the entire newsroom learned how to reach new audiences. At the end of the day, we will lose an anchor, but we will also lose a teacher.”

It was his investigation of SMU’s football program that first put him on the map in 1986.

He uncovered that university officials and some of the state’s highest politicians were paying players to play. The investigation led to the school receiving the NCAA’s first and only death penalty, prohibiting the Mustangs from fielding a team in 1987.

As a result of the investigation, Hansen was awarded with the George Foster Peabody Award for Distinguished Journalism and the Alfred I. duPont-Columbia University Award, universally known as the two most prestigious honors in broadcast journalism.

“I’ve also said this many times, too: I wish that story didn't have to be told, but I'm incredibly proud of the fact that we were the ones who did,” Hansen said of the story in 2020.

RELATED: Thank God for Kids 2020: 'Young people haven't given up hope, so I won't either'

He has covered every major sport story in the Dallas-Fort Worth area for almost four decades, but his favorite piece every year is Thank God For Kids, his Christmas tradition set to the Oak Ridge Boys song with the same title.

“There's not enough time in the day to list all the favorite moments of Thank God for Kids. There are enough memories from that to last me two lifetimes,” Hansen said last year.

He was the first local on-air broadcaster to receive the Radio Television Digital News Foundation’s Lifetime Achievement Award, which he was awarded in 2019.

RELATED: 'What we do matters': Dale Hansen honored with RTDNF Lifetime Achievement Award

“I’ve worked with Dale for a long time and always found his ability to author so eloquently what the human spirit feels around issues shaking the community a gift,” said WFAA Executive News Director Leslie McCardel. “It will be hard the next time we turn to him for his words and he’s not there.”

Hansen, who is originally from Logan, Iowa, never went to college and has had 11 jobs in his life (and been fired from nine of them).

He began his career as a radio disc jockey and operations manager in Newton, Iowa, before becoming a sports reporter at KMTV in Omaha, Nebraska.

He came to Dallas in 1980, spending just over two years at KDFW before moving to WFAA in 1983. Hansen served as color analyst for the Dallas Cowboys radio broadcasts in the 90’s when the team won 3 Super Bowls in four years.

Following his announcement, Dale sat down with the Jasons for a special episode of Y'all-itics to share stories from his 50 years of broadcasting. To listen to the episode, subscribe wherever you get your podcasts: Apple Podcasts | Google Play | Spotify | Stitcher | Amazon Music