A 17-year-old boy from Aberdeen wowed the crowd with a surprise performance from the audience at Michael Buble's Tacoma Dome concert on Saturday. 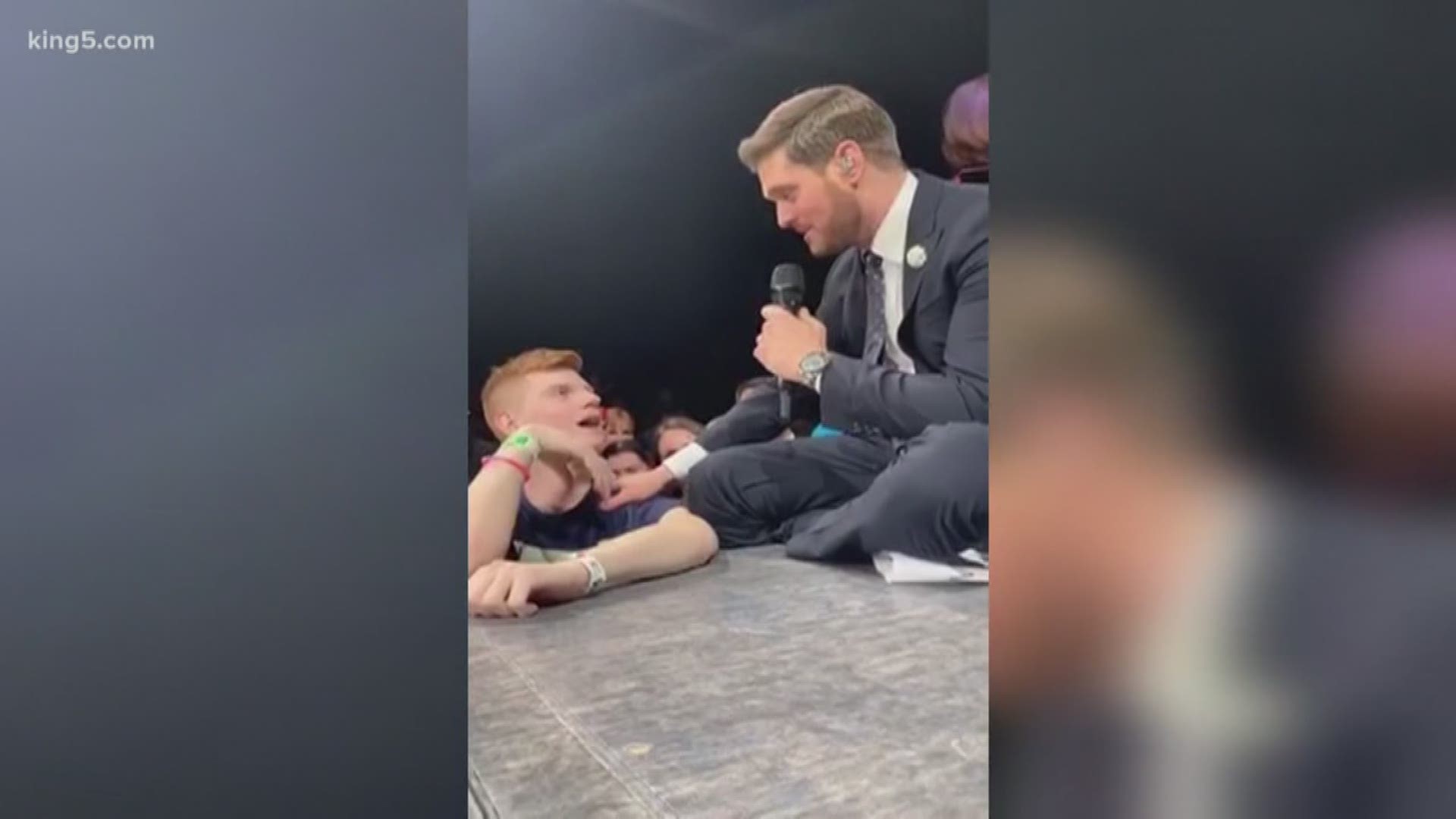 A teenager from Aberdeen, Washington went from spectator into the spotlight at Michael Buble's concert in Tacoma last Saturday.

Ben Fagerstedt, age 17, was standing in the audience at the Tacoma Dome when Buble sat down on the stage next to him.

Buble handed the microphone to Fagerstedt for introductions and then Buble said to the audience, "Ladies and Gentlemen, please welcome the next American Idol, Ben Fagerstedt."

Buble then started crooning, "I've got you..." and handed the microphone to Fagerstedt.

The teen wowed the crowd as he sang the rest of Frank Sinatra's classic song inside the newly-renovated Tacoma Dome.

Fagerstedt posted about the moment on his Facebook page, where it shows the teen is active in music and theatre.

After Saturday's concert, Buble tweeted, "Fun Fact: The largest audience to date on the tour happened tonight in Tacoma! #MBWorldTour"