The in-person 2020 festival was canceled due to concerns about the COVID-19 pandemic. 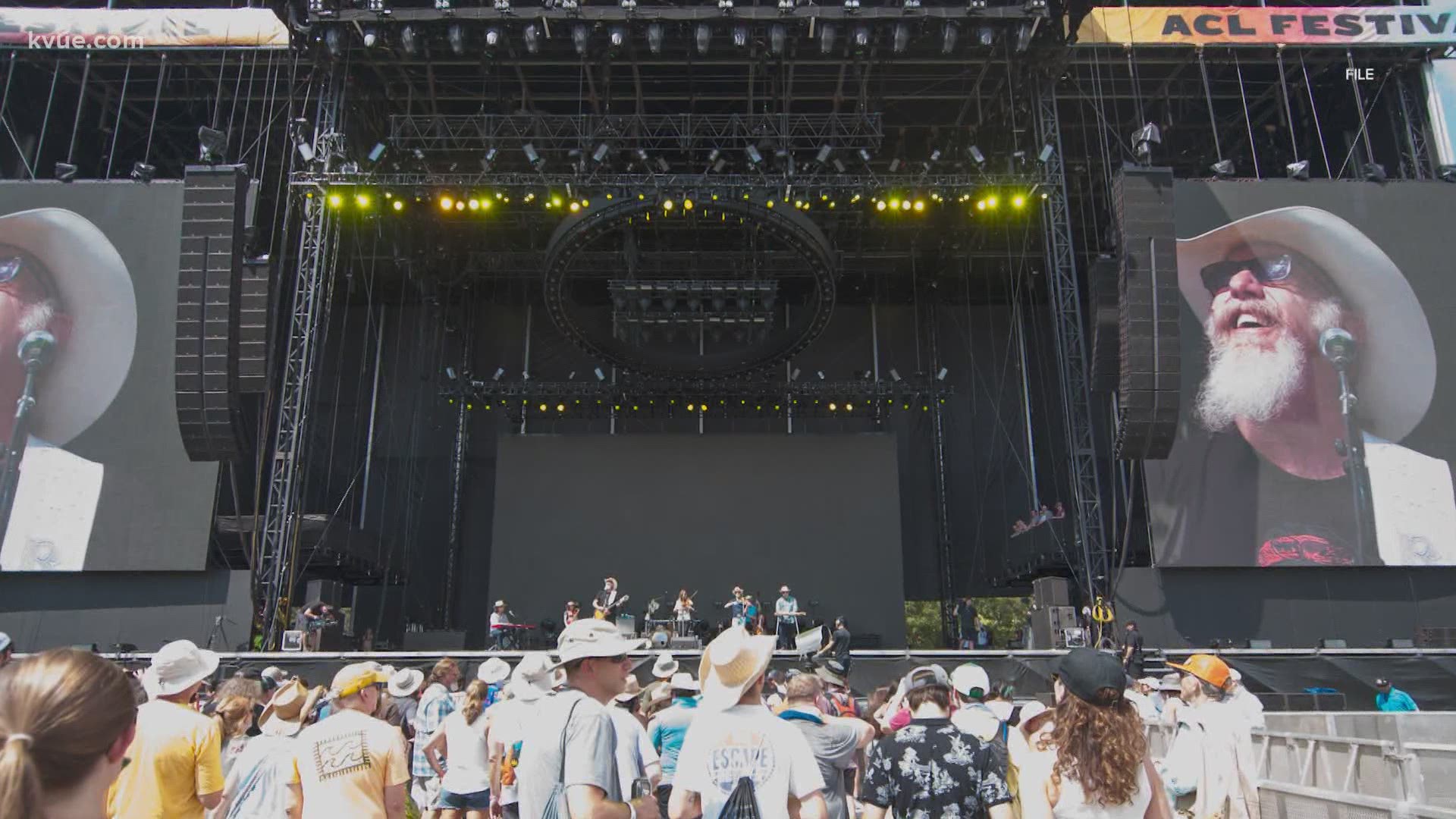 AUSTIN, Texas — The Austin City Limits Music Festival is hoping to return to Zilker Park this October for its 20th anniversary.

A message has appeared on the festival's website, reaffirming this year's dates and teasing the return of an in-person festival.

Tickets are not on sale yet for the 2021 event, and there is no word of who may appear on this year's lineup.

ACL Fest canceled its 2020 event last July due to concerns about the coronavirus pandemic. At the time, the festival stated it intended to return to Zilker Park on the weekends listed on the site.

"We will return to Zilker Park on October 1-3 and October 8-10, 2021 to celebrate our 20th Anniversary," ACL Fest said in July. "We encourage fans who have already purchased tickets to hold on to them to lock in access to next year’s festival at 2019 prices. Refunds will be made available for fans who purchased directly through the festival and cannot attend next year’s dates."

ACL Fest hosted a virtual event from Oct. 9 through Oct. 11, 2020, featuring broadcasts of famous performances from past festivals, including Paul McCartney, Willie Nelson and Billie Eilish.

In 2019, festival-goers broke travel records at the Austin Bergstrom International Airport with 31,165 travelers passing through for the second weekend. The festival brings in millions of dollars for the Austin economy every year.

This new message from ACL Fest comes just weeks before the start of Austin's other major festival, South by Southwest, which will be a virtual event this year. It also comes days after University of Texas Athletics Director Chris Del Conte said the school is planning for 100% capacity at football games this fall.

Farm in Fredericksburg still without electricity after 14 days, sees major loss of crop