Women and Fair Trade Festival sells homemade products for a cause

A portion of the sales benefited nonprofit, Austin So Close to the Border. 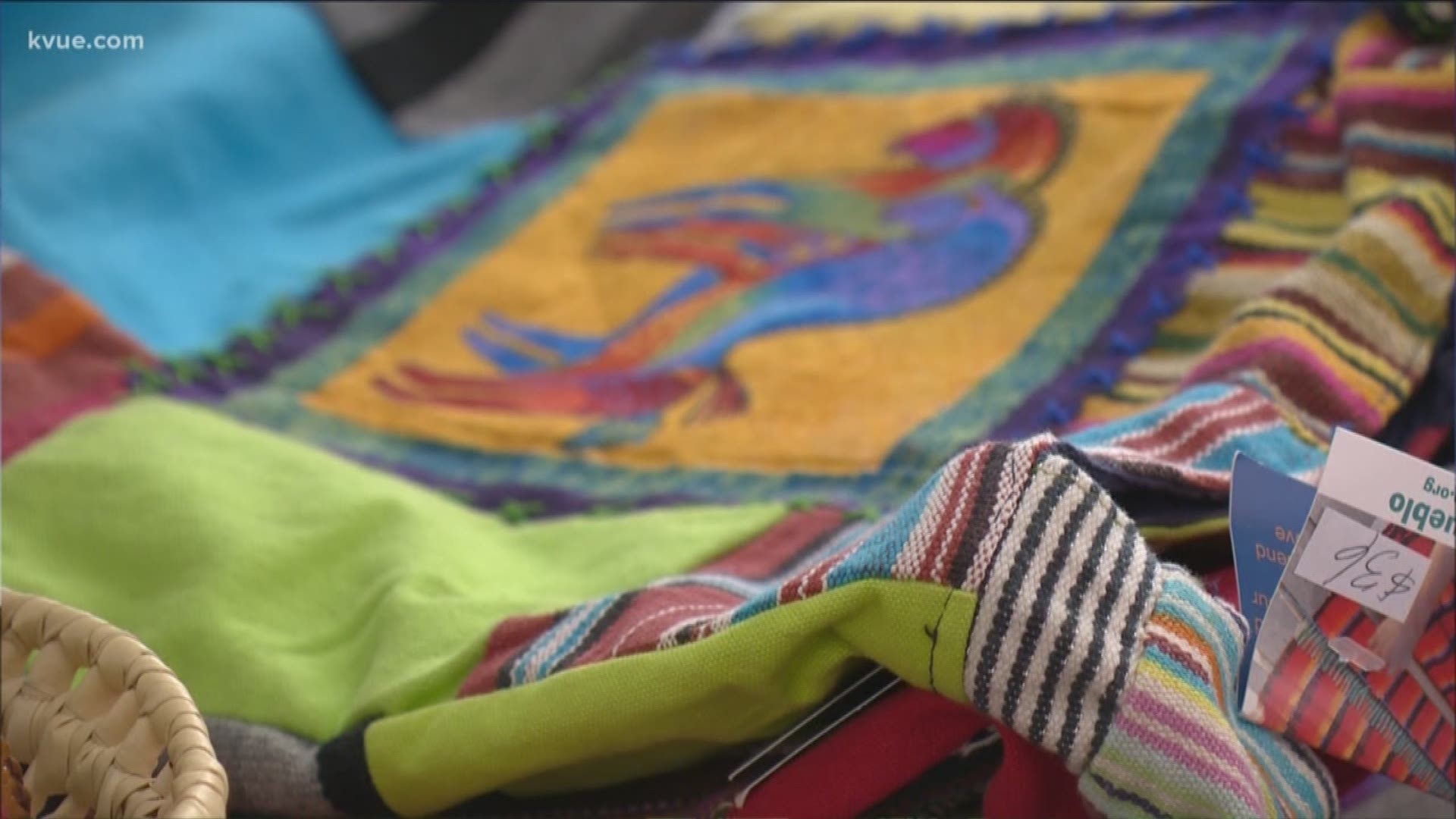 AUSTIN, Texas — It was an event where customers could shop for the holidays while benefiting a cause.

The 16th Annual Women and Fair Trade Festival featured products made from women and cooperatives from around the world.

Some of the items for sale included clothes, jewelry, pottery and soap from countries like Ecuador, Mexico, Guatemala and Palestine.

The festival was held at the First Unitarian Universalist Church of Austin in Central Austin. All the money will go straight to workers and not companies.

The event was sponsored by the nonprofit Austin Tan Cerca de la Frontera or "Austin So Close to the Border." The group raises awareness about labor and human rights issues.

Josefina Castillo is the group's president.

"The purpose of the sale is not only to sell but to let people know what fair trade is, which is the direct sale from producers to consumer," Castillo said.

Castillo said the group wants to raise awareness and influence the buying habits of consumers.

"When we buy outside, the benefits go to corporations. We just buy them unconsciously without knowing where your T-shirt or your blouse or where your jacket comes from and who's benefiting from it – and it's corporations," she said.

Ten percent of the sales from the event will go toward the nonprofit.