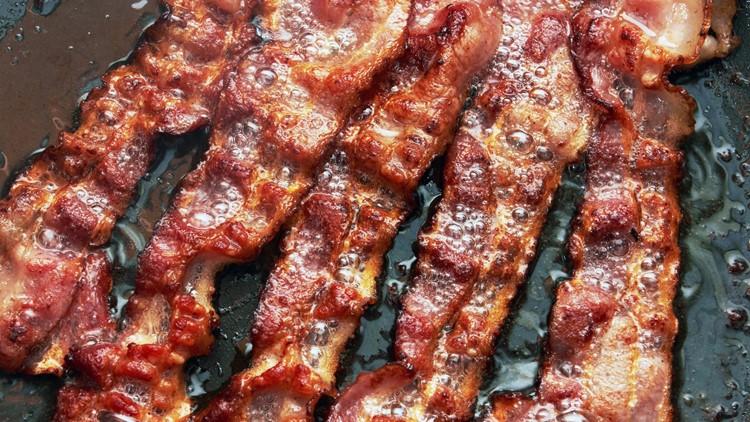 Photo by: Getty Images/iStockphoto
Bacon slice being cooked in frying pan. Close up.

The eighth annual Bacon Bash Texas will be held Saturday, Oct. 19, on the main street of Cranfills Gap.

Bacon Bash Texas is a bacon-themed cook-off and festival hosted annually as an effort to raise money for two causes: Niki Warms The Cold and the benefit of children with type one diabetes.

The 2019 event is projected to have more than 50 cookoff teams and will bring approximately 2,500 festival-goers to the Central Texas community. According to a release from Bacon Bash Texas, the winning teams will split a monetary payout of $10,000, with the top team being featured on the back of 45,000 packages of Pederson’s Natural Farms bacon, which is distributed across the nation.

Ticket holders will sample bacon and pork butt and be able to top it off with selections of craft and domestic beers, Bloody Marys, mixed drink cocktails and Texas wines. Texas wineries attending include Brennan Vineyards of Comanche and William Chris Vineyards of Hye.

In 2018, Bacon Bash Texas events were able to raise more than $97,000 for charities. This year, the organization aims to raise over $125,000 for Niki Warms The Cold and children with type one diabetes.

Niki Warms the Cold distributes coats and blankets to those in need across the state of Texas. Bacon Bash Texas has started a scholarship fund to send children with Type 1 diabetes to specialized diabetes camps and provide funding to families for a continuous glucose monitoring system.

Tickets are available online at baconbashtexas.com for $65. There are only 2,500 tickets available. Any leftover online tickets will be sold for $75 at the gate.

Bacon Bash Texas was founded in 2012, as an avenue for Pederson’s Natural Farms to raise money and awareness for causes close to the heart of its community. Over the last seven years, Bacon Bash Texas has raised more than $395,000 for supported charities.