The Backstory: The origin of Juneteenth

Even after freedom from slavery was proclaimed on the first "Juneteenth" in 1865, Black Americans struggled to overcome oppression. 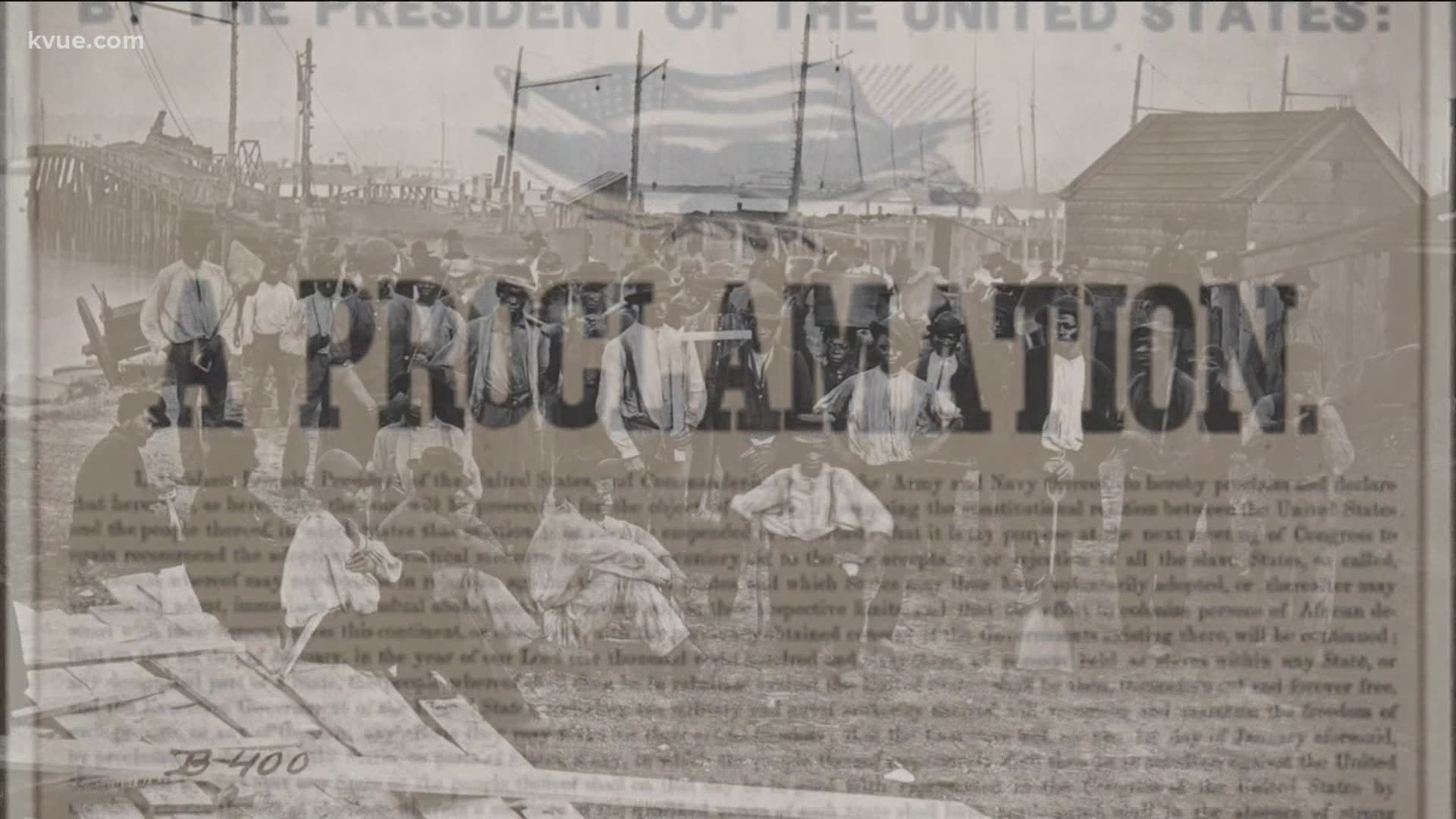 AUSTIN, Texas — With the end of the U.S. Civil War, 3.5 million enslaved Black Americans would be set free.

Even though President Lincoln’s Emancipation Proclamation had been issued two-and-a-half years earlier, it wasn’t until June 19, 1865 – the date now known as Juneteenth – that word reached Texas when Union General Gordon Granger announced the order to the people of Galveston.

As the news spread across Texas, 250,000 formerly enslaved people suddenly had to figure out how to make homes, put food on the table, and create better futures for their families.

But Confederate states like Texas were determined that ex-slaves would neither be truly free nor equal. The Ku Klux Klan and other white terror organizations used lynching and white riots against Blacks. Jim Crow laws and Black Codes forced an entrenched system of white supremacy and racial segregation.

There was so much violence against Black Americans that many would move to bigger cities like Austin, Houston and Dallas, where federal troops could offer protection.

Many Blacks in Central Texas would settle in what was known as freedman’s communities. In those enclaves,  freed slaves lived next to one another and established their own businesses, schools and churches.

So Juneteenth – then and now – has a special meaning, and is a cause for celebration.

“We celebrate Juneteenth, we educate folks about the significance, and then we continue to agitate and continue to engage in efforts of social justice to ensure that all people are able to enjoy what this country has to offer,” said UT-Austin Professor Dr. Kevin Cokley.

Now that Juneteenth has become a national holiday through legislation signed into law by President Joe Biden just this week, Dr. Cokley says he hopes more Americans of all races will learn about its meaning and significance.

Body of paddleboarder found in Quarry Lake in North Austin

Gov. Greg Abbott vetoes funding for Texas Legislature and its staff as punishment for Democrats' walkout on elections bill