Approximately 40 children from the San Angelo ISD and TLCA were treated to a shopping spree through the Operation Blue Santa program. 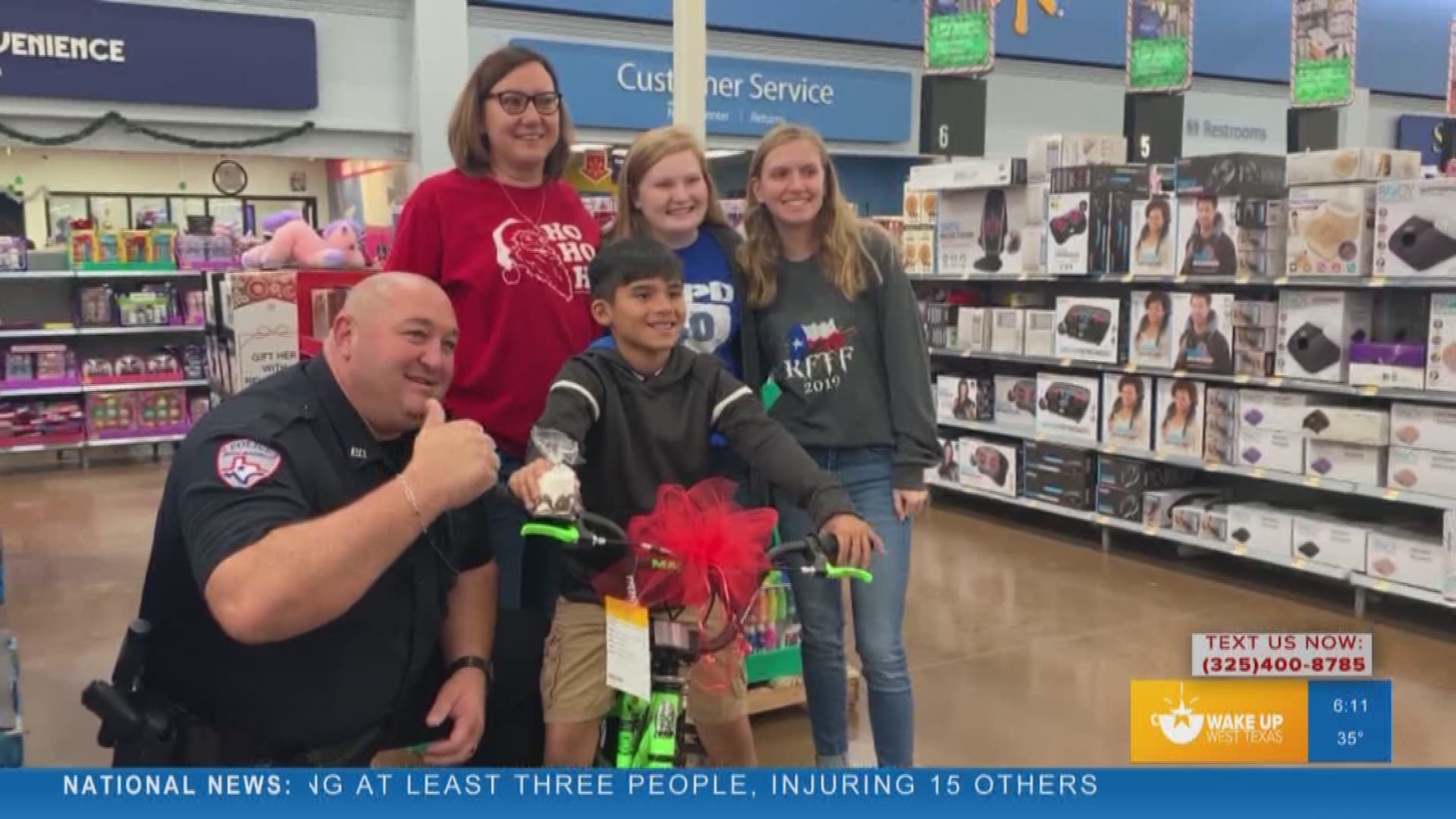 Operation Blue Santa, hosted by the San Angelo Coalition of Police, was held Saturday at the Walmart Supercenter on 29th Street.

SAPD officers were assisted by Goodfellow Air Force Base Security Forces members as children from the San Angelo Independent School District and TLCA were given the opportunity to Christmas shop with the officers.

Since 2007, the San Angelo Coalition of Police has helped children in San Angelo have a brighter Christmas with the Operation Blue Santa program.

As of 2019, more than 490 children have benefited from the program and had a Christmas they may not have had without the help. This year, approximately 40 children were served by the program.

Each year, the San Angelo Independent School District and TLCA are contacted by SACOP and asked to make the selections of students most in need.

"It's humbling. We get a lot of laughs, a lot of smiles from the kids," Officer Raymond Francis, project coordinator, said at last year's event. "It lets the police department reach back out to the community and shows that all we want to do is help and take care of our community."

Saturday, SAPD officers who had participated in the program for years were joined by some first-timers.

"It's amazing. Every time we go out to seek donations with the officers who put this together with the community, more and more businesses and people want to be part of this awesome event," Hernandez said.

"Well, every time you have the chance to do something in the community, especially when it has to do with kids, you jump on it," he said.

The shopping trips are funded through private donations sent to the San Angelo Coalition of Police annually.