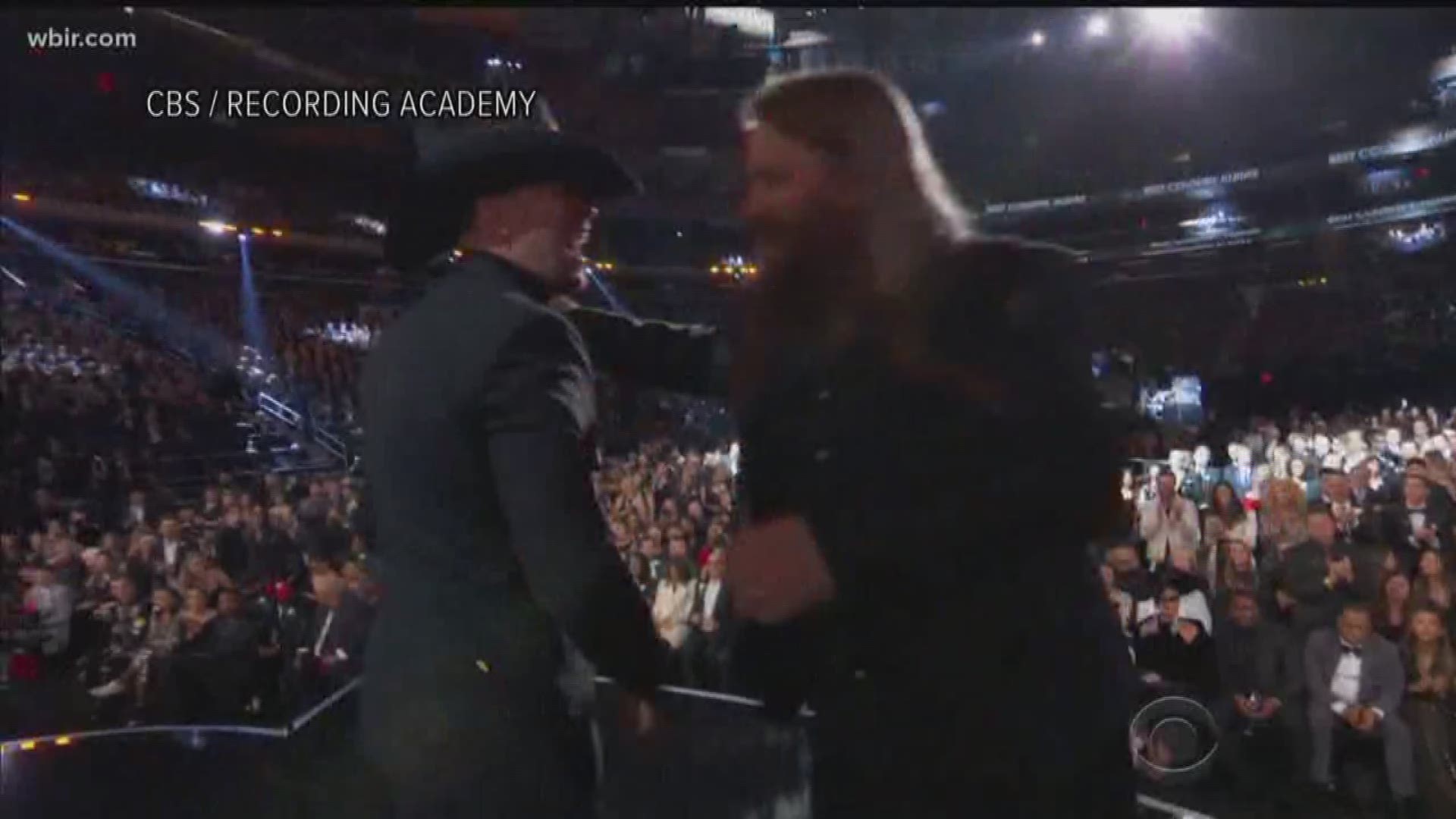 AUSTIN, Texas — Editor's note: The related video above features the singer accepting an award at the 2018 Grammys.

Chris Stapleton is heading over to the Texas Capital.

The country music star is scheduled to perform at the Frank Erwin Center on March 12. Jamey Johnson will be his special guest at the concert.

Some of his hit songs include, "Either Way," "Tennessee Whiskey," "Broken Halos," "Fire Away" and "Millionaire."

If you're not able to make it to the award-winning artist's Austin performance, he's also scheduled to put on a show in Arlington, Texas, and Corpus Christi, Texas.

Pedophiles want photos shared on social media. Here's what to know before you post a picture of kids

Towed three times in three weeks: Fort Worth couple says they've now lost their jobs because they can't get to work