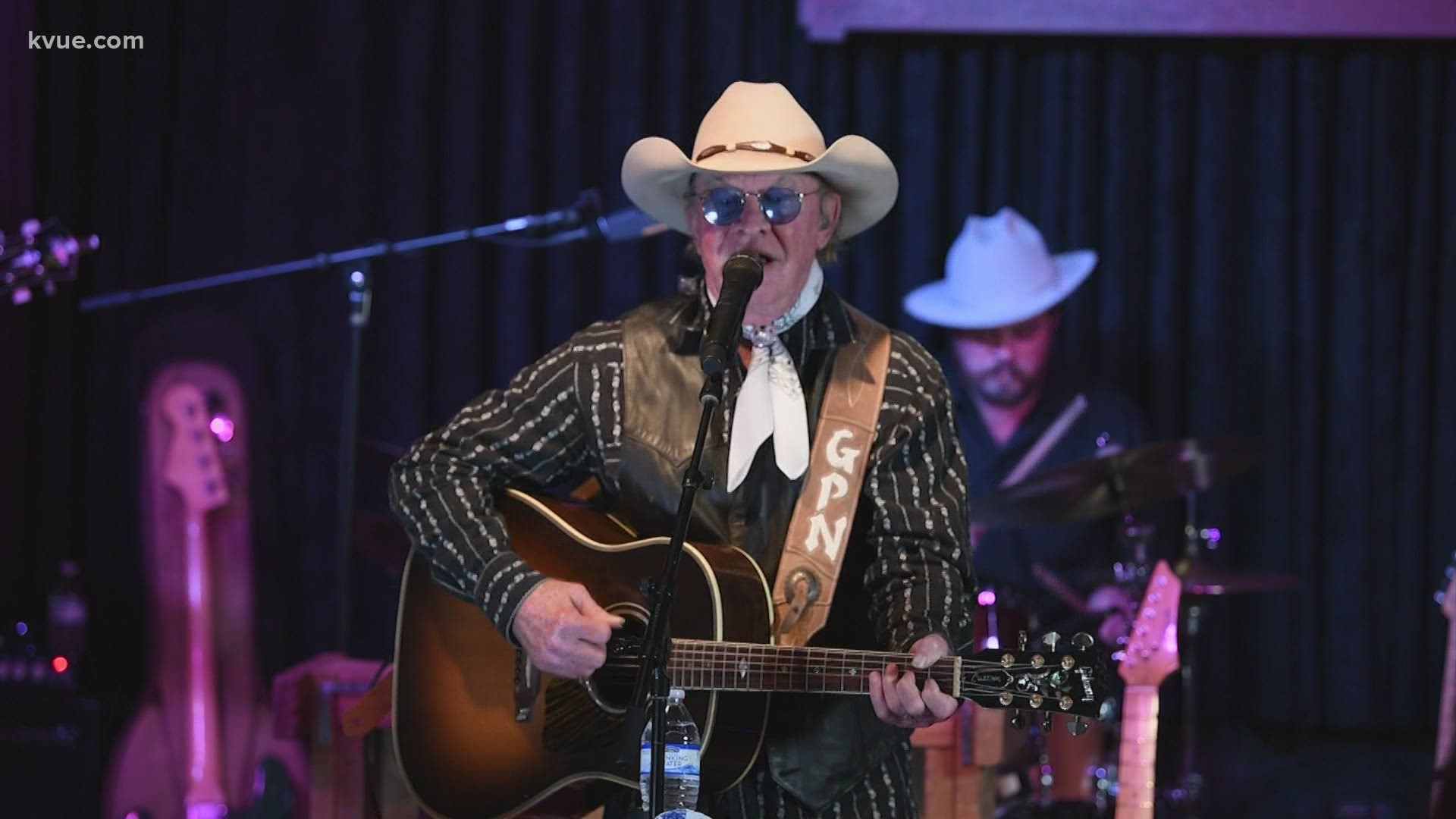 AUSTIN, Texas — Austin musician and outlaw country pioneer Jerry Jeff Walker has died at age 78, according to multiple sources including American Songwriter and The Hollywood Reporter.

Most widely known for writing "Mr. Bojangles," Walker is known to Texans as something of a founding father of the outlaw country sound alongside contemporaries like Willie Nelson and Gary P. Nunn.

According to American Songwriter, Walker was born Ronald Clyde Crosby in Oneonta, New York. He was part of the 1960s Greenwich Village folk music scene before adopting his new name in 1966 and writing "Mr. Bonjangles" in 1968, based on a stint in a New Orleans drunk tank.

According to American Songwriter, Walker's version of the song only reached No. 77 on Billboard's Hot 100 chart, but the version recorded by the Nitty Gritty Dirt Band in 1970 was a big hit and the song has been recorded by well over 100 artists since.

We are very sorry to learn of the death of the great Texas singer/songwriter Jerry Jeff Walker, a guiding light in Austin and Texas music in general. We'll have more to say about him and his ACL legacy on Monday. https://t.co/iqorwCUtjI

In the early 1970s, Walker moved to Austin and "reinvented himself as a Lone Star country-rocker," according to his official website. His website states he has been a "fountainhead and inspiration" to younger musicians such as Robert Earl Keen, Pat Green, Jack Ingram and Garth Brooks.

Walker recorded a string of mainstream records for MCA and Elektra before forming his own independent record label, Tried & True Music, in 1986.

According to the Associated Press, Walker was diagnosed with throat cancer in 2017 and was undergoing chemotherapy and radiation as of 2018.

Walker was inducted into the Texas Heritage Songwriters Association Hall of Fame in February. His final album was "About Time," released in 2018.

On Saturday, Austin's Paramount Theatre paid tribute to Walker with a special marquee.

Credit: Courtesy of the Paramount Theatre

He is survived by his wife and manager, Susan, and his children, Jessie Jane and Django.

Up and down trend of temperatures before Monday's cold front whopper

15-year-old Central Texan hopes to get adopted before adulthood

COVID-19 infections and hospitalizations continue to rise in Texas