The last few months our team has delivered the "Moment of Zen" to your screens, but this is a more in-depth point of view about of the many "Moments of Zen." 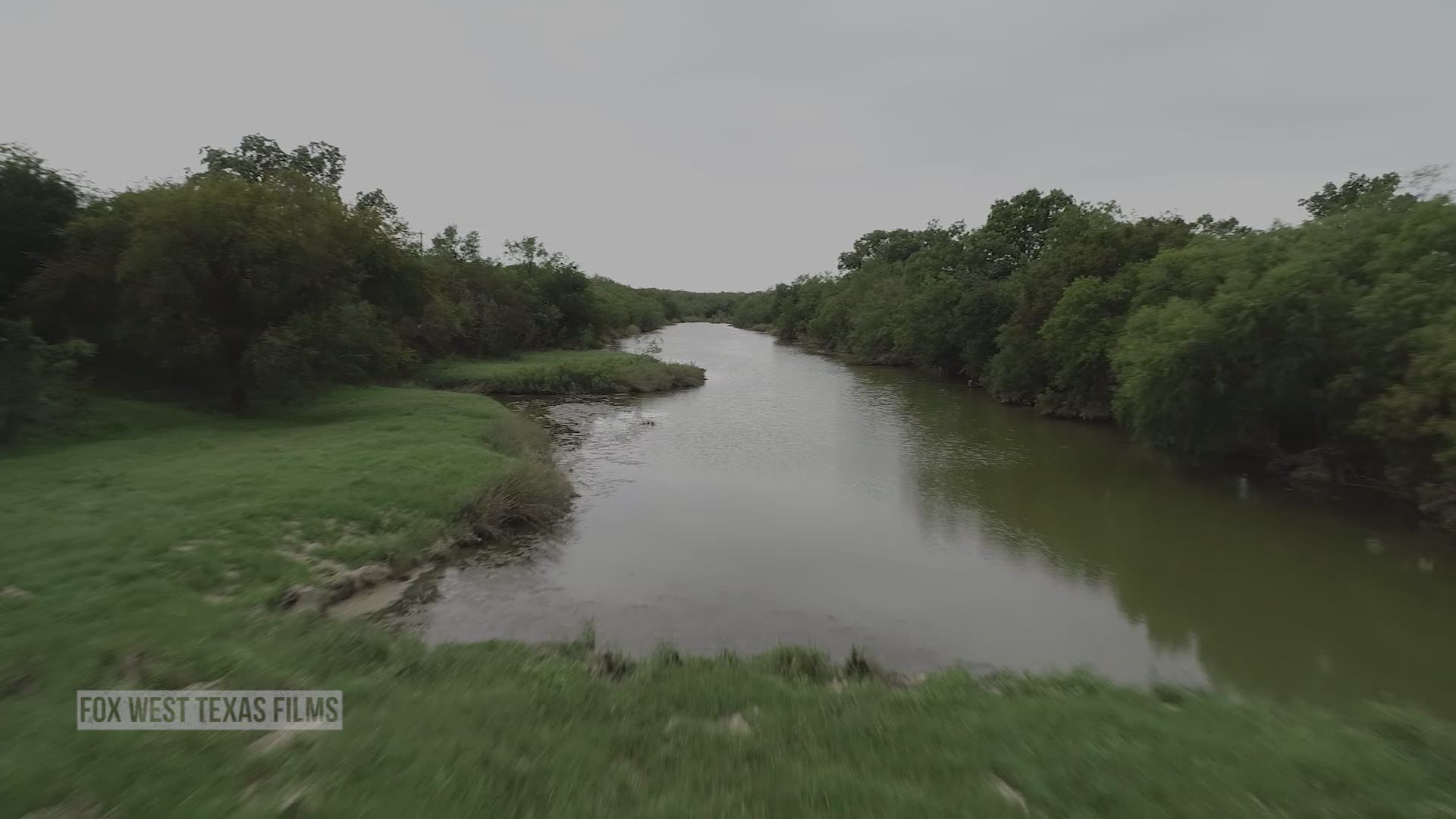 SAN ANGELO, Texas — For the last few months, our team brought the "Moments of Zen" to your screens, the sights and sounds of nature in West Texas, but today we present a more in-depth point of view about one of the many Moments of Zen that I have presented.

From the flowing Concho River, to the bone-dry Red Arroyo, or to the scenic views of the Divide in Coke County.

The Concho Valley is a beautiful place nestled in West Texas.

Its sights and sounds might be ordinary to some, but there’s history behind every one, such as the Red Arroyo. It’s a three-mile-long gully that begins in the San Angelo State Park, travels through the city and runs into the Concho River. The arroyo easily floods during torrential downpours, but most of the time it remains dry. It is named the Red Arroyo because of the rusty red color of the river bottom.

I decided to dig a little deeper into its history.

Before we get into an inside look about the Red Arroyo, I contacted Larry Riemenschneider to get a better understanding of the past significance of this waterway. He has been a volunteer regional steward for the Division of Archaeology for 30 years.

Riemenschneider explained archaeology is the study of human remnants. The human remnants, or artifacts, are discovered and studied to determine how the artifact was utilized.

Archaeology is found everywhere across the Concho Valley and Big Country. As a matter of fact, anything more than 50 years old on any site is considered archaeological; for example, small arrowhead fragments, piles of buffalo bones, or even large structures.

Over the years, archaeological survey teams and even construction crews have found evidence of civilization by which, many indicators have been left by the Southern Plain Native Americans who resided on the banks of the Red Arroyo.

In prehistoric times, many people lived on the banks of the Red Arroyo. The same people that lived and thrived along the Red Arroyo left a lot of evidence that there was once civilization.

Riemenschneider said things such as grinding stones and grinding bowls where the Native Americans ground their grasses, seeds and meats, were evident there. One type of grinding bowls is the bedrock mortars. These are located on streams, usually made from limestone rock, and they ground their food on this.

As time passed, this spot became a hole because of grinding rock-on-rock, which also created grit, therefore the inhabitant’s teeth broke down quicker.

There used to be civilizations because waterways were considered the best form of transportation and even the best place to find food.

Today, the Red Arroyo has a nice walking trail and the headwaters are home to San Angelo State Park.