The Duke family on Ashford Drive is going above and beyond to spread Christmas cheer this holiday season. 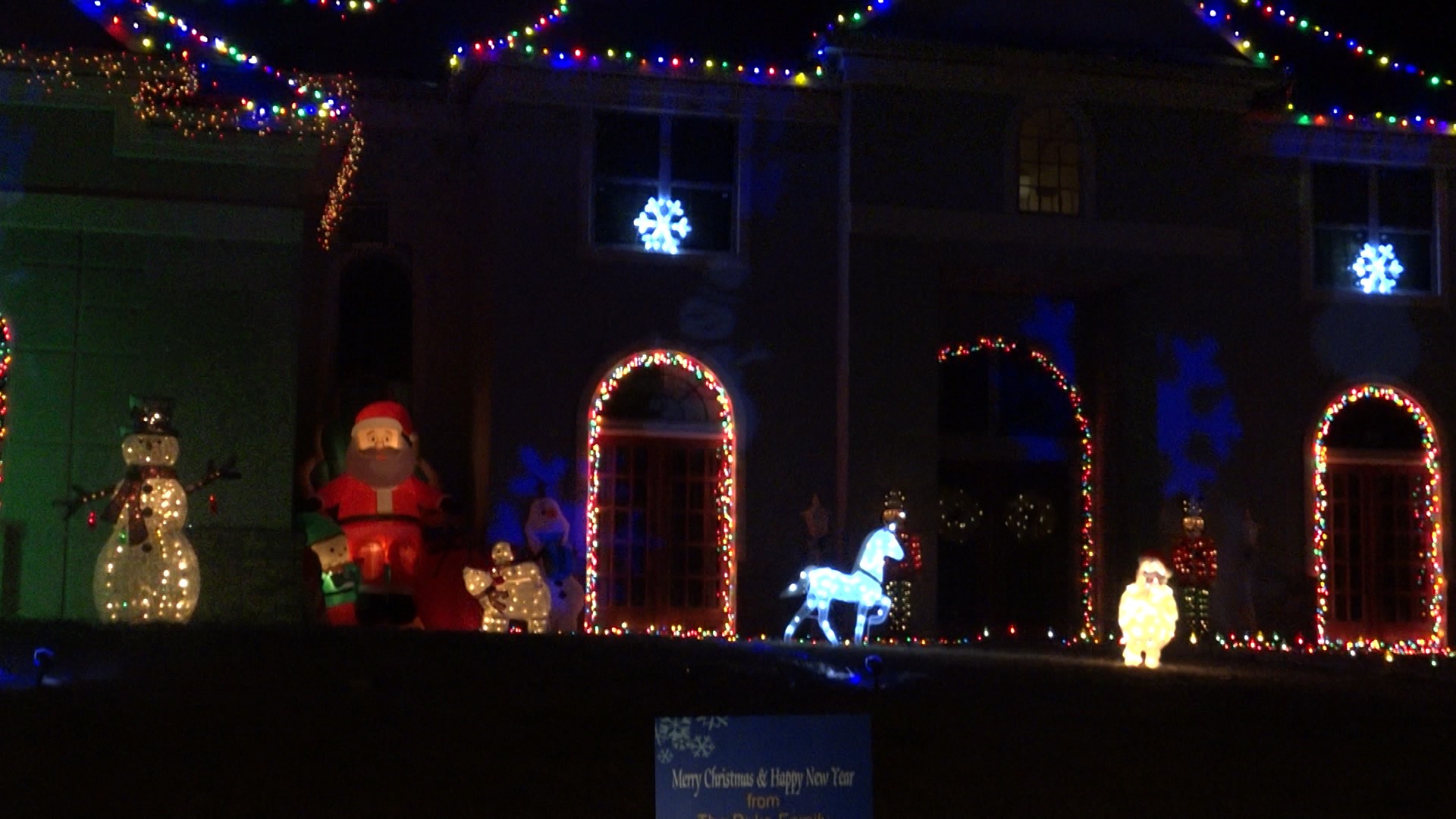 Courtney and Brandon Duke started their extravagant Christmas light show years ago but took a brief hiatus when they welcomed a new baby girl into the family a few Decembers ago. This year, regardless of the struggles they've been through, which includes losing a family member to COVID-19, Courtney and Brandon Duke decided this was the year to bring the Christmas light show back to the community and spread some much needed holiday cheer.

"We were kind of just like, 'okay, this is definitely a year that we've been affected, our friends and family have been affected, So it's something that we wanted to put together where they can just come out, stay in their cars, they don't have to get out, and they'll be able to see stuff," said Courtney Duke.

Courtney and Brandon say it seems they had the right idea, because based on the increase in traffic this year, the citizens of San Angelo seem to need this holiday cheer now more than ever.

"We actually have received a lot more feedback than we normally do, and we've actually seen a lot more traffic this early. It does appear that there's a lot more turnout," said Brandon.

Everyone that drives by the Duke's light show can turn their radio channels to 98.3 FM, where music is played that matches the movements of the lights. Brandon and Courtney use software that allows them to tell each light what to do with each note. They say it took them more than a month to put together the first time, but now that they're slowly becoming experts, they plan to make next year's display even more epic.

"Starting next year we're going to start adding more RGB lights and pixels, where you can see the individual lights chase each other and the lights can all change colors," Brandon said.

The Christmas light show will run through the end of the month, every night from 6:30-11:30.