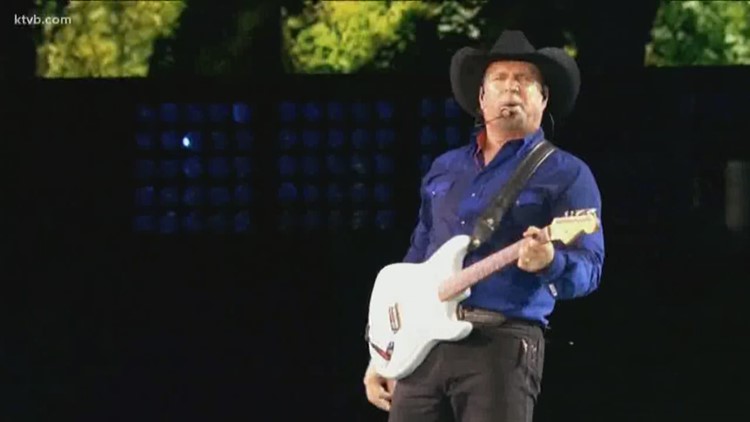 Photo by: Courtesy photo
Garth Brooks will perform at Albertsons Stadium in Boise on July 19 and 20.

Second Garth Brooks concert in Boise is sold out

BOISE, Idaho — A second Garth Brooks concert at Albertsons Stadium has sold out.

The announcement came Friday morning, three weeks to the day after tickets went on sale for the July 19th show in Boise.

The country music star will play two sold-outs shows here. Around 40,000 fans are expected to attend each performance. Both shows start at 7 p.m.

Tickets for the first show on Saturday, July 20, sold-out in less than an hour.

Gov. Brad Little helped bring a second concert to Boise by making a phone call to Brooks.  He said his office got a lot of requests to schedule another Boise show.

People attending the July 19th show will get a special treat. Brooks said he will be performing with Blake Shelton and debut a new song called "Dive Bar" for the first time that night.

The concerts will be Brooks' first performances in Boise in more than 20 years.