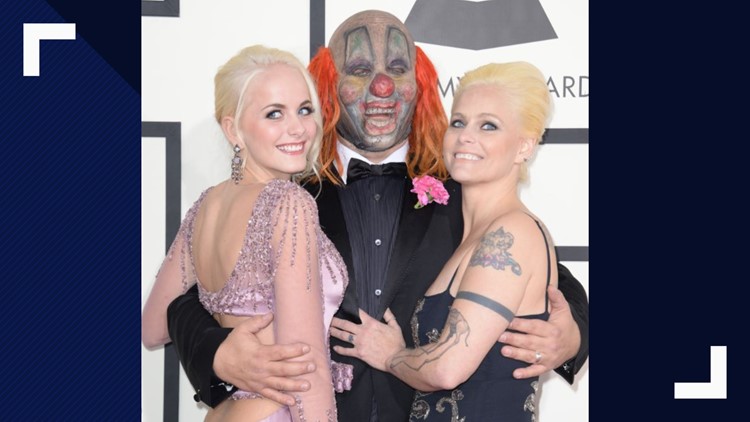 Photo by: KARE
Slipknot's Clown with his wife and daughter at the Grammy Awards.

Fans and musicians are sending their condolences after M. Shawn Crahan, known as "Clown" from Slipknot, announced the death of his 22-year-old daughter Gabrielle Crahan.

The percussionist revealed in a post to Twitter that his youngest daughter died on Saturday. He did not reveal the cause of death.

"It is with a broken heart, and from a place of the deepest pain, that I have to inform all of you that my youngest daughter, Gabrielle, passed away yesterday - Saturday, May 18th, 2019," the post said.

Clown also asked for privacy as his family copes with the tragedy.

Fellow musicians took to Twitter to respond to the news.

Matthew Heafy from Orlando-based metal band Trivium sent his love to the family.

Rock band Papa Roach said their hearts are broken over the family's loss.