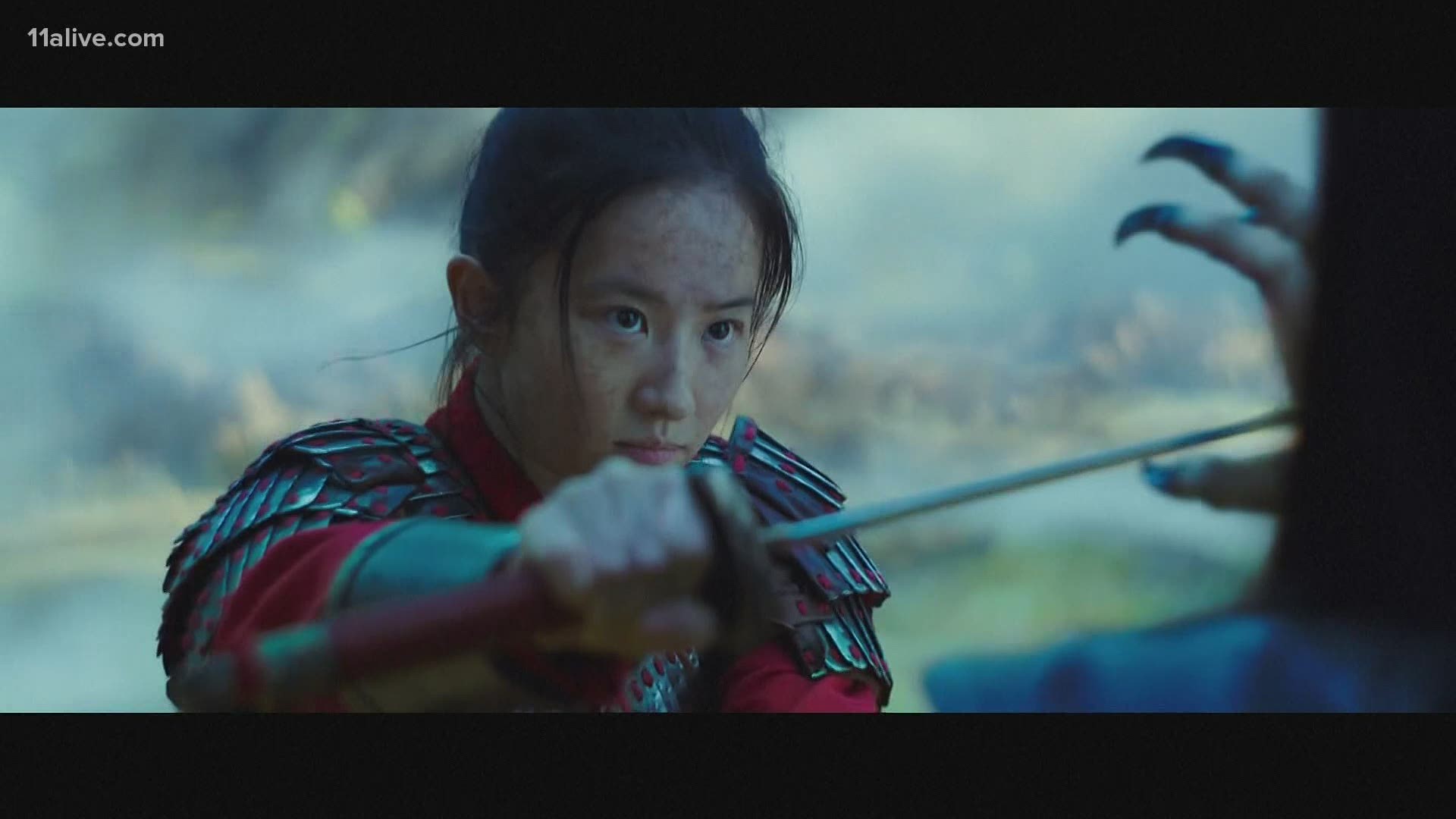 LOS ANGELES — Over the weekend, a push to boycott one of Disney’s newest and biggest live-action films heated up on social media.

Critics are saying she supported police brutality of protesters there.

The comments caused a stir on social media, spawning the boycott Mulan hashtag, which regained prominence since the film's release.

Critics say if you believe in human rights you'll boycott the movie.

B. Allen Ebrahimian, a China reporter for Axios, weighed in on the film’s ending credits noting special thanks to Turpan Public Security Bureau. The bureau has been of accused of helping China’s communist government imprison Muslims in concentration camps.

Writer Shawn Zhang, a Twitter user who often speaks out in support of issues impacting the Asian community, sounded off Monday afternoon.

The backlash is getting mixed reactions online.

"Disney has already made millions online. Boycott of this movie is pointless," Bryan O'Neill wrote on Facebook.

"Here we go!! Everything is a complaint my god. If you don't want to watch the movie don't watch is that simple," Jody Freeman said.

The live-action remake also features a celebrated international cast that includes Donnie Yen as Commander Tung; Tzi Ma as Zhou, Jason Scott Lee as Böri Khan; Yoson An as Honghui; Ron Yuan as Sergeant Qiang; with Gong Li as Xianniang and Jet Li as the Emperor.

As many movie theaters remain closed because of the pandemic, Disney+ offered fans premier access to watch “Mulan” for $29.99 so that fans could watch at home.