Tattoo and art enthusiasts attended the convention where artists and vendors showcased designs, art and merchandise. 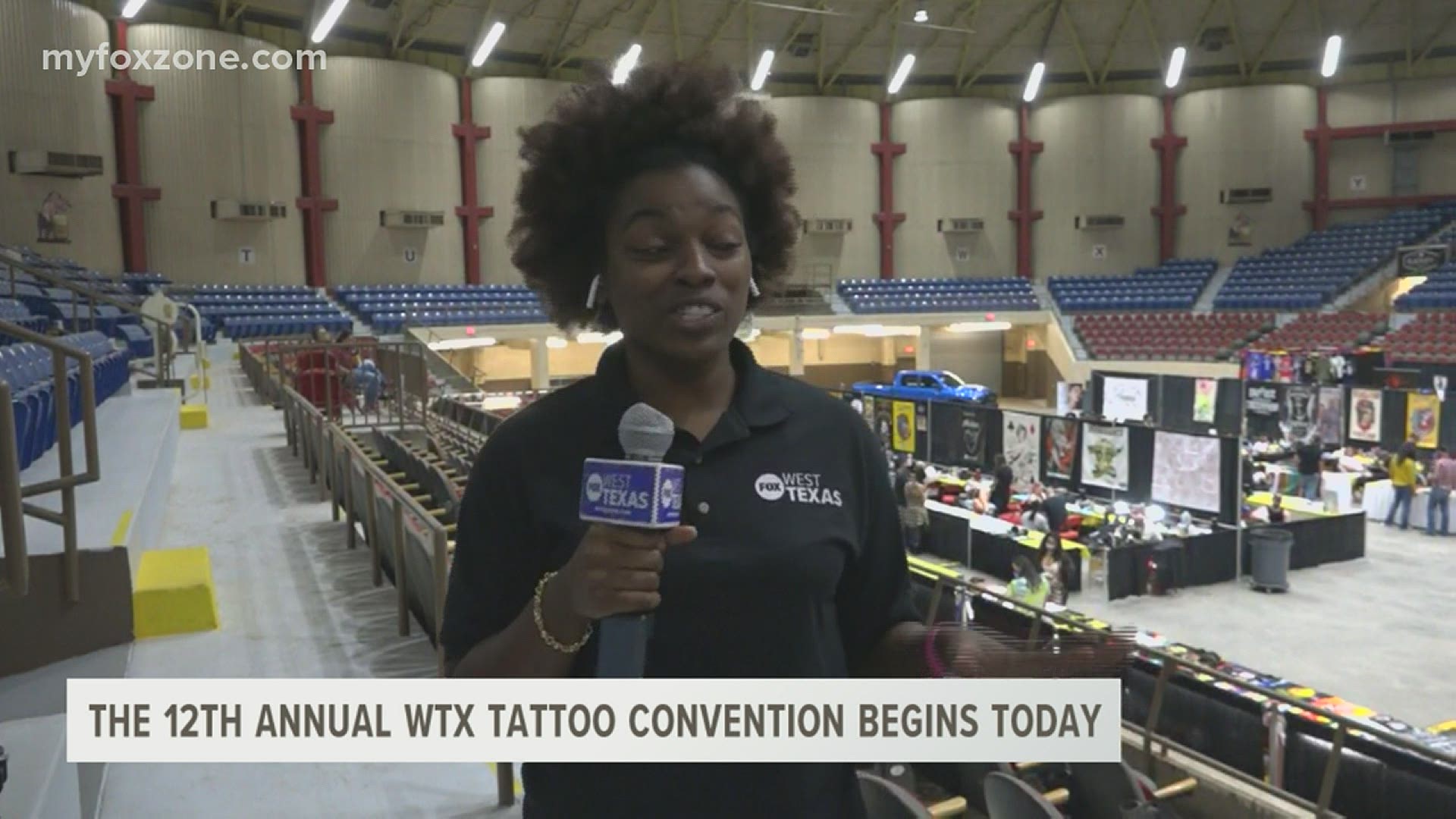 Brothers, Alex and Robert Trufant have organized the convention for the past 12 years.

According to Alex Trufant, there are approximately 140 tattooists.

“Normally we have people from all over the world, but this year because of COVID we only had people from the United States, a couple from Mexico,” Trufant said.

Artists are chosen to attend the convention. “I’ve met most of these guys doing tattoo conventions around the country, ” Trufant said. “became close with all these guys and invited them to experience West Texas where I am from. “

Anyone can have a tattoo done at the convention, as long as they at least 18- years old. Payment can be made in cash or electronically.

Some tattoo artists flew in from abroad, as was the case for Kiki Platas, owner of Tinta Distinta.

Platas flew in from Tijuana in Mexico for the convention.

Clients can bring in their own designs, if they wish, according to Platas.

In addition to tattoos, attendees can find custom art pieces made by local artists, such as Hollie Harkrider of Hollie Hark Designs.

Harkrider makes custom art pieces for people’s homes and is a first-time participant at the convention.

“What I am focusing on at this show is these wooden hands with original designs inspired by tattoos,” Harkrider said.

Harkrider was previously an art teacher and a tattoo artist. She has been doing art for a long time, but really pushed her business this year.

Some attended in search of a new tattoo, while others browsed as was the case for first-time attendee, Robert Roy.

“My friends came here and I just kind of tagged along,” Roy said. He has never gotten a tattoo and said why not.

Roy said he may get a tattoo. “Something like alien stuff probably with the pyramids and a spaceship,”