Akash Vukoti, the first-ever first-grader to compete in the Scripps Spelling Bee, is featured in the recent Netflix documentary "Spelling the Dream." 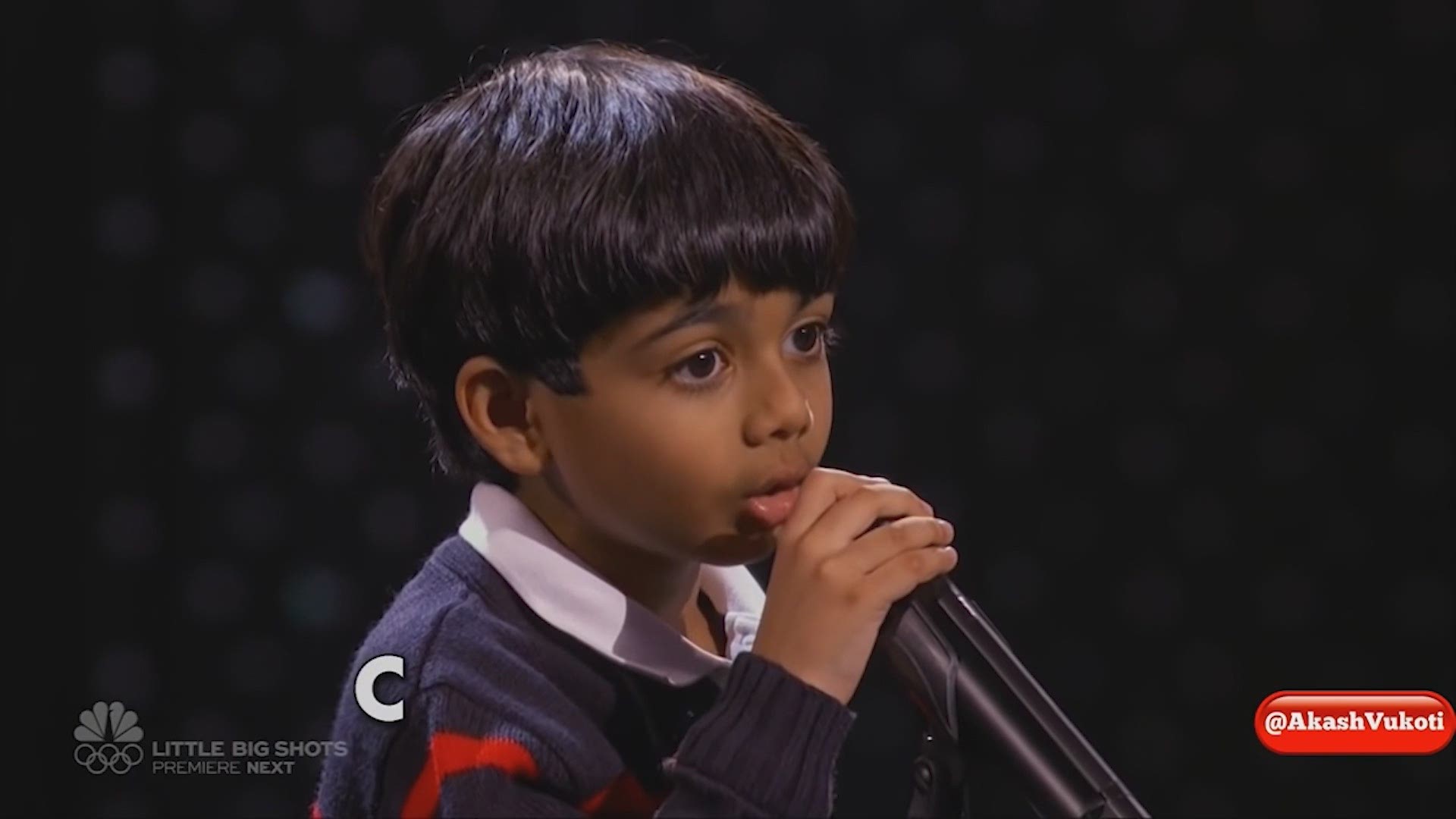 SAN ANGELO, Texas — At the age of six - when most children are learning how to read - San Angelo resident Akash Vukoti was learning how to master the English language, which is just one of three languages he speaks fluently.

In 2016, Akash became the first-ever first-grader to compete in the Scripps National Spelling Bee.

"I had just broken the spelling bee record. I'm the youngest boy to compete at the bee. I made history there. It's something that I'm never going to forget," Akash said.

Akash competed in his first spelling bee at just two and a half years old. At three years old he scored in the top 2% of the population's IQ, which gained him membership into the American MENSA: an international society for people with high IQs. Now, at 11, Akash is one of the star subjects in the recently released Netflix documentary "Spelling the Dream."

It's safe to say Akash is used to the media attention. Since competing in the Scripps National Spelling Bee in 2016, Akash has been featured in shows such as Little Big Shots, Dancing with the Stars, and Jimmy Kimmel Live.

Although this year's Scripps Spelling Bee was canceled because of COVID-19, Akash has had no problem staying busy. When he and his sister, Amrita, aren't studying spelling, they study their favorite subjects: geography and history.

When Akash grows up, he wants to be an astronaut and (since his experiences in Hollywood) a television show host.