Man accused of killing, dismembering and burying a 30-year-old woman in his Southside backyard heads to trial Monday. 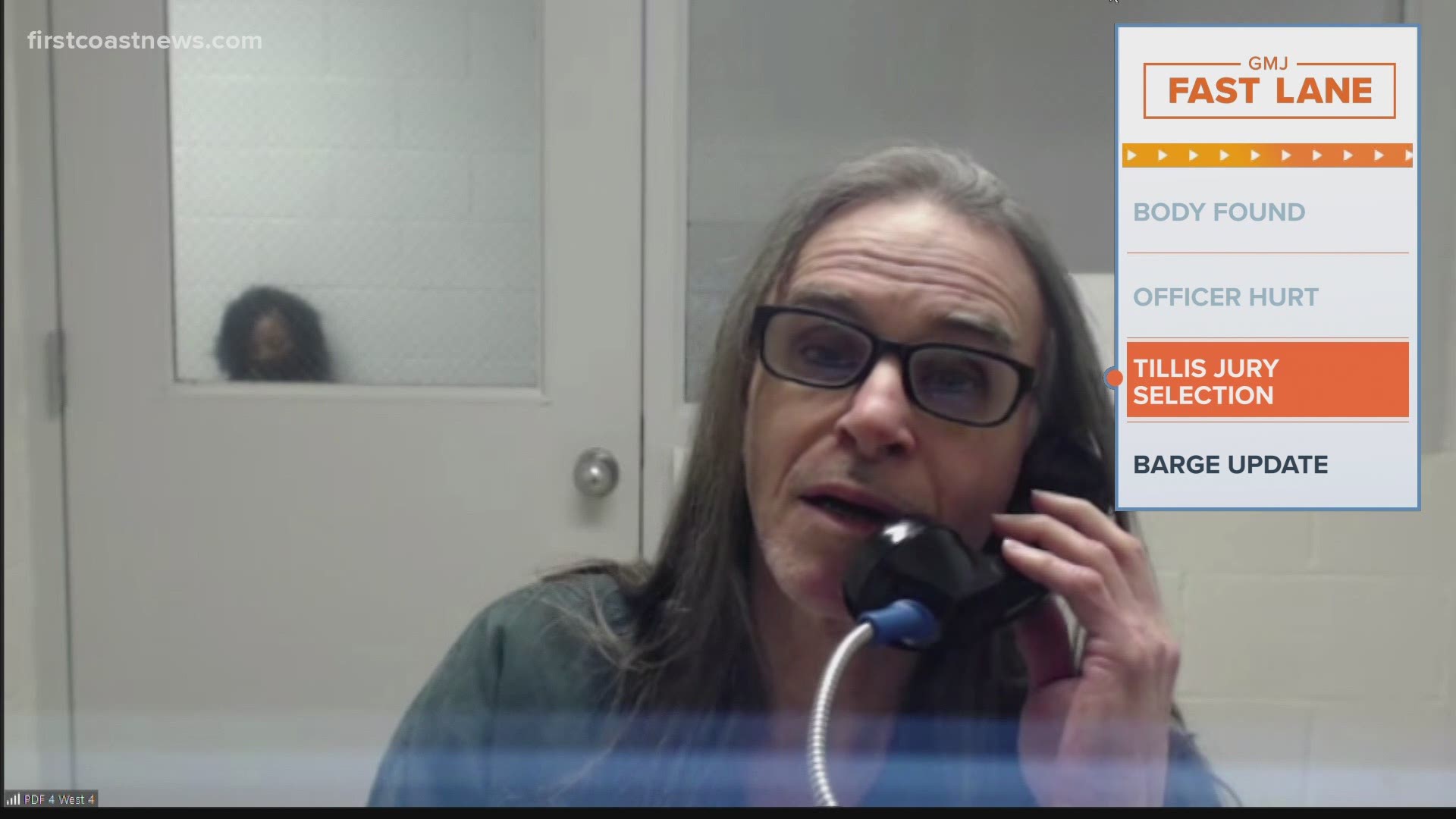 JACKSONVILLE, Fla. — After more than four years and eight postponements, the death penalty trial of Russell David Tillis, 59, is scheduled to get underway Monday morning at the Duval County Courthouse.

Here are five things to know about the case:

Tillis is charged with murder, kidnapping, human trafficking and abuse of a dead human body in the death of Joni Gunter, believed to be about 30 at the time of her death. In February 2016, Gunter’s dismembered remains were found buried in three holes in the backyard of Tillis’ Southside home at 3551 Bowen Circle E.

According to prosecutors, Gunter died of blunt force trauma to the head sometime between Feb. 3, 2014 and May 28, 2015 (the day Tillis was arrested on unrelated charges). Gunter was identified when DNA samples taken from her remains matched DNA on file with the Florida Department of Law Enforcement.

Police describe Gunter as transient, with a history of prostitution, characteristics that match Tillis’ other alleged victims, at least one of whom will testify at trial (see No. 4).

Life and death. Tillis faces the death penalty if convicted for crimes the state has characterized as “especially heinous, atrocious and cruel.” Tillis was first arrested in May 2015 on charges of aggravated assault and battery on police officers.

Two JSO officers who tried to serve him with a warrant found his yard booby-trapped with razor blades and nails stuck into boards – one of which penetrated the foot of an officer.

While in jail, a fellow inmate recorded Tillis confessing to holding multiple women captive in his house and sexually assaulting them. He also described killing at least one woman, and said there was a body buried on his property. After hearing the confession, police excavated Tillis’ backyard and found Gunter’s remains. (Tillis now claims he faked the confession in an effort to get the death penalty at a time when he was feeling particularly despondent.)

According to prosecutors, Tillis confessed three times – twice to a jail inmate named Sammie Evans who was wearing a wire, and once to Prosecutor Alan Mizrahi. In the jailhouse recordings, Tills confessed to keeping women as captive sex slaves in a soundproofed room, and killing and dismembering at least two with a reciprocating saw. (Tillis does not dispute confessing, but claims he did so strategically, and that the confession was fale.)

The third “confession” is only partially publicly available, but includes Tillis offering to plead guilty to Count 4 (abuse of a dead body) if Mizrahi agreed not to seek Habitual Offender status (see No. 5), and to drop the kidnapping and human trafficking charges. In exchange, Tillis said, he would provide a conversation secretly recorded conversations that would reveal “all the facts about how that [murder] occurred  … who committed the crime, and how it was committed, and my involvement in the crime.”

“Are you telling me you can testify against the person that killed Joni Gunter?” Mizrahi asked. “You call this guy in,” Tillis suggested. The party on the other end of the conversation is not law savvy.” (Tillis later said he fabricated the phone recording.)

4. Other victims, other suspects?

Police have always believed that Tillis had multiple other victims, and at least one alleged victim will be allowed to testify at trial. That woman testified at a recent hearing that Tillis chained her to a bed, raped and beat her. When she was able to escape, she testified, “I ran for my life.”

Other women claim they were brutalized by Tillis but never reported it – either because they didn’t think they would be believed, or they didn’t believe anyone would care.

Police have considered the possibility that Tillis had assistance with the murder and accomplices in sex trafficking. In the jailhouse recordings, Tillis claimed his brother Claude Tillis participated in the murder. Claude Tillis was interviewed by police but never charged. Tillis also named other men whom he says participated in the sexual exploitation of the women held captive in his home, but none have been charged.

5. What are the possible outcomes?

If convicted of the murder of Joni Gunter, Tillis faces the death penalty. Death penalty trials are held in two phases – a guilt phase and a penalty phase. Each phase has the same jury, but operate like independent trials, each with its own jury deliberations.

The jury must unanimously agree on the death penalty.

Credit: JSO
Joni Gunter, believed to be 30 when she was killed

Six hundred jury summons have gone out for the Tillis trial.

404 potential jurors are expected to report for jury duty. The remainder has “either been excused or availed themselves of a postponement of their jury service,” according to the Clerk of the Circuit Court’s office.

Because of COVID courthouse rules, jurors will be vetted in four groups of 30 on Monday and Tuesday, until a jury is selected.

Unlike other criminal trials in Florida, which only require six jurors, a death penalty case requires 12 jurors. At least two alternates will also be selected. Opening statements are scheduled to begin Wednesday, April 7, and the trial is expected to last two weeks.

Since the case began, Tillis has cycled through at least 14 lawyers and represented himself pro se at several points. As he heads into trial, Tillis is represented by two lawyers – Charles Fletcher and Donald Mairs – and is also representing himself, something Circuit Judge Mark Borello has described as a “Gordian knot” of his own making.

While Tillis has had numerous lawyers, Borello refused Tillis' request to fire his attorneys on at least 13 occasions.