Missing the State Fair? Get your fix at this Dallas restaurant

Ferris Wheelers is operating a state fair pop-up through the end of October. 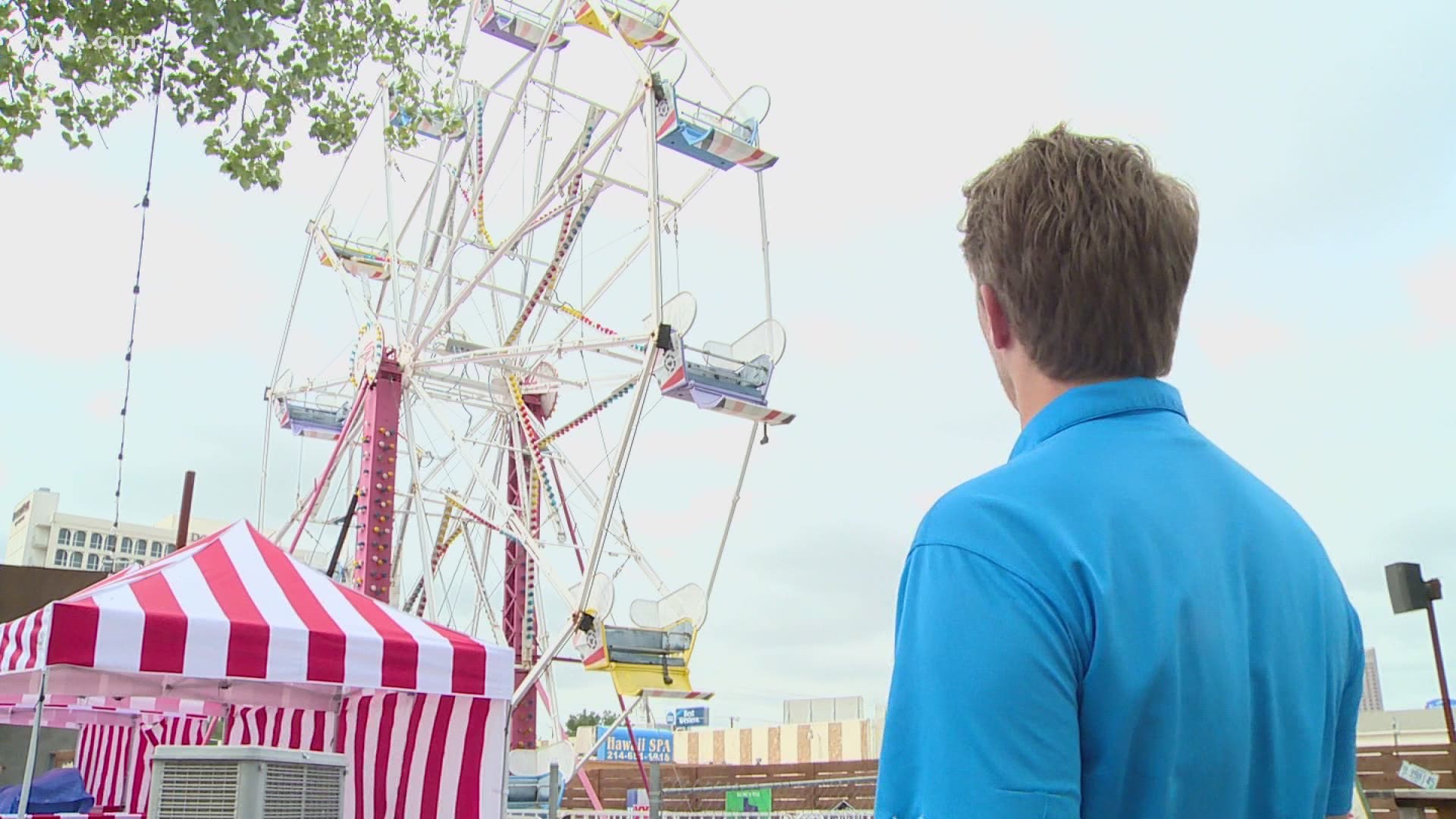 The State Fair of Texas may have been canceled this year, but that doesn't mean you can't have a state fair experience.

Owner Cody Hand said when he found out the state fair was canceled he knew he had to do something.

“Look, I’m a huge state fair guy,” he said. “It was like a shot to my soul. We already had the Ferris wheel back here, so it was kind of a no brainer.”

In addition to fried food, there are a handful of carnival games to play and prizes given out to winners -- which, Hand says, are many.

The restaurant’s signature Ferris wheel will also be operating throughout the pop-up.