Boise's Kim Haskell, who was diagnosed with cystic fibrosis months after being born, is beating his doctors' life expectancy estimations. 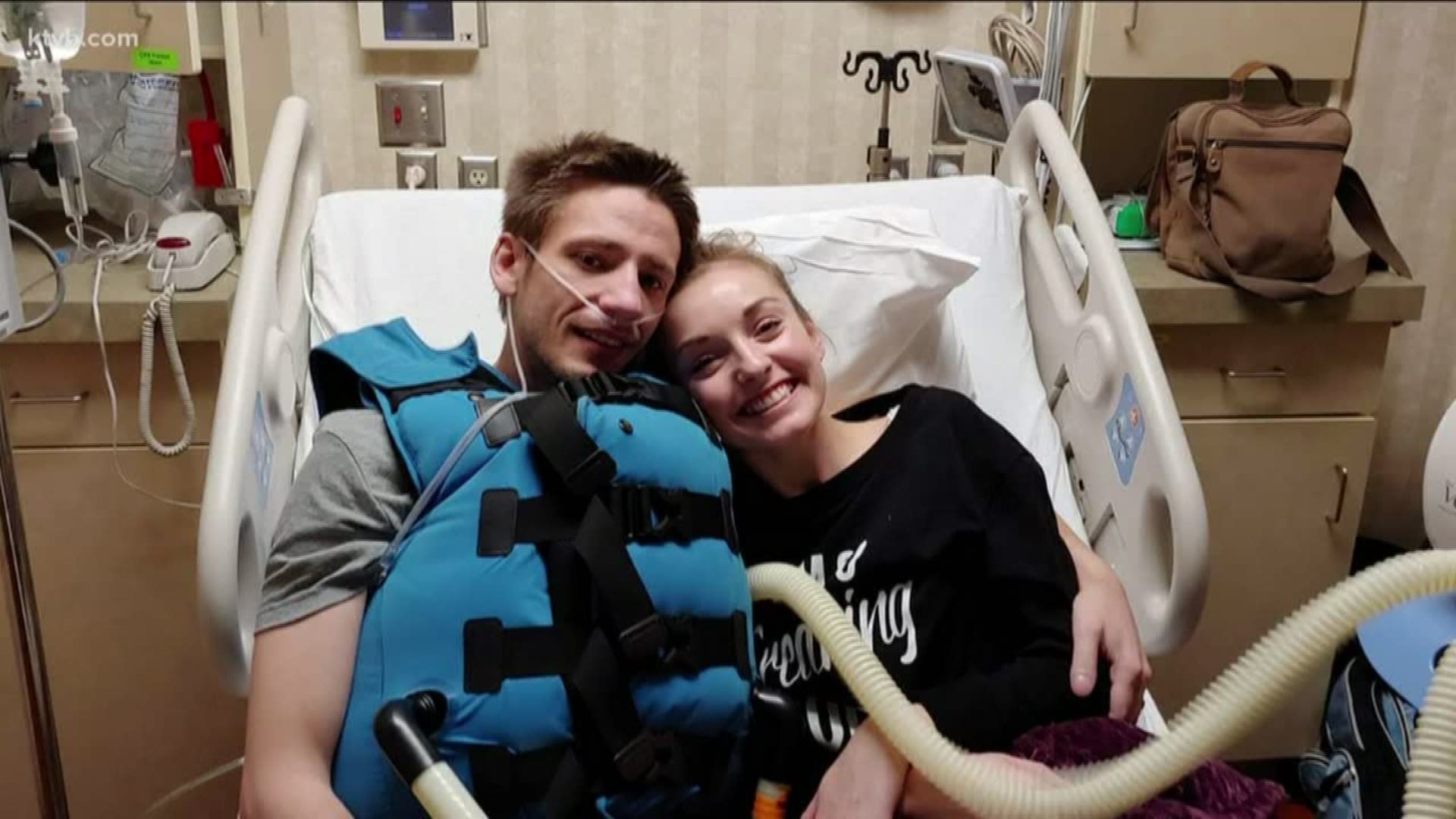 BOISE, Idaho — The recently released movie "Five Feet Apart" has sparked a conversation about cystic fibrosis. It's a progressive, genetic, disease that causes persistent lung infections and limits the ability to breathe over time. Right now in the United States, about 30,000 people are living with CF.

Boise resident Kim Haskell has cystic fibrosis and says his wife is the reason he is doing so well.

They went to see "Five Feet Apart" together and agree the movie is creating more awareness about the disease, which is great for the CF community.

"Five Feet Apart" hit theaters this spring. It's a romantic drama about two young patients with cystic fibrosis. They're supposed to stay six feet apart - but they agree to get a little closer.

Haskell went to see the movie with his wife, Jaycie. He has been fighting cystic fibrosis for as long as he can remember.

"For my parents it was kinda a big all at once, 'Wow,' " he said. "Now, all the sudden we went from having a normal kid to this we've been told our baby's not going to live until it's past 18."

He beat the odds and is now 25. His life expectancy has been pushed to 37. Still, it was a hard conversation to have with Jaycie back when they were dating.

"Honestly, it's probably about the scariest thing in my life, was having to give that information to you (Jaycie) and sit back while you made your own decisions about it," Haskell said to his wife.

"I was really nervous about it and he had to kinda comfort me with that a little," Jaycie said. "We have our little difficulties each day and sometimes you have the really big ones that come about, but for the most part it's always manageable."

Haskell comes to the St. Luke's Cystic Fibrosis Center regularly to make sure he's staying on top of the disease. His lungs function at 40 percent, so he needs medical help to stay healthy.

You'll see examples of the treatment in "Five Feet Apart," and Haskell said it's pretty accurate. He said the movie is serving a big purpose.

"For cystic fibrosis this was our Ice Bucket Challenge (ALS)," Haskell said. "It was a big community event that brought awareness."

Luckily, they have had a great support system. Especially in each other.

"She is just my other half," Haskell said. "She is the reason I do and I'm able to operate at the capacity I do."

They know researchers are doing the best they can to keep them and many other families together longer.

"It's people like that (researchers) that really inspire all of us who struggle with this and make it feel doable to have CF knowing that people are out there fighting for you," Haskell said.