Madison Scott has spent her life in a wheelchair, but surprised her graduating class with something remarkable. 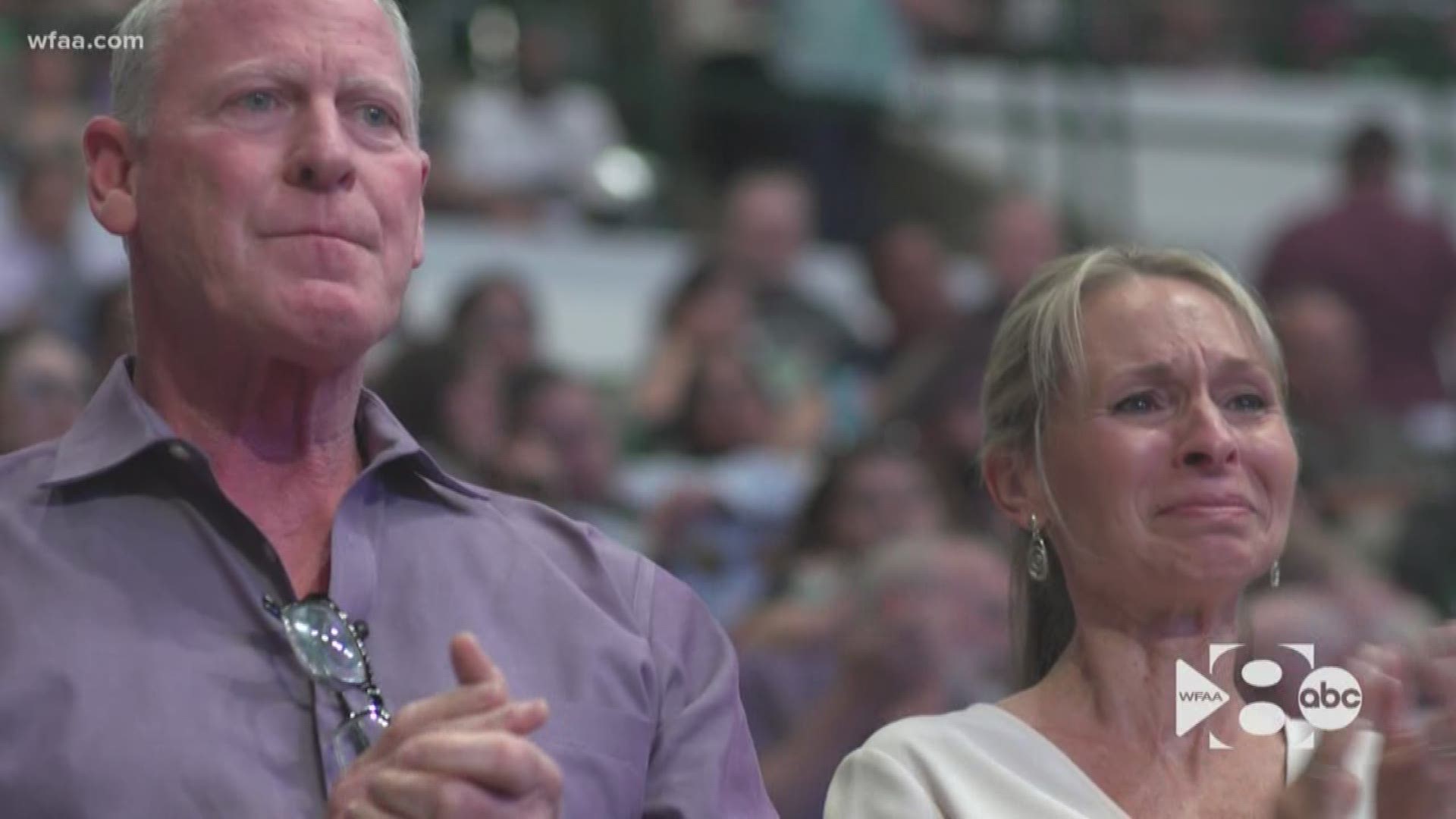 CARROLLTON, Texas — For the families of all 906 seniors at Hebron High School, graduation is the beginning of a new chapter.

But for Jill and Stuart Scott, it was a moment of reflection.

"For a long time, I wasn't sure what the future was gonna be for her," Stuart said.

"I mean, [we] never knew that she was going to make it to this day," Jill added.

Madison Scott is the youngest of Stuart and Jill's six children. Back in 2000, Madison suffered a debilitating stroke.

"We weren't getting very good reports from doctors, and I was kinda discouraged that we'd kind of reached the best it was gonna be," Stuart said.

If Madison survived, she wasn't expected to have a productive life.

But Madison surpassed expectations. And although her life has been spent in a wheelchair, she has taken many big steps.

At age six she said her first words. By seven, she could finally eat without a feeding tube. At 14, she tied her shoes for the first time.

Over the years, she even tried walking, if only a few small steps.

"She has worked for every single thing she has accomplished and has never given up and continues to do so," Jill said.

For Madison, education became a priority. That is likely why she was accepted to every college she applied for and will graduate with a near perfect GPA.

Soon, she will head to the University of North Texas to study art.

"I want to make a difference and show people that, 'Hey, look, you have to work hard for things,'" Madison said. "They don't come easy.'"

Despite everything she accomplished, as graduation arrived, Madison was disappointed. That's because there was still one obstacle she had not overcome. At least, not yet.

No one in her graduating class knew it, but a few weeks ago, Madison made a promise. She vowed that if her classmates were going to walk across that stage, she was going to do it, too.

She practiced for months, waited for her name to be called and then walked at graduation.

As she crossed the stage, her fellow seniors rose to their feet in applause. Her parents had trouble keeping it together.

Credit: WFAA
Stuart and Jill Scott watch their daughter walk across the stage

"She did it," Jill said. "Oh my gosh. She walked across the stage."

Nineteen years ago, no one could've imagined a moment like this.

By the time she got back to her chair, even Madison was overwhelmed. Because she may have only walked 90 feet, but you could tell she had already gone a million miles.

RELATED: Two years ago, he was given 12 months to live. Now this Virginia dad will see his youngest graduate

RELATED: When graduates are priced out of commencement, new UNT program steps in