“I forgot what it felt like to enjoy something so simple," says Chris Murray. 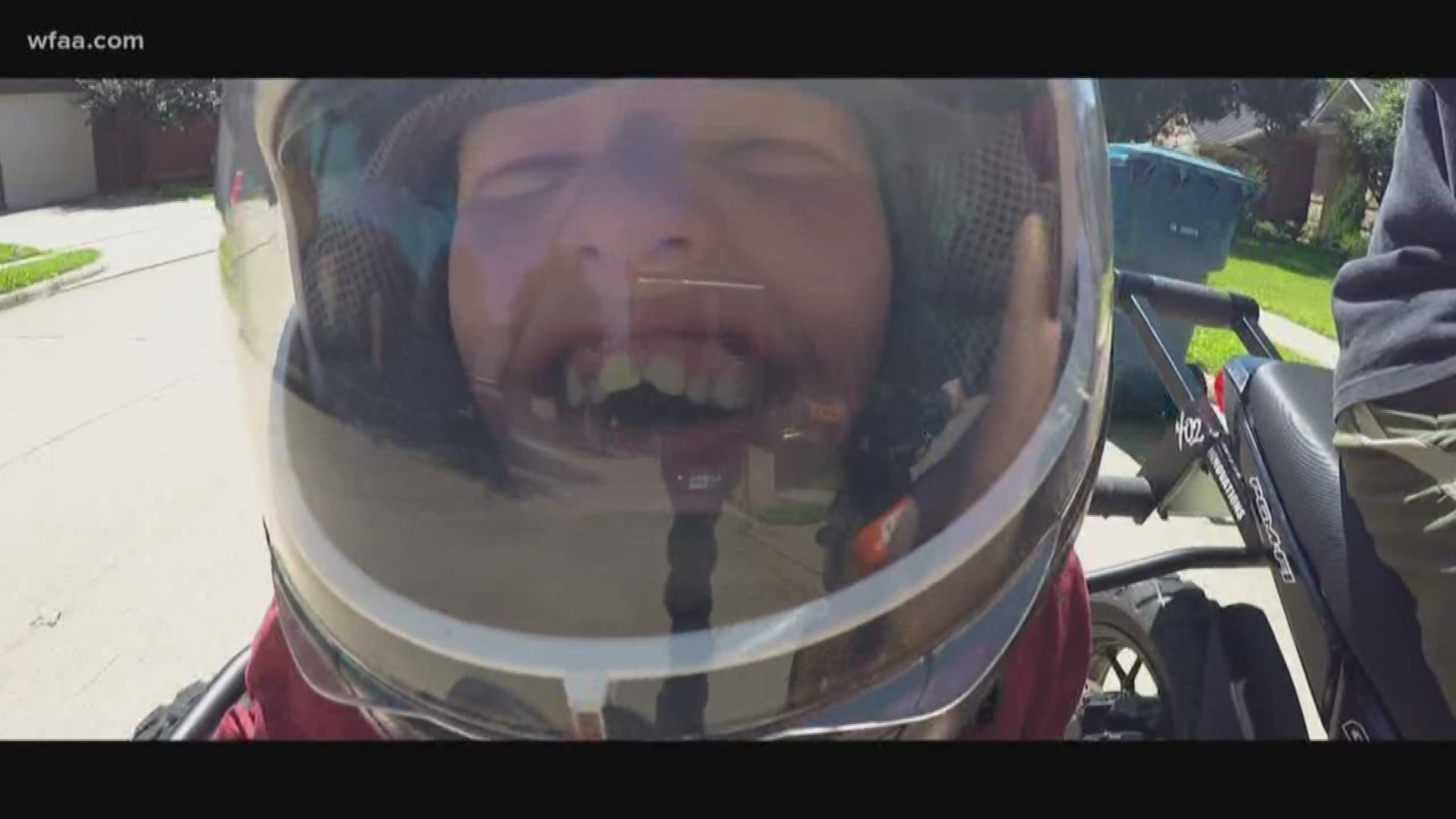 FLOWER MOUND, Texas — Ask anyone who rides motorcycles and they'll tell you, there is nothing like it.

For years it has been Murray’s outlet.

But not with the one person who means the most: his brother.

Nicholas Murray was born with Angelman Syndrome. It’s a rare genetic disorder that affects his ability to walk, talk and take care of himself.

“Some people on the outside will look and watch us with him and they may think, 'Oh my gosh I’m so glad I don't have to deal with that or oh my gosh that's so hard,' but he's a blessing,” their father Todd said.

Chris spends his days in Flower Mound taking care of Nick. He finds ways to share life’s simple joys with his little brother.

But it never crossed his mind that he could share his biggest joy of motorcycles with his best bud.

“It wasn't something I thought was possible,” Chris said.

Until he saw a photo posted on Instagram, that shows a Honda Grom just like his, but with a sidecar attached.

“He came across a post of what we did and it just clicked,” Tyler Haynes said.

Haynes owns a small shop called Industrial Moto in Culpeper, Virginia. He’s the one who built the sidecar in the Instagram photo, which was a first for him.

“Our specialty is not sidecars,” he laughed.

But when Chris reached out and told him Nick’s story, it was a no brainer.

“We jumped all over it, we just couldn't wait to do it,” Haynes said.

He agreed to build a specialized sidecar on Chris' bike, so that Nick could feel what his brother feels.

Now, a YouTube video with more than 300,000 views shows Nick experience the thrill of a motorcycle for the very first time.

It's now a joy Nick gets to feel alongside his brother day after day.

“It just makes you feel better as a father just knowing he can experience some of the joys we have, that he doesn't get to do on his own,” Todd said.

The grin, laugh and sheer unbridled happiness is a reminder to us all.

“I forgot what it felt like to enjoy something so simple,” Chris said.

It’s also a reminder that a brother's bond knows no bounds.