The chairman of the union representing Capitol Police says at least 38 USCP officers also tested positive since the Jan. 6 riot at the Capitol. 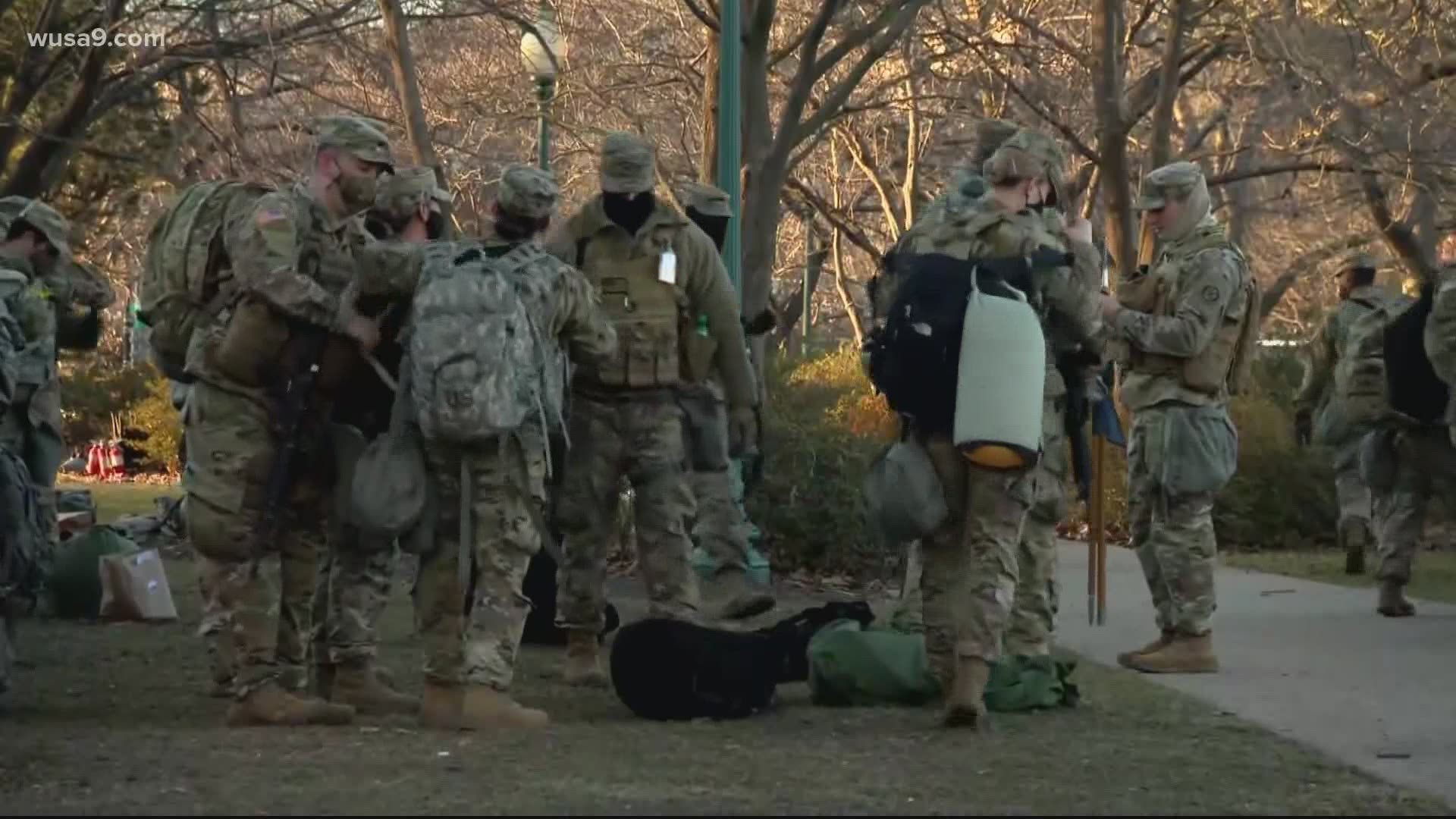 The figure includes all troops from the Guard deployed to the U.S. Capitol since the Jan. 6 insurrection. Images showing troops in close quarters within the Capitol Visitor Center immediately raised concerns that social distancing guidelines would be at times impossible to follow.

It remains unclear if defense officials have informed Mayor Muriel Bowser's office of the testing data, or if the diagnoses constitute a super-spreader event.

In a statement, National Guard spokesperson Maj. Matt Murphy said the bureau does not discuss COVID cases, and personnel are following CDC guidelines.

"When National Guard members departed from their individual states and upon arrival to the D.C. Armory, they had their temperatures checked and completed a screening questionnaire," Murphy said. "Masks and social distancing are required where the mission allows. They are following these procedures daily."

The developments were first reported by the Wall Street Journal, and confirmed by CBS News.

The chairman of the union representing Capitol Police, Gus Papathanasiou, said at least 38 USCP officers have tested positive since the Jan. 6 riot at the Capitol.

A U.S. official says **approximately 150** of the more than 25,000 members of the National Guard deployed to DC since January 6 have tested POSITIVE for COVID-19

According to the National Guard, less than half of the 26,000 members who served on Inauguration Day remain on duty. The Guard said arrangements are also being made to send 15,000 of its members home within the next five to 10 days.

"As we continue to work to meet the final post-inauguration requirements, the National Guard has been requested to continue supporting federal law enforcement agencies with 7,000 members and will draw down to 5,000 through mid-March," the National Guard said in a statement. "We are providing assistance such as security, communications, medical evacuation, logistics, and safety support to state, district and federal agencies."

A letter from Dr. Christopher Rodriguez, director of the DC Homeland Security and Emergency Management Agency, to DC National Guard Major General William Walker shows the District requested 500 unarmed local guard members stay at the Armory through the end of the month.

D.C. asked that those members be trained with the ability to provide crowd management and public safety support through the manning of traffic control points.

RELATED: Security barriers start to come down after stressful few weeks in the nation's capital