Two years ago, Brittany Lowe became one of the only people with Down syndrome to land a back handspring 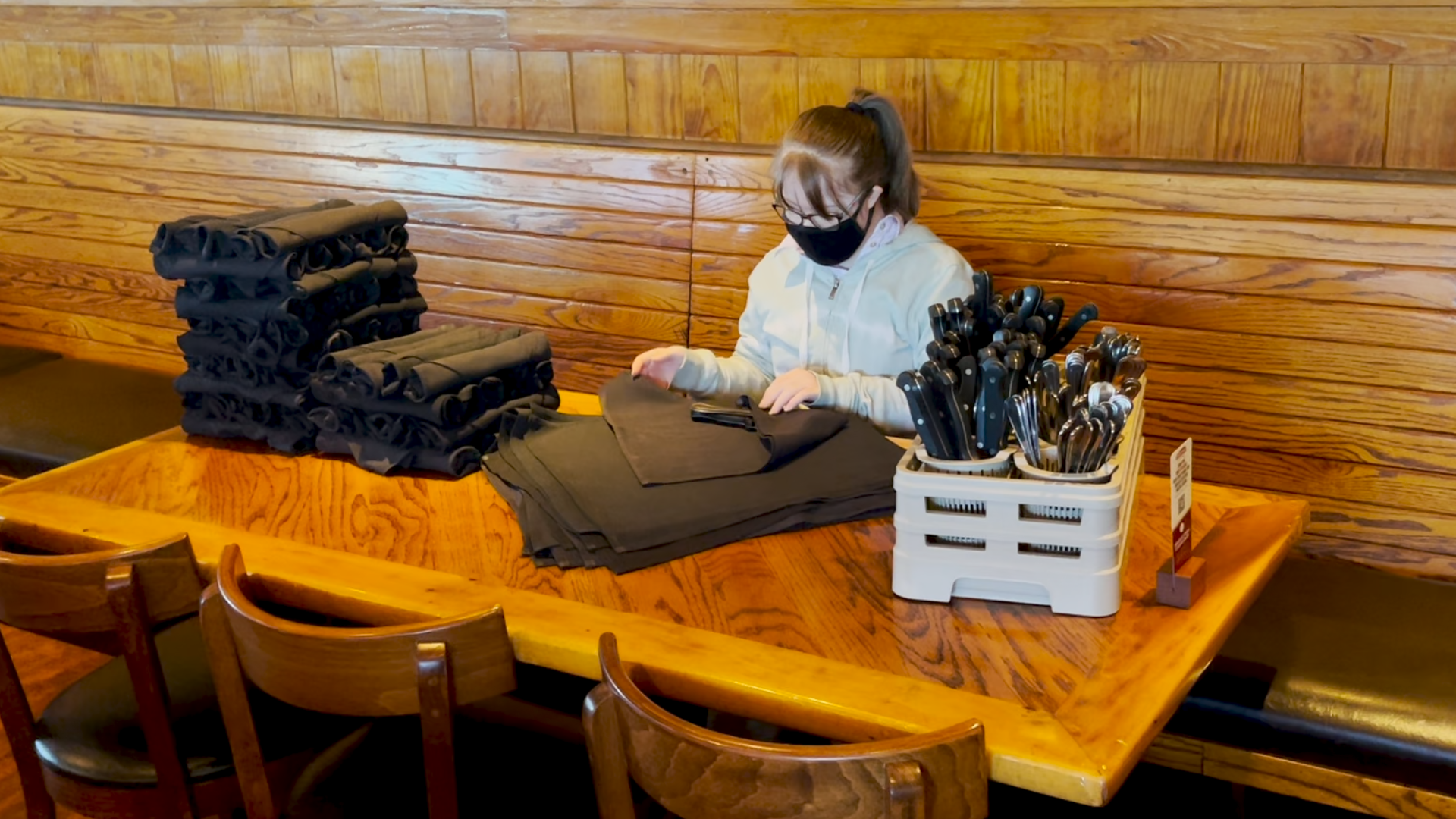 Until recently, young adults with Down syndrome who wanted a normal life, like Brittany, faced plenty of barriers. That’s why she keeps breaking them down.

“She’s certainly achieved that and gone beyond what we thought,” said Brittany’s mom, Cindy Lowe.

Brittany is no stranger to chasing her dreams.

As a high school cheerleader, she became one of the only people with Down syndrome to ever land a back handspring.

That was two years ago and now she’s landed a job.

While she was still in high school, Brittany was involved with Project Search, an organization that partnered with the Texas Workforce Commission to give students with disabilities the skills they need to find employment.

“I have two jobs,” Brittany said.

When asked what that second job was she responded, “WWE wrestling.”

She’s not part of the WWE, but Brittany loves wrestling, one thing she has in common with her boss.

“I told her I’ve watched wrestling for like 20 years,” restaurant proprietor Tommy Tomlinson said. “I still watch it every week. And she just lit up. She just came alive.”

Brittany’s even picked out a wrestling name: Sassy 21. She picked Sassy because she’s sassy and 21 for the extra chromosome she possesses.

“I said, ‘Brittany I heard about Sassy 21,’ and she started laughing and I said to her, ‘I don’t need her coming out at work here if you get mad at me one day,’” Tomlinson said.

Although, he says when it’s time to work Brittany is as serious as a world champion.

At the restaurant, she preps silverware, but to Brittany, it’s the most important job in the world.

“She has so much pride in it,” Tomlinson said. “She brags about it, she’s happy to do it and the level of enthusiasm that she has, it’s infectious.”

Brittany is just one of a growing number of young adults with developmental disabilities who have been given a chance to work.

Tomlinson hopes other employers will get involved, too. Because of her, he says his employees are happier and he’s a better boss.

For Brittany, making people happy is all she could ever ask for.

“She definitely makes me a better person,” Cindy Lowe said. “She’s made me love more, see more of the world, see people in a different way.”

Clearly, Brittany may have gotten a job, but we’re all receiving the benefits.