The fowl were found inside a Buda, Texas, residence earlier this month. 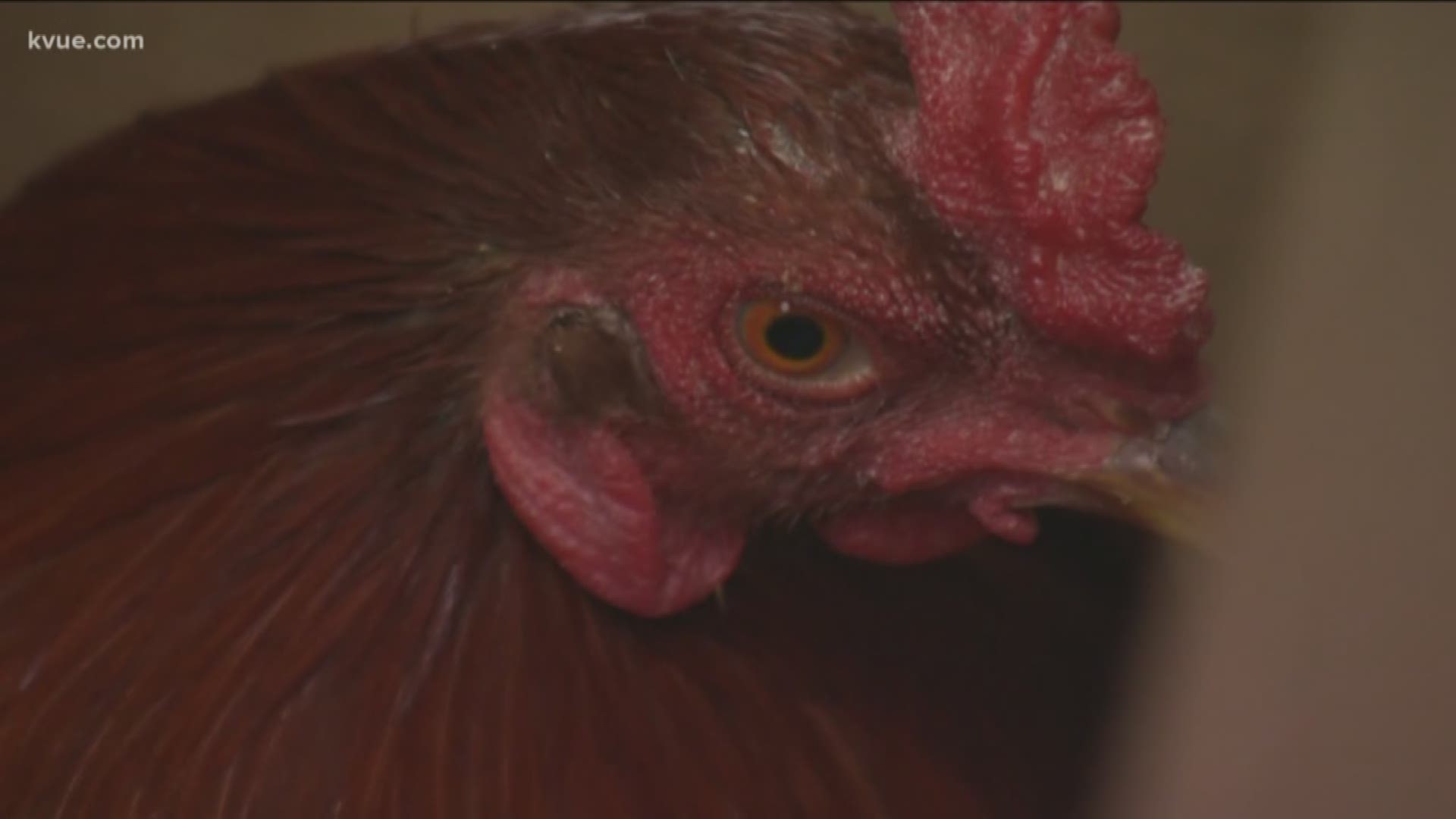 HAYS COUNTY, Texas — Dennis Guitierrez, a lieutenant for the Hays County Sherriff's Office, reported that approximately 118 roosters were removed from a residence on Nov. 19 and taken to the San Marcos Regional Animal Shelter.

The case dates back to Nov. 4, when the animal control unit was called to a residence off of Rolling Hills Drive in Buda, Texas, after receiving reports of animal cruelty.

The Sherrif's Office stated that no arrests have been made in regard to this case and further information will be released when available.

The San Marcos Regional Animal shelter earlier this week said it was in need of the public's help. They posted on Facebook that they are accepting donations to assist them in caring for the animals.

"As you can expect, we weren’t ready for this number of animals all at once, and need your help collecting extra kennels to keep them separated, as well as chicken feed and disposable trays or pans to keep them fed," the shelter wrote. "If you are able to help us out, all donations will be collected at our shelter."

The shelter told KVUE Friday that the animals have since been taken to Wildlife Rescue & Rehabilitation in Kendalia, Texas.

Woman's battle with HOA ended with her losing home, them purchasing it for $3.24