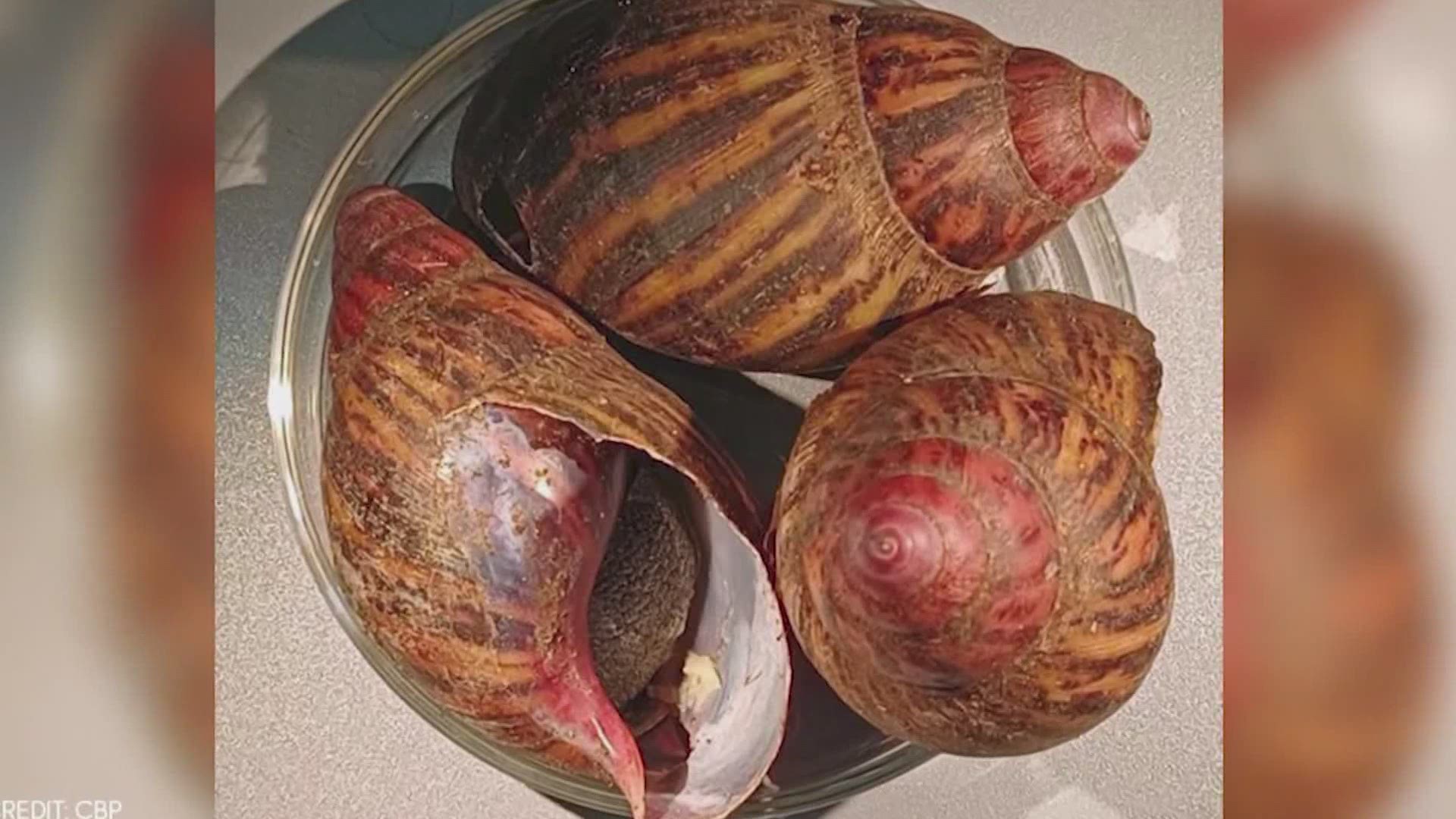 HOUSTON — Fifteen giant African land snails were seized from a passenger at Bush Intercontinental Airport in early July, according to federal officials.

The person was flying from Nigeria, and during a luggage exam, U.S. Customs and Border Protection found three plastic bags, containing the live snails.

CPB said the passenger initially only declared dried beef but later amended her declaration to include live snails.

The critters, also known as banana rasp snails, are considered an invasive species.

“Our agriculture specialists remain vigilant in protecting the U.S. from foreign animal and plant disease that could threaten U.S. crop production and livestock industry or be transmitted to humans,” Houston CBP Port Director Shawn Polley said.

The snails are native to West Africa and affect fruit crops and plants, CBP said. They are also a vector for Angiostrongylus cantonensis, also known as the rat lungworm, a parasitic nematode (worm) capable of causing rare forms of meningitis in humans.

According to the Center for Disease Control and Prevention, more than 2,800 cases have been reported in the medical and scientific literature from approximately 30 countries.

The 15 snails were turned over to U.S. Department of Agriculture for final disposition.

The passenger is not facing any fines or penalties since she amended her declaration to include the snails, CPB said.