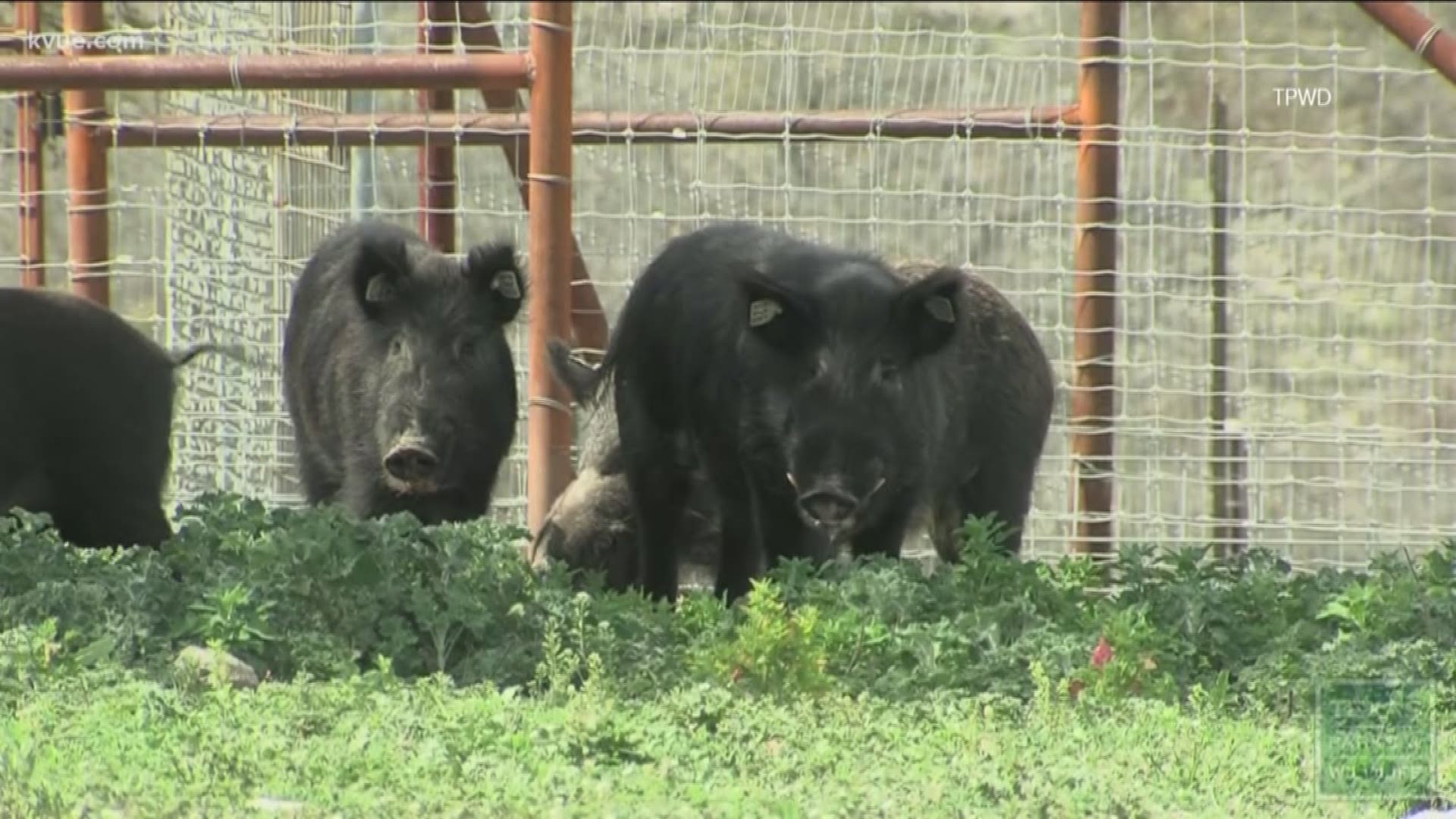 AUSTIN, Texas — A feral hog in Texas is no headline, as they're seen almost everywhere in rural areas. But some people think they're seeing them closer to the city lately.

On the app, NextDoor, one woman claimed to have seen one crossing Spicewood Springs near Yaupon Drive, just off Loop 360 in northwest Austin. A few people in the comments also said they've spotted the animals.

At the Great Hills Country Club, golfers said they've seen more evidence of feral hogs because of what they leave behind: grass on some of the course, dug up.

"For many years, we never saw any hogs out here and now it's pretty much a yearly occurrence," said Tim Prickette, a golfer at the country club. “We’re not afraid of the hogs coming out or anything like that."

The general manager of the club, Larry Harper, said the damage itself is not too expensive to fix and the hogs don't come out during the day, but said it's an inconvenience for the club's golfers and maintenance workers.

"Because they work long, hot hours out there during the summertime, trying to get the golf course looking nice and once this happens it just – it's like a kick in the gut," Harper said. "It doesn't really impact our operations other than, you know, they kind of tear things up"

“It’s not that we can’t enjoy the course, but it is an inconvenience," Prickette said.

Harper said hogs come out to the course sometimes because they're looking for food.

“In long-term droughts, you’ll see the hogs and animals come out of the rough areas because they have to forage for food," Harper said.

He also thinks the dry spells or droughts that happen cause the hogs to stick around that area since there's water nearby, with Bull Creek and other bodies of water.

He said they've managed to trap some of the hogs in the meantime.

John Tomecek is an assistant professor and extension wildlife specialist with Texas A&M's Department of Wildlife and Fisheries Sciences. He told KVUE the number of hogs in the state has grown over the years.

“Over the years, those numbers have grown to the point where they’re very common throughout the state," Tomecek said. “In urban areas, it's certainly not uncommon anymore to hear about damages to property, damages to the environment, to water, wildlife, etc."

He also said the natural geography of northwest Austin, plus its development, is a good combination for hogs to come out.

"Pigs are really keying in on those creek bottoms ... because they have an essential need for that water and that shaded environment," Tomecek said. “In the case of pigs, since they aren’t native wildlife and in fact they destroy native ecosystems, the goal is to get rid of the pig."

He said if you see one, just leave it alone. He also thinks its important to remove the animals.

“It is really important to remove them because they are doing damage to our native ecosystems, our environment," Tomecek said. “The goal is to erect some large corral-style trap, catch the whole sounder at one time and move on with life.”

More information on feral hogs can be found on Texas A&M AgriLife's website.

The Texas Parks and Wildlife Department (TPWD) said there are around 1.5 million feral hogs in Texas.  A new state law that went into effect on Sept. 1 allows anyone to hunt feral hogs on private property without a license, with consent. The new law exempts any person – resident or nonresident – with landowner consent, from a hunting license requirement to hunt feral hogs.

It would still be a violation to hunt without a license if hunting without consent. The new law removes any reference to depredation and the exemption applies for the take of all feral hogs.

The new law only applies to private property and is whether or not it is a paid hunt is irrelevant, although allowing hunting access in return for financial or other consideration still requires a hunting lease license from the TPWD.

10 state propositions will be on the ballot this Election Day. Here’s what you need to know