The zoo said she was found unresponsive with an incision that had opened following a July 1 surgery to remove bone fragments stuck in her gastrointestinal track. 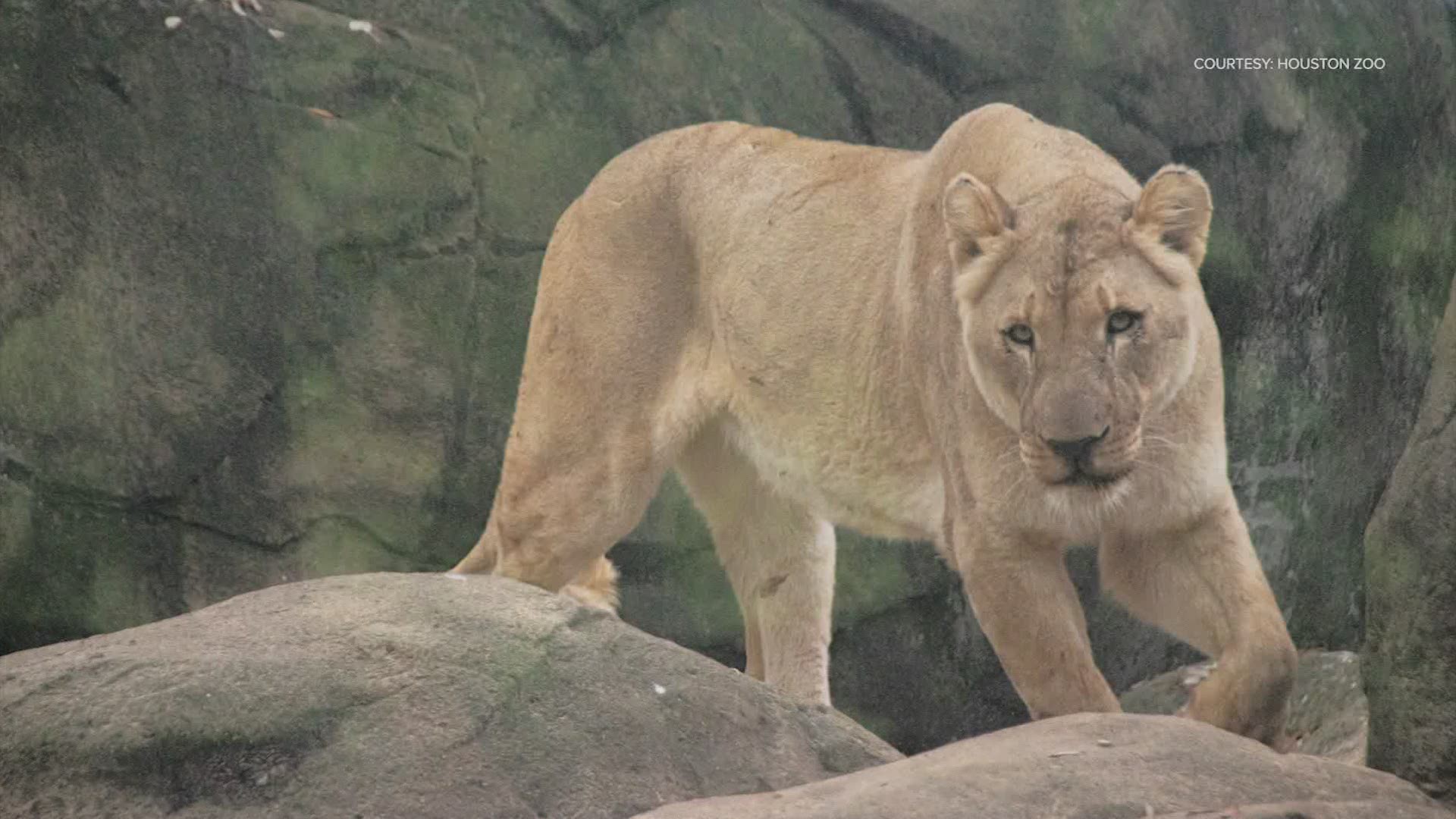 HOUSTON — Nimue, a 12-year-old lion at the Houston Zoo, has died, according to zoo officials.

The zoo said animal care professionals found the female lion unresponsive Saturday morning with an incision that had opened following a July 1 surgery to remove bone fragments stuck in her gastrointestinal track.

They said despite intervention by the zoo’s veterinary team, Nimue’s condition was too severe. The team made the difficult decision to euthanize the lion.

“It is never an easy decision to euthanize an animal, but it is one we make with the animal’s well-being as the top priority,” said Lisa Marie Avendano, vice president of animal operations at the Houston Zoo. “With world-class animal keepers, five incredible veterinarians, and a complete veterinary clinic, our animals receive the best care possible, and that includes end-of-life decisions.”

Nimue and her sisters, Uzima and Mattie, have been at the Houston Zoo for more than 10 years. Zoo officials said Nimue was very energetic, especially when it came to interacting with her keepers.

Nimue and her surviving pride, including her sisters and male lion Hasani, are ambassadors for their wild counterparts in Africa and serve to educate guests about the work being done to help save the vulnerable species.  The zoo said it is saving wild lions by providing support for African anti-poaching scouts to patrol thousands of miles a year to remove illegal traps and catch poachers in the areas where lions live.