See a stray animal on the street? Here’s what you should do

There are a few things suggested for you to do when attempting to handle a stray animal. 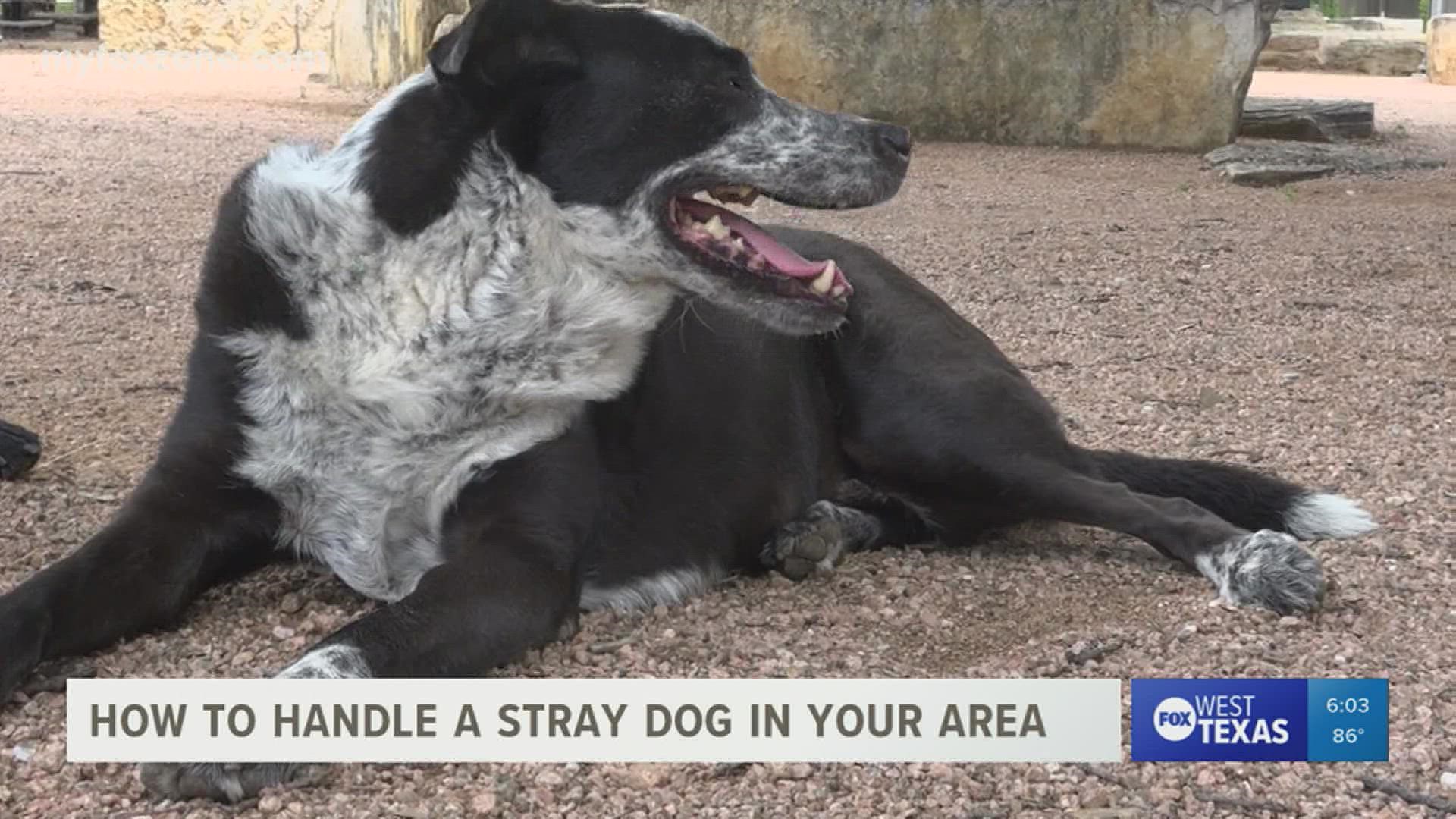 SAN ANGELO, Texas — San Angelo has been known for having an influx of stray cats and dogs roaming the streets. It is important to know how to handle a stray when you encounter one.

When someone sees a stray animal on the street, San Angelo Animal Services supervisor Carlos Carrillo suggests some things to avoid.

“We do not suggest anyone to try and pick up the dog or cat because they might bite you out of fear. Also don’t feed the animal because it might expect you to continue to feed it and stay around your property,” Carrillo said.

Worse case scenario could be a dog is chasing someone, in this case, if the situation is severe, call 9-1-1.

Western Veterinary Hospital owner Dr. Gary Hodges said he gets about 30 calls at his animal hospital about stray dogs walking through the streets. He says it has been worse than ever over the last few years.

“We have a lot of stray cats and dogs people bring in from the highway or even in their front yard. Some dogs are even hit by cars or sick because of being outside and that’s when we step in to take care of them,” Hodges said.

Texas and California have the lowest save rates. According to the animal euthanasia statistics in both states, less than 75% of shelter animals are rehomed.

San Angelo Animal Services has a plethora of dogs and cats ready for adoption. Contrary to some belief, they do not put down any animals. In April 2016, the City adopted a no-kill initiative with the goal of decreasing the number of animals euthanized. A community is defined as no-kill if 90% or greater of animals leave the municipal shelter alive.

Here are a few options to take when you might find a stray animal in the streets.

If you have lost a pet:

If you have found a pet:

See a stray animal on the street? Here’s what you should do