If you truly believe in the Knoxville Tiger, do not give up hope. It's not remotely impossible for a rogue tiger of unknown origin to find its way into a city. 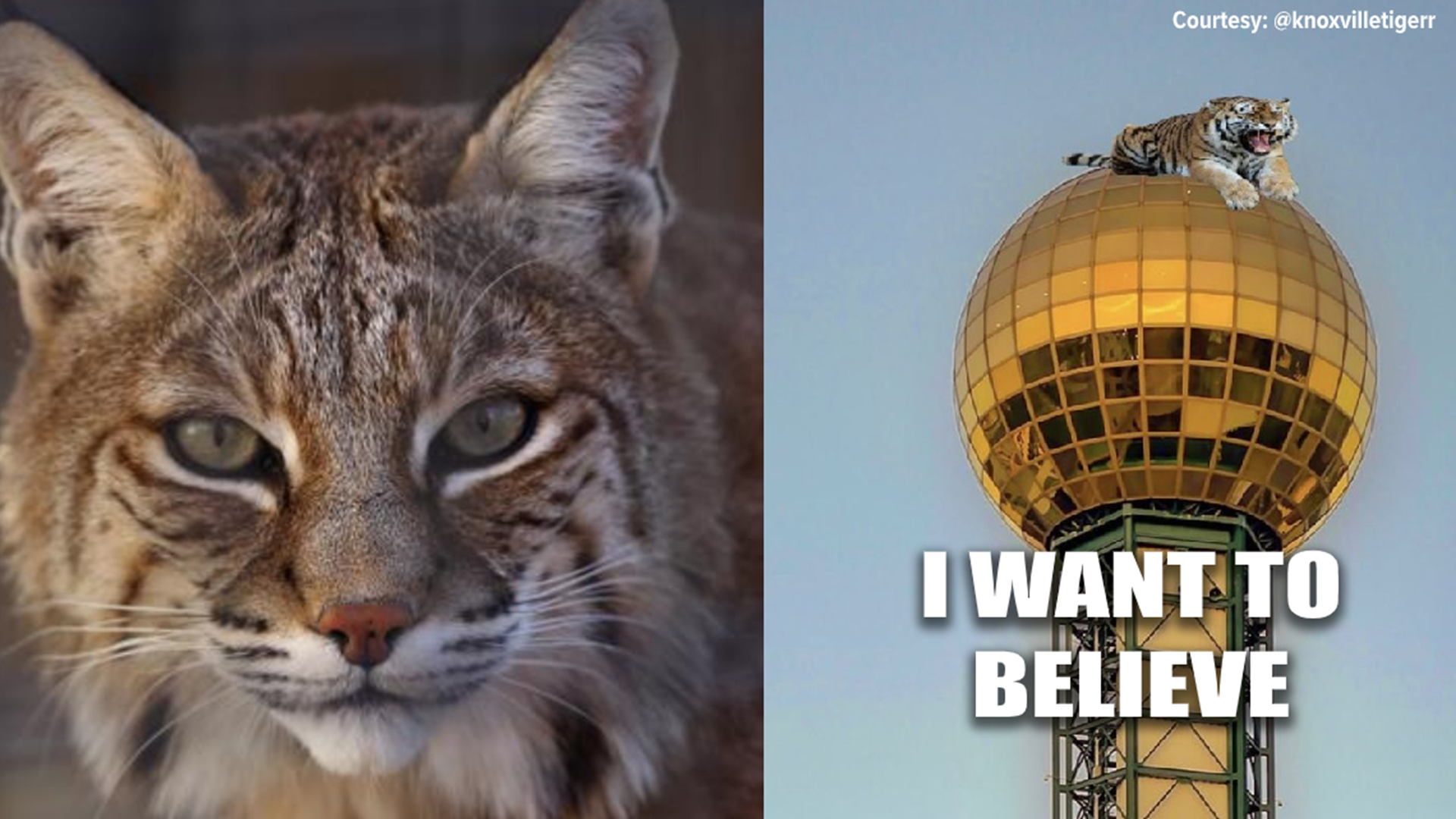 KNOX COUNTY, Tenn. — Call it a case of mistaken identity. After nearly a week without a trace of a tiger to be found, the Tennessee Wildlife Resources Agency is giving up the hunt for what will likely go down as Knoxville's "Bigfoot."

The good news for those wanting to believe a tiger was indeed prowling Knoxville -- this news neither confirms nor denies the existence of an East Tennessee tiger. The truth is still out there.

Matthew Cameron with the TWRA said it is likely a roving industrial park feline existed, but it is more likely people spotted a bobcat, which actually do roam in the rural wilds of East Tennessee unlike tigers.

Tigers and bobcats don't exactly look the same and definitely are in two different weight classes, but under the right circumstances, he said it would be easy to mistake the two in the dark.

"If you look at a tiger, it’s probably a little bit more orange than a bobcat is, but in the summertime a bobcat can have a much more reddish and orange coat than it does in the winter time," he said. "They also both have black and white markings on both of them, as well. Tigers have stripes -- that’s the dead giveaway. A tiger will be striped whereas the bobcat will be spotted."

A full-sized bobcat only grows to a modest 20 to 25 pounds, but keep in mind the deputy who initially spotted the "Knoxville Tiger" described it as a "cub." A juvenile tiger could appear similar in size to a fully developed bobcat.

If you truly believe in the Knoxville Tiger, do not give up hope. It's not remotely impossible for a rogue tiger of unknown origin to find its way into a densely populated city. It happened in Atlanta a few years back after a tiger was spotted roaming along I-75, which was believed to be a circus tiger that escaped while being transported.

Cameron said people also illegally have exotic animals that they're not supposed to keep, though it's unusual for people to keep tigers as pets.

The Knoxville Tiger may be out there, somewhere. Until it comes forward, it will just have to live on as a legend in our hearts and imaginations.