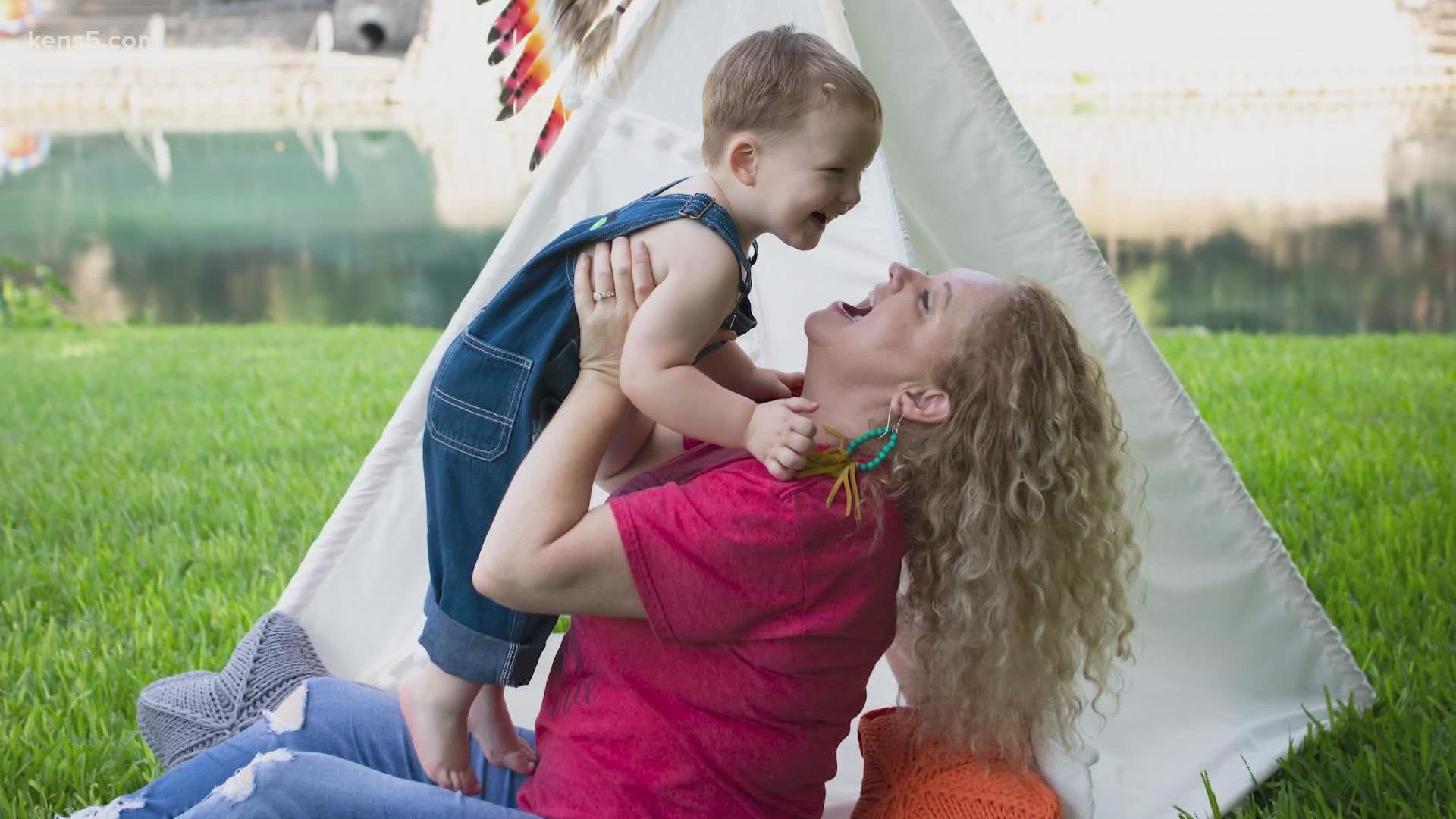 SAN ANTONIO — Sometimes the same decision can happen twice in lifetimes. Chris and Heather Allen were empty nesters in their forties when life forever changed, and exactly the way they wanted. 'Although I never came out and directly spoke to him (Chris) about this, it was always on my heart', said Heather. 'I heard a radio commercial that stated seven hundred thousand children do not have a bed to sleep into tonight, and that resonated with me', said Chris.

So with both being impacted at different points in life by the foster system, they finally came together to make the decision that made them both extremely happy. 'We finally decided that when it was brought to my attention that Chris was interested', said Heather. 'I wasn't looking to adopt', said Chris. 'That wasn't my purpose. I was looking to have a chain of love', he added.

The couple took the initial steps and before they knew it little baby boy Charlie was in their care. 'Charlie came to us, and we were respite care providers at that time which means watching children up to fourteen days', said Heather. 'Within the first nine days that Charlie was with us we could see that he was having some big big struggles from drug and alcohol withdrawals, and we didn't know that he was (legally) blind at that time', she added. 'I think the more they need from you, the more attached you get trying to console and love that child and help them find that comfort they need', she said.

For the Allen's the mission was simple, help children in need, and in their case, little Charlie. 'Those children attach, and need momma and daddy', said Chris. 'And even if I was temporary, I would be okay with that', he added. 'I've been in that position where I had nothing. I had my mother, but we didn't have food or clothes, so for me that resonates', Chris continued. 'If I can do something good, I wanna do something good, even if it is temporary.'

But for Chris and Heather, temporary was only just that. 'I guess he was about eight months old when Chris and I had to have a talk', said Heather. 'Chris actually brought it up and said we need to have a serious discussion', she added. 'There was a moment that I tried to comfort him when he was sick, and I couldn't', said Chris. 'No matter what I did, I couldn't. But what was nice was that I was able to pick him, give him to Heather and say please take over, and that was the moment for me that he couldn't go anywhere else.'

Life has certainly changed for the long time married couple, but only in wonderful ways as their family unit has grown by one. 'We love our other children so much too, and I don't ever want them to think we don't, but Charlie is something special', said Heather. 'And not only to us, but to all of his siblings he is something special, and we love him so much, and I couldn't express of explain to you how much we love him', she added.

Chris told us Charlie is one of his best friends, and that he's always in the kitchen helping him cook, cookies! 'I think he wanted to adopt us, and we try to be open with him, and we tell him he was adopted, and he just looks at us and says 'No I wasn't! You were adopted!', Chris said laughing.