The final score wasn't the outcome 87-year-old Jack King and his granddaughter Courtney were hoping for, but the memories they made were priceless. 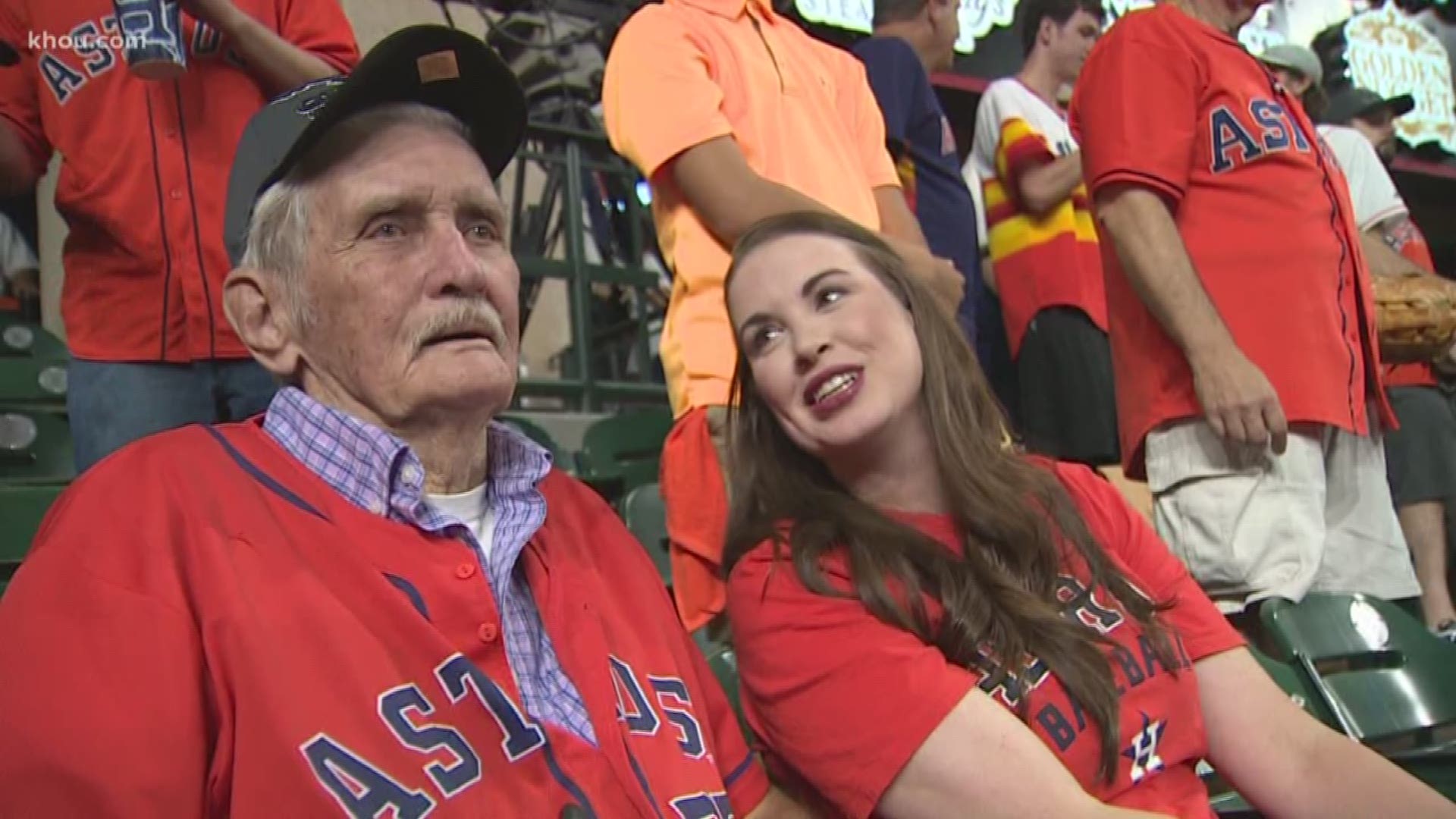 HOUSTON — In the wake of a pair of back-to-back losses during the 2019 World Series, Astros fans are finding inspiration in a story from the stands.

People can't get enough of Jack King, an 87-year old man featured in a Wednesday night story on KHOU 11. The retired welder from Beaumont was surprised with tickets to Game 2 by his granddaughter, Courtney King.

The final score wasn't the outcome Courtney and her Paw Paw were hoping for but the memories they made were priceless.

"No, it wasn’t the game we were expecting last night, but neither was the response we got from the video I had posted about my grandfather," King said Thursday. "It was very emotional for me, just knowing that that was probably one of the very last times that he may ever walk on his feet that far, or have an experience like that. So absolutely, didn’t take a moment of that for granted."

That perspective hit home for thousands of people.

"My phone never quit, kind of, blowing up last night," said King who was tagged in dozens of social media posts and comments. People on Facebook wrote how Paw-Paw's story motivated them to spend more time with their grandparents, or that it's time to quash old grudges and reconnect with family members.

RELATED: Granddaughter surprises her 'Paw-Paw' with tickets to the World Series

"I work for hospice and so part of my everyday job is to meet people in very vulnerable moments," King said. "And I’m constantly reminded of how fragile life is."

King made sure to note that she believed there were thousands of other stories in the stands Wednesday night. From veterans and their families who were recognized by the Houston Astros, to people who received an opportunity to go to the game from organizations and charities that donated the tickets.

King won the tickets in a Facebook contest. King wrote she wanted to treat her Paw-Paw, who is a die-hard Astros fan, to a once-in-a-lifetime experience.

King learned she won the tickets Wednesday morning. She raced to pick up the tickets, which were for seats in the coveted Crawford boxes, and she scooped up her granddad. You see, the 87-year old man doesn't get out much.

RELATED: How many teams have come back from 0-2 to win the World Series?

RELATED: Justin Verlander now has more postseason strikeouts than any other pitcher in MLB history