The popular candy bars are only being sold for a limited time. They first showed up at H-E-B and Walmart, but now they're being sold at Sam's Club through June. 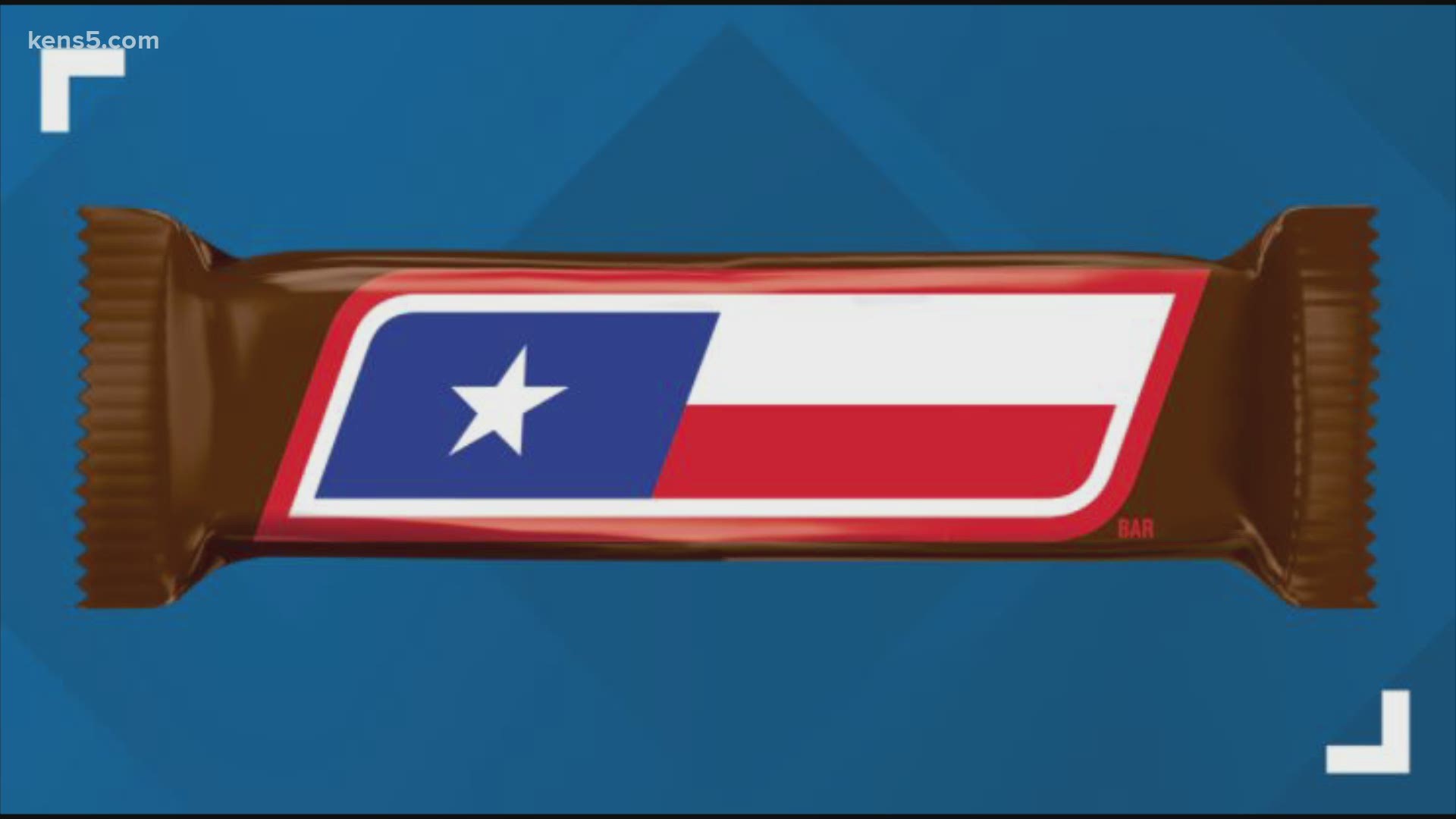 SAN ANTONIO — Have you seen the SNICKERS bars with the big Texas flag? If not, you better look fast.

The popular candy bars are only being sold for a limited time. They first showed up at H-E-B and Walmart in March and April. And we’re told they’ll be available at Sam’s Club from the end of May to June.

SNICKERS is known for being packed with roasted peanuts, nougat, caramel and covered in milk chocolate. The candy’s famous motto is pretty much the definition of hangry – “You're not you when you're hungry.”

The Texas-themed candy bars are only being sold in Texas. And, a SNICKERS spokesperson said Texas is the first state to be featured this way on the wrapper:

“SNICKERS Original bars are actually manufactured in Waco, Texas and the brand wanted to use the opportunity to showcase its heritage within the state and the feeling of pride associated with that.”

As of now, there are no plans to highlight other states on the bars – making the Lone Star state the only one to get so much attention.

According to CandyFavorites.com, SNICKERS is the best-selling candy bar, with more than $2 billion in annual sales.

As the story goes, in 1930, the Mars family named the candy bar after a pet horse named Snickers.

FINAL ROUND IS TOMORROW. Snickers Ice Cream vs ________ 💥 pic.twitter.com/ZvaSA5J8Ya