Fifth grader Jaron Collins dreams of marching in the Southern University band, and until recently, he would practice using a toy and his imagination. 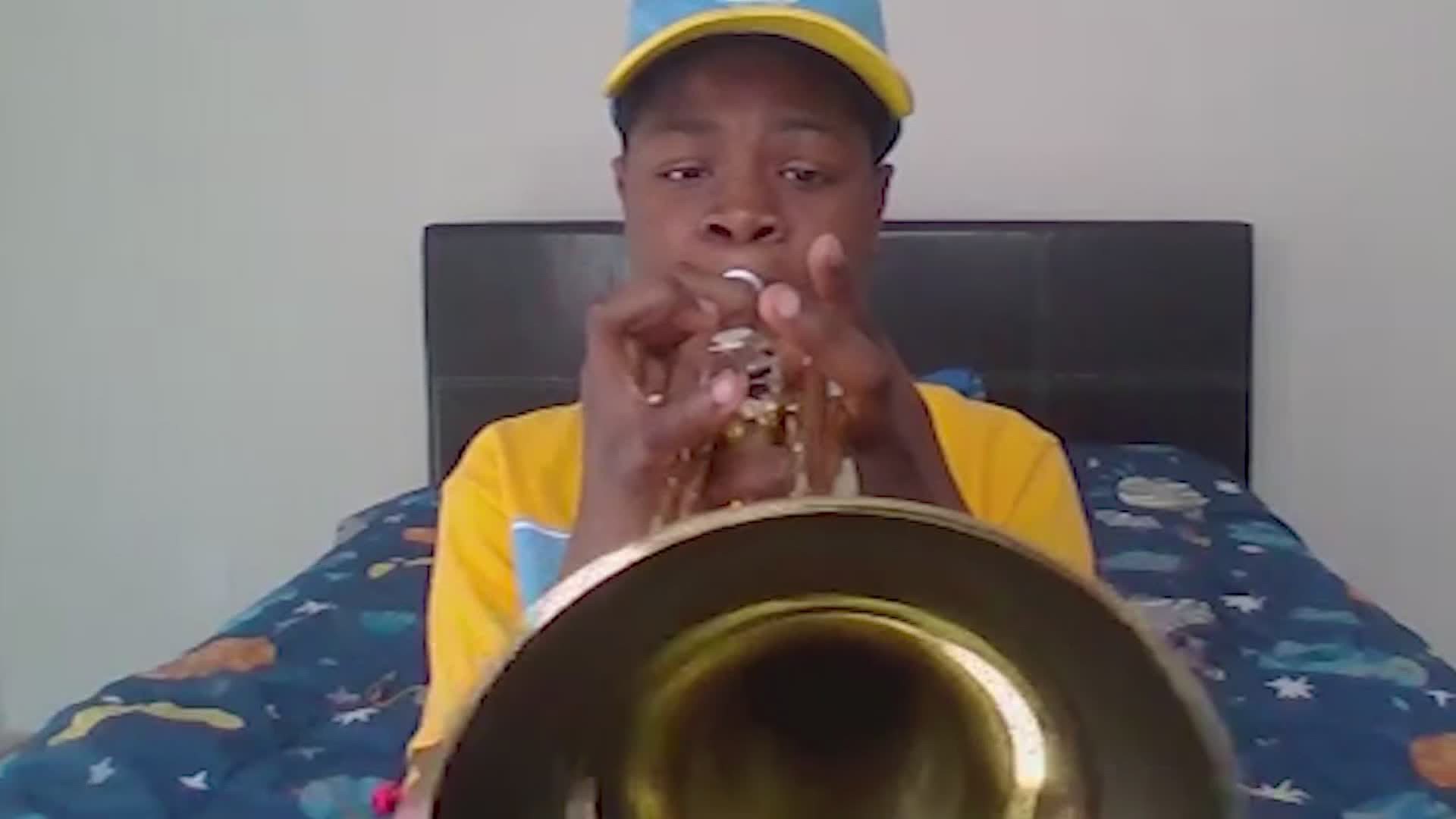 SPRING, Texas — A Spring ISD fifth grader traded toys for a real trumpet thanks to an anonymous district employee.

The employee saw a social media video (posted below) of Ponderosa Elementary student Jaron Collins pretending to play using some of his toys.

"His mom told us, ‘He is always upstairs doing stuff like this in his room,'” music teacher Charlotte Hatley told the district's media relations team. “You can see from the video and also when we’re on Google Meet for music class that he’s always in his bedroom practicing.”

Shout out to an anonymous @SpringISD employee who bought @PES_Spring 5th grader Jaron a new trumpet after seeing him pretend to play on social media using toys. Jaron’s dream is to march in the @SouthernU_BR band 🎺 🎶 #khou11 pic.twitter.com/Hta2nUdKsx

Jaron told the district his love for the trumpet began after his family took him to his first Historically Black College and University football band competition at the Bayou Classic at Southern University.

“It’s where I want to go to college and be in the band,” Jaron said.

“The first time I noticed he was into the trumpet was about third grade,” said mother Mona Collins.  “Ever since, he’s been into it.”

We're told Jaron will be able to pursue his interest in the trumpet through Spring ISD's Performing and Visual Arts program.