The two women graduated high school back in 1954 and went their separate ways. 66 years later, they reunited at a Lake Norman, N.C., assisted living facility. 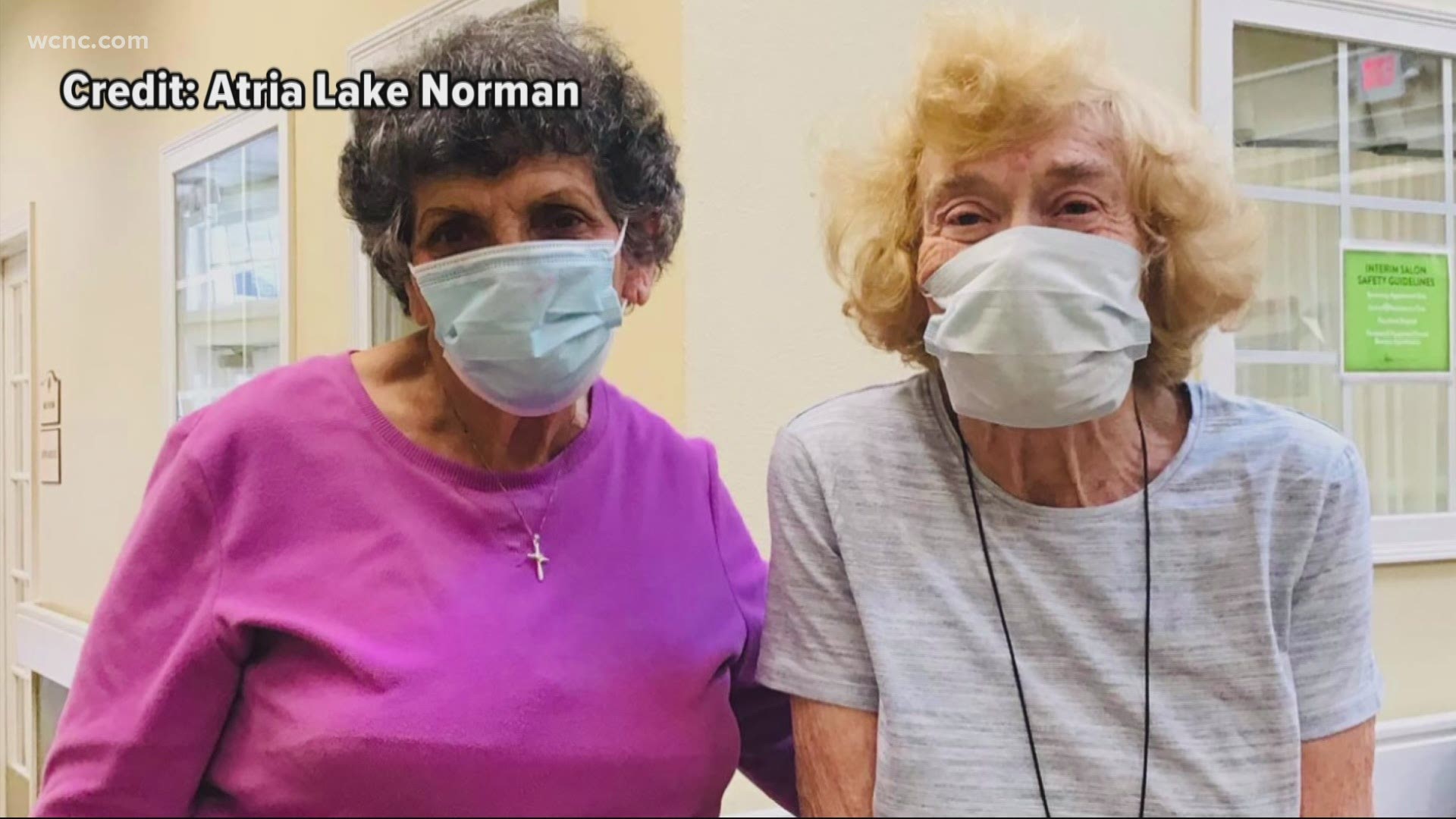 MOORESVILLE, N.C. — Annette Fabiano has been a resident and ambassador at Atria Lake Norman in Mooresville, NC for about two years now.

As an ambassador, Fabiano is tasked with greeting new residents and giving them a tour of the facility.

One day, Fabiano went to visit a woman who had just moved in a couple of doors down from her. To her surprise, she found an old classmate, Winifred Tobias, standing in the doorway.

The two didn’t immediately recognize each other when they first met, but once they got to talking, that’s when they realized.

“We started talking about where you're from and where'd you graduate and what school did you go to,” Fabiano said.

Fabiano and Tobias both attended Bay Ridge High School together in Brooklyn NY. They graduated together in 1954.

More than 60 years later, these two classmates had reunited in North Carolina, unaware that the other was living there as well.

Tobias said she was still living in Queens when her daughter and her family moved down to North Carolina for a job.

“I was living alone and I wasn't feeling well, so I moved down here,” Tobias recalled.

The two women said they are really excited to share this new chapter of their lives together, and said hopefully they can explore more of the area once the pandemic ends.

“They do little things now, you’re only allowed a certain amount of people in a room -- so I try to call her and we go down and play volleyball and cornhole and just get together,” Fabiano said.

“We sit outside a lot in the afternoon,” Tobias added.

Fabiana and Tobias said it was nice to get the old yearbook out again.

“It was nice reading the book, bringing back memories the yearbook,” Tobias recalled.