The family said that they spent most of Tuesday painting the American flag on their front porch, ahead of Independence Day. It's also their father's birthday. 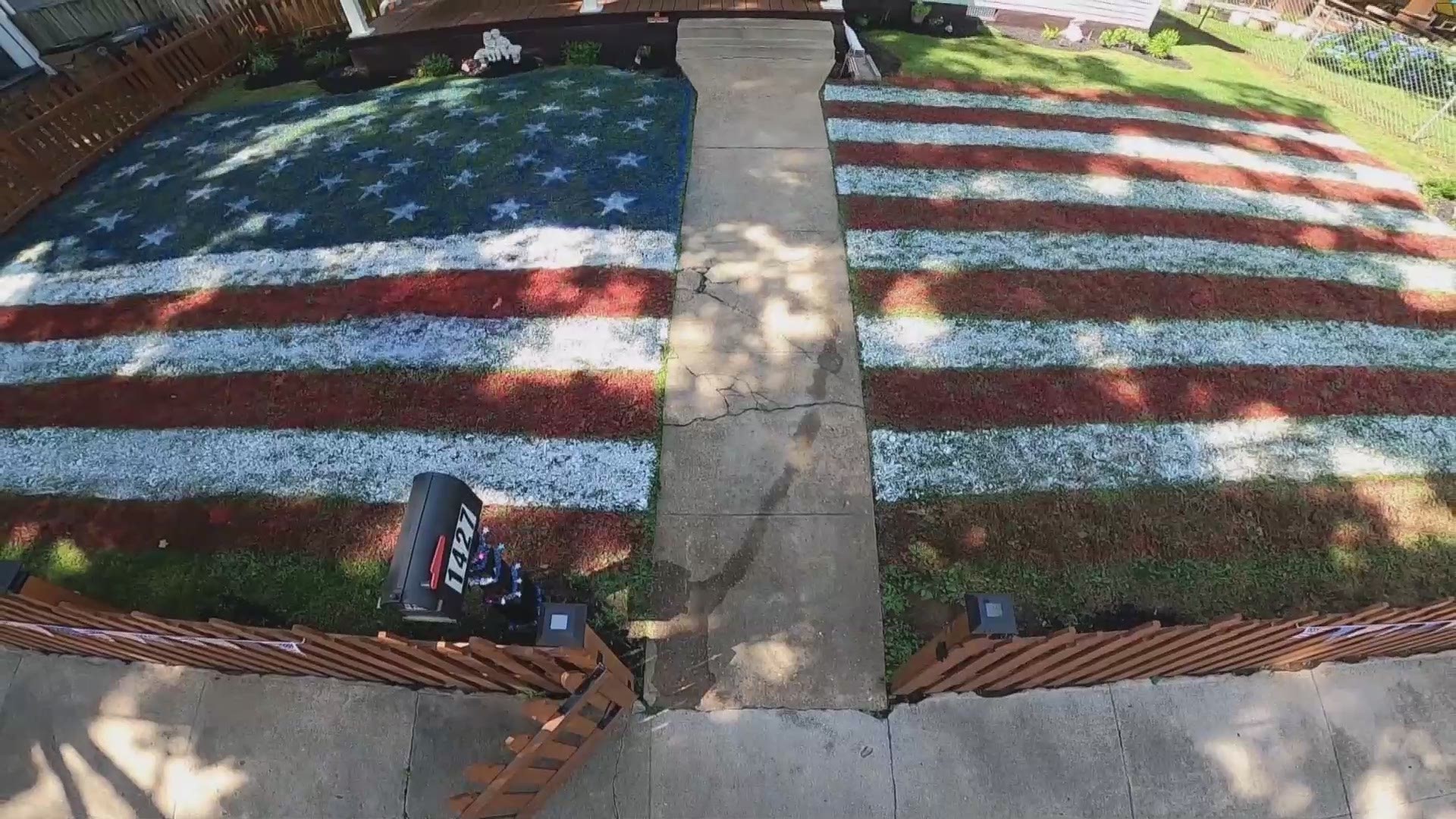 There are tons of ways people celebrate the Fourth of July. Some shoot fireworks, some have barbeques, and some paint an American flag on their front lawn.

That's what a family in North Knoxville did, on Grainger Avenue. It took two things: a lot of time and a lot of paint. They said they started putting down the flag on their lawn around 12 p.m. Tuesday and didn't finish it until evening.

They didn't just paint it to show their patriotism, though. They also said their father's birthday was coming up on the Fourth of July, too.

The family said that they hope the flag brings joy to their neighborhood, and that it makes people smile.

RELATED: Where can you watch 4th of July fireworks in 2020?

RELATED: Why are so many people lighting off fireworks this year?