Owen Harris, 10, was at BrickHouse Collectibles to meet some of his fans and sign copies of his book, "Axeton's Adventures Part I: Axeton Meets a Knucker Dragon." 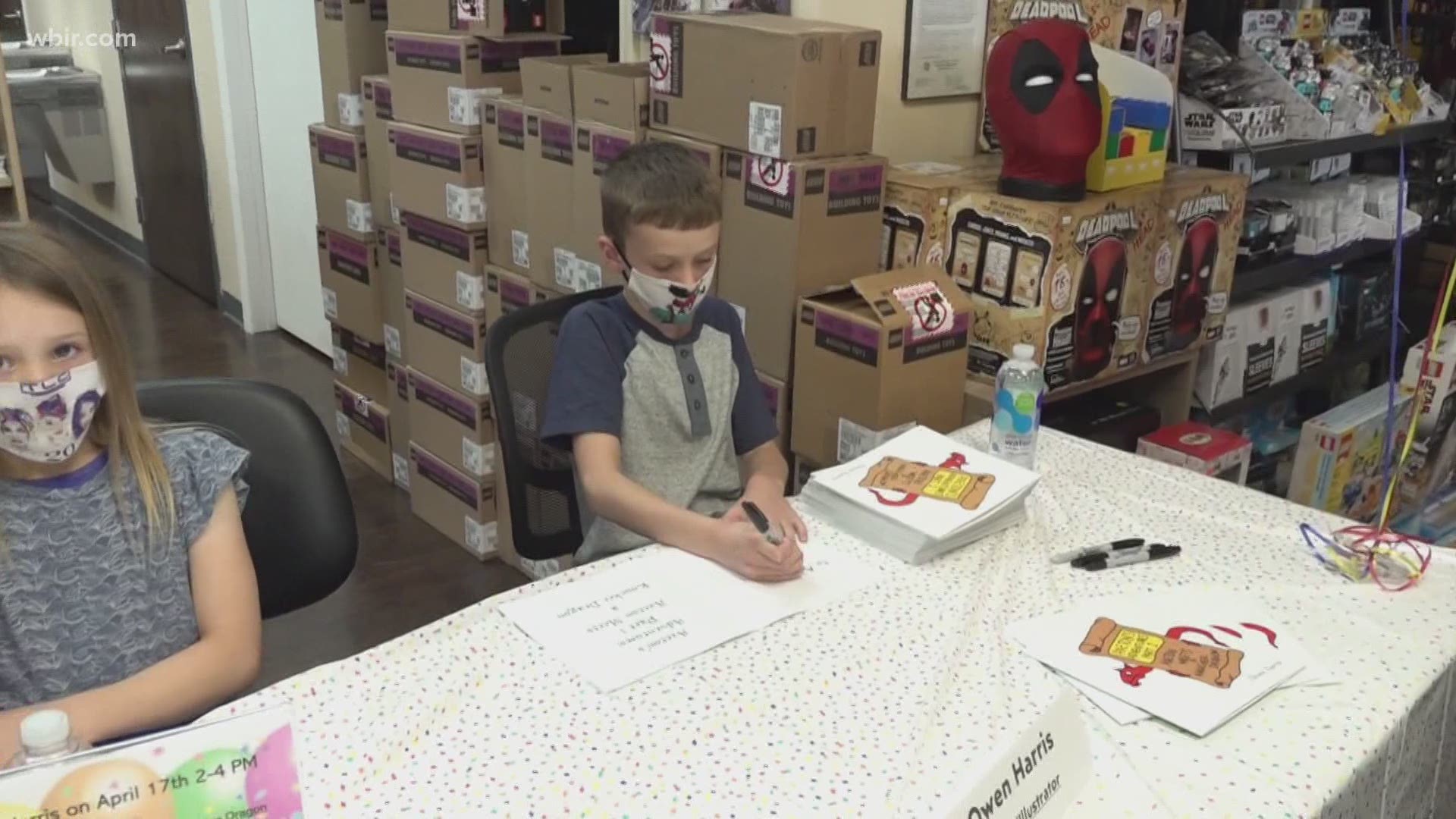 KNOXVILLE, Tenn. — For most 10-year-old boys, adventure is found in video games, sports and watching online videos. But one Wartburg 10-year-old wrote his own adventure in a new book.

Owen Harris, 10, was at a Farragut comic store on Saturday to meet some of his fans and sign copies of an adventure book he wrote and illustrated — Axeton's Adventures Part I: Axeton Meets a Knucker Dragon.

The event was at BrickHouse Collectibles from 2 p.m. until 4 p.m. It was the store's first book signing said Pat Burnett, the owner of the store.

Harris entered a writing contest in Canada towards the start of the pandemic and was the winner in his age group, according to a post from the store. As a prize, his book was published.

Copies of the book were on sale at the store for $6.99, with all of the proceeds going to Owen.

"When he's a really famous writer writing his twelfth book, we'll all remember that he started here," Pat Burnett said.

Burnett also received a signed copy on Saturday, with a custom dragon drawn next to Harris's signature. The dragon was named "Pat Jr."