The one-month average price for a home in San Angelo and the surrounding counties went up 17%, which amounts to an increase of approximately $30,000. 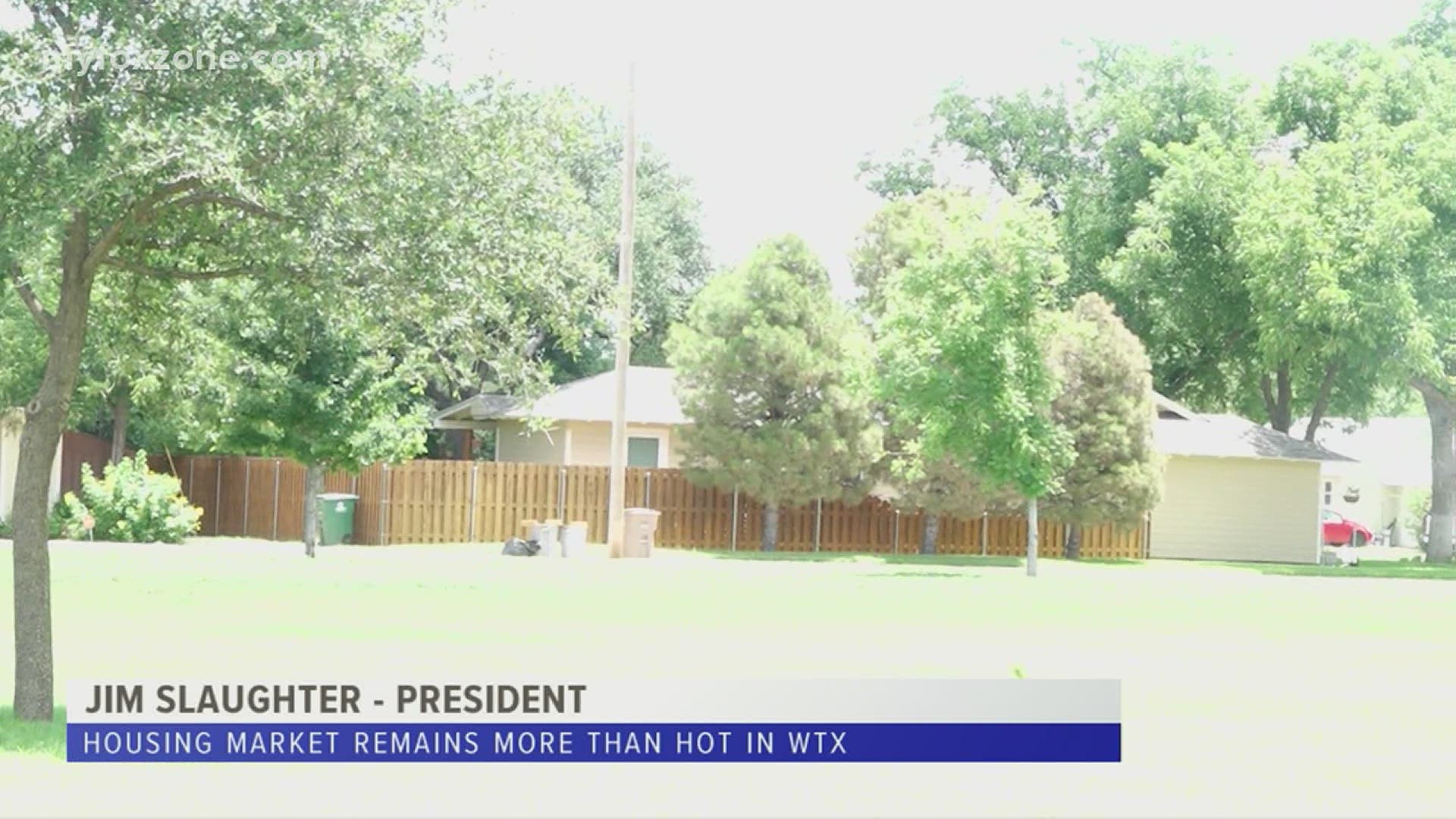 The one-month average price for a home in San Angelo and the surrounding counties went up 17%, which amounts to about a $30,000 increase.

Slaughter said properties are coming on as they are going off, and realtors are selling them as fast as they are coming on to the housing market. The biggest problem in the Concho Valley is inventory and getting enough houses for people to buy.

Jennifer Denson is a home buyer. She and her family have been in a rental for the last two years and needed a larger space. She is married with four children and said she started to think about the future and wanted a bigger space.

"Really started to look, and by the time I found something and showed it to my husband, it was gone. It was under contract. So it got a little frustrating," Denson said.

Denson shared advice for buyers who may be impatient and picky.

"Get a great realtor, get pre-approved, go in with all of your ducks in a row and be ready to act fast," Denson said.