Over the years, John Lewis stood alongside thousands with the spirit of the ancestors. He now joins a famed line of civil rights luminaries who continue to inspire. 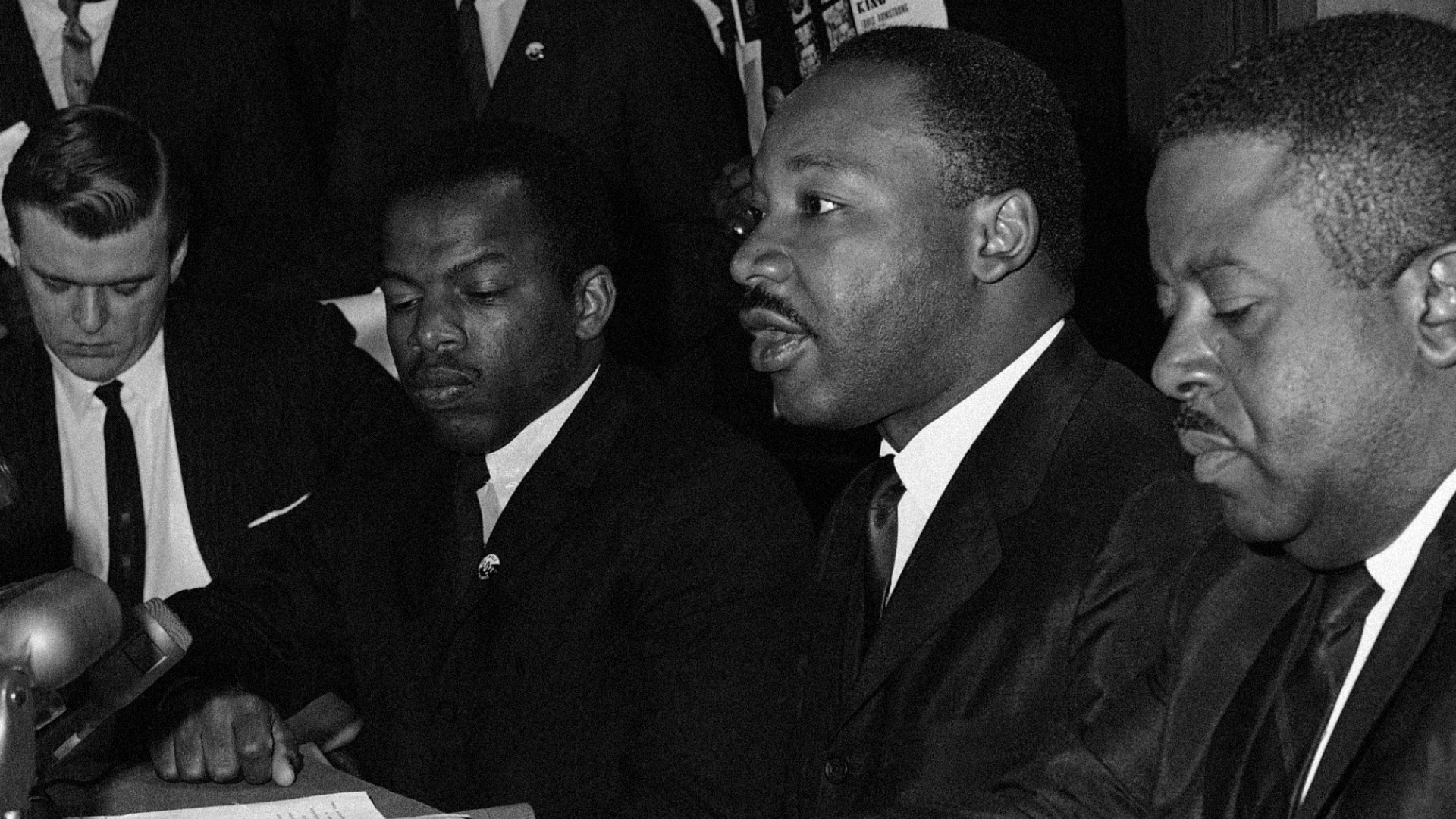 ATLANTA — As tributes keep pouring in for Congressman John Lewis, the location of his mural on Auburn Avenue has turned into a makeshift memorial to honor his legacy.

Many people went to the location to find comfort at his towering image. But the captivating image doesn’t show the great details of his sacrifice.

Congressman John Lewis was arrested at least 45 times for his activism over the decades. He often said that he would do it all over again. Eventually, his name would become synonymous with the word freedom.

And now, he joins the great icons of the movement like Dr. Martin Luther King, Jr., Ralph David Abernathy and Hosea Williams as a newly inducted and deserving ancestor.

Over the years, John Lewis stood alongside thousands with the spirit of the ancestors.

“I feel blessed by God Almighty,” he said in a previous interview reflecting on his life.

Lewis now joins a long list of freedom fighters on his well-deserved journey to Heaven.

From his first mugshot in Nashville to his last time getting handcuffed in 2013 at an immigration rally, he was always willing to get in “good trouble.”

There were lunch counter sit-ins, marches from Selma to Montgomery, the freedom rides on a bus through Jim Crow south to challenge segregation.

Lewis was always willing to put his life on the line for justice.

“I didn’t like the signs that said white only, colored only, white men, colored men, white women, colored women,” he explained.

Back in December, it was a new fight for his life when he shared with the world that he was diagnosed with stage four pancreatic cancer.

With tired feet and an unwavering spirit, the civil rights icon somehow gained the strength to still make it out to Selma this year. He went to the Black Lives Matter mural in DC as well.

His name became synonymous with Atlanta as the congressman of Georgia’s 5th district for 34 years.

Now, he’s deeply missed in the city he’s represented for so long - and all over the world.

“Death is not the end," he said. "The difference between life and death is a very fine line.”

‘They fought so we could exist’: Young activists react to John Lewis, C.T Vivian deaths