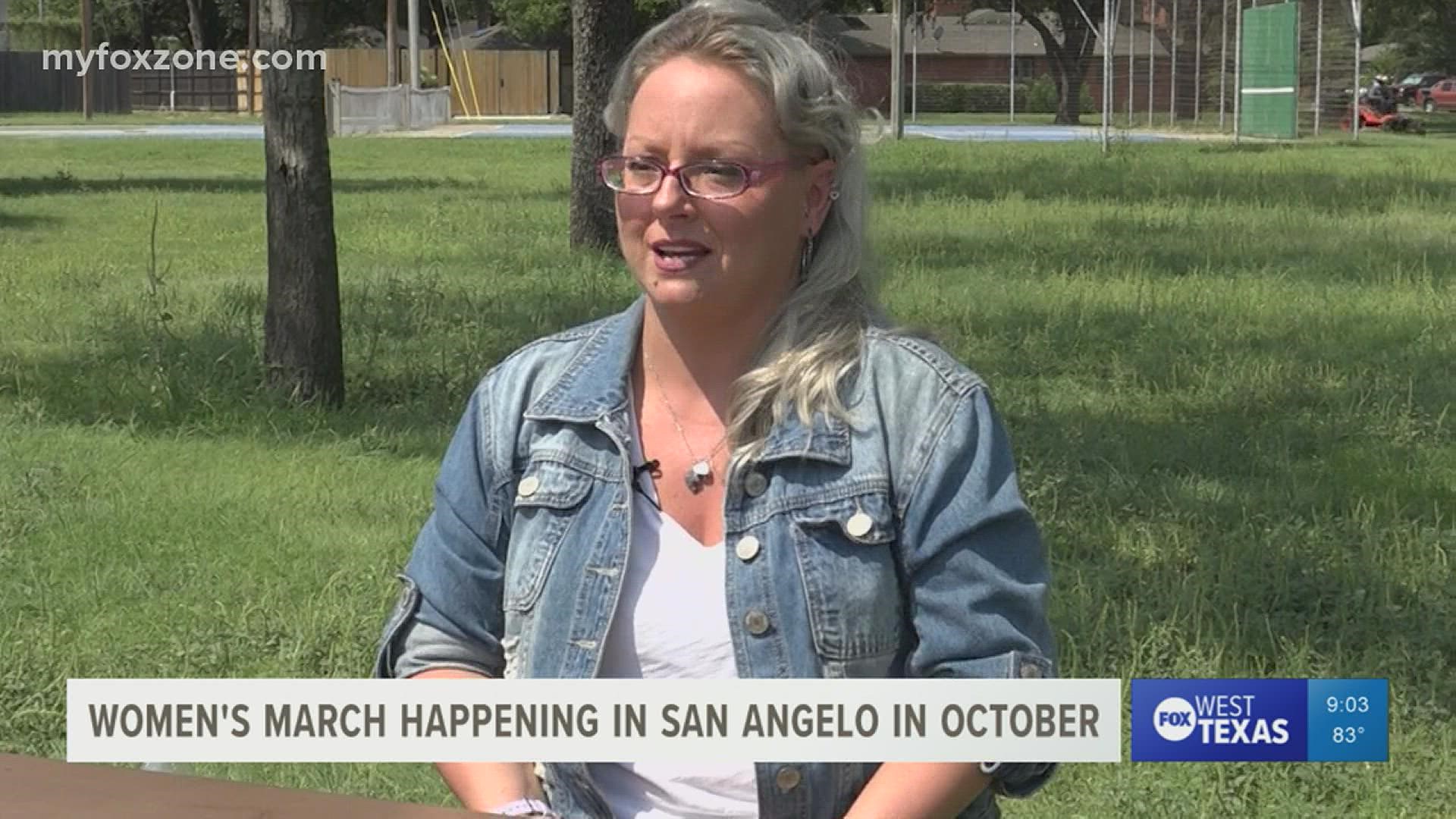 SAN ANGELO, Texas — Gov. Greg Abbott passed the Senate Bill 8 law saying once a heartbeat is detected, an abortion is prohibited in Texas. This recently passed law caused an uproar for many women in San Angelo, now they are putting matters in their own hands so their voices can be heard.

Michelle Troyer and a few of her friends spoke about their disapproval of the new law and came up with the idea to hold a march in San Angelo to fight for women’s rights.

They decided to create a Facebook page to get more people involved with the march. Not even a week later, the page gained over 600 supporters and women who felt the same way about women’s rights and wanted to take to the streets and protest.

“We want people all around Texas to know many San Angelo women do not support this new bill and we’re doing whatever we can to make sure everyone knows this,” Troyer shared.

She and women’s rights supporters in San Angelo feel it’s important for women to be able to make their decisions through doctors and healthcare workers rather than men who don’t know what it's like to be a woman.

“Women’s health and rights are important because women should have sovereignty over their own bodies. Anyone who has a uterus or knows somebody who does needs to understand that. Women’s rights should not be a privilege but just something we should already have,” Troyer continued.

Countless women in San Angelo and in West Texas continue to embrace each other’s womanhood in their recently created Facebook page. The march organizers are still looking for sponsors but are solidifying shirt ideas for everyone to wear for the march.

In addition, one women’s rights supporter, Anna Martine, created a petition   against several citizens proposing the City Council enact a "sanctuary city ban" on all abortions. The petition is nearing its 500 signature goal.

The Texas Justice Department recently asked a federal judge in Texas to temporarily block enforcement of the state's new law. This is still developing.

The Women’s March of San Angelo is scheduled to take place at 7 a.m. Oct. 2. The specific street is unknown but details are still in development.