'And even as he spent a lifetime marching, and sitting in, and getting arrested, his feet kept on dancing.' 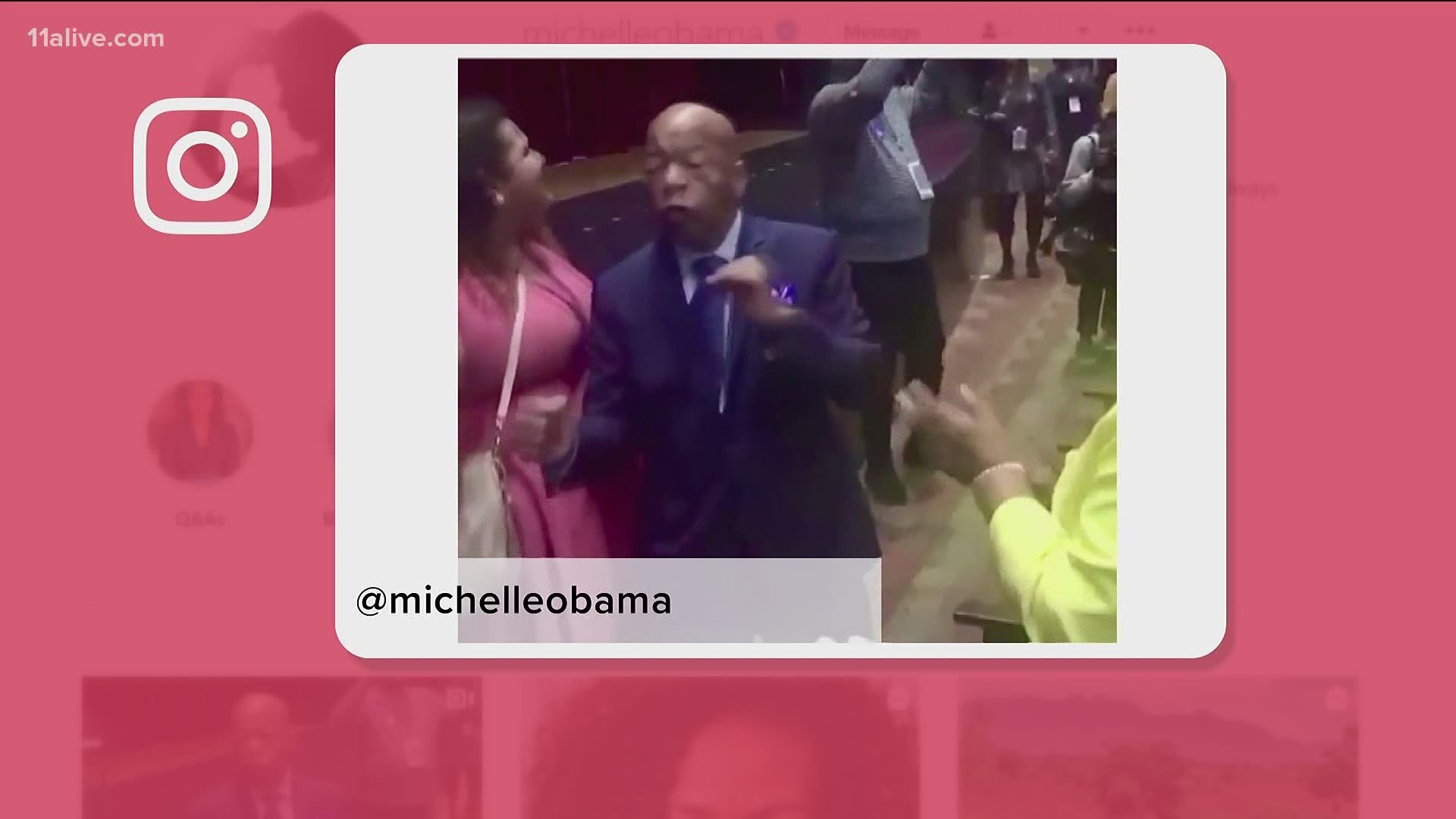 ATLANTA — Tributes for Rep. John Lewis, who is described as a man who willingly got into "good trouble," continue on social media. But there is one particular moment that's gaining a lot of attention.

Former First Lady Michelle Obama posted a clip over the weekend of Lewis at an event where others clapped along as Lewis danced and snapped to the beat.

Another woman joins him and sings along to the song.

"I’ve spent the morning reading tributes to the extraordinary life and legacy of John Lewis. And I’m awed by the way that, in eight decades filled with such weight and consequence, he also managed to keep things simple and light," she said in the Instagram post.

"For him, the pursuit of lofty goals like justice and righteousness was about just doing what’s right. His epic life story rightly fills the pages of biographies and college textbooks, yet he also chose to publish it as a comic book," she added."And even as he spent a lifetime marching, and sitting in, and getting arrested, his feet kept on dancing."

"Congressman Lewis shows us that while the struggle and pain is all too real, fighting for each other—and paving the way toward something better for our kids and grandkids—can and should be a source of real and lasting joy," the post reads. "May God bless his memory. And as we keep marching, may his defiant, delighted smile urge us onward."

Many were touched by the video, which now has more than 3 million views and thousands of comments.

We've got to keep on movin' just as he did," one person said.

"This just made my day," another Instagram user said.

Lewis passed away Friday evening in Atlanta.  The civil rights leader and Georgia democrat serving the people of the 5th district was 80.  Lewis announced in December that he was diagnosed with Stage IV pancreatic cancer.