George W. Bush: 'We live in a better and nobler country today because of John Lewis'

Bush is among three former presidents delivering tributes to Lewis at his funeral on Thursday. 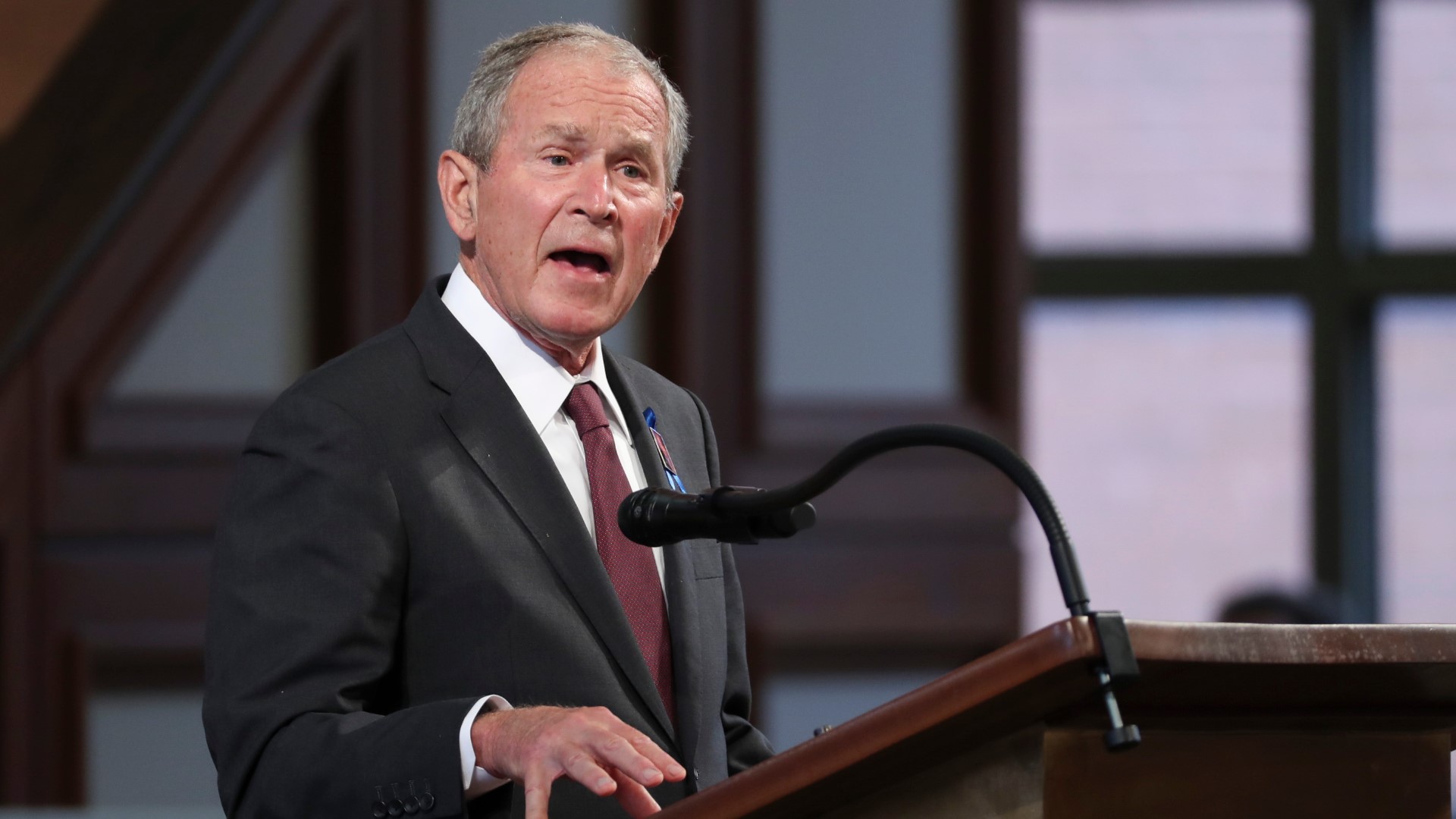 ATLANTA — George W. Bush hailed Rep. John Lewis as a man who made America a "better and nobler country" in a tribute delivered at the congressman's services on Thursday.

Bush framed Lewis' work as unbowed by the hate and fear he faced as a young man and undeterred in the years after, as he worked on behalf of the nation in Congress.

RELATED: John Lewis to be laid to rest in final farewell in Atlanta | Watch live

"He's been called an American saint, a believer willing to give up everything, even life itself, to bear witness to the truth that drove him all his life - that we can build a world of peace and justice, harmony and dignity and love," he added

Bush said that while Americans have differing views, especially in these times, Lewis embodied how we can share the "conviction that our nation, however flawed, is at heart a good and noble one."

RELATED: As he was dying, John Lewis wrote this final message to America

"The story that began in Troy isn’t ending here today, nor is the work," he continued. "John Lewis lives forever in his father's house, and he will live forever in the hearts of Americans."

John Lewis, the former president said, left us the lesson that "we must all keep ourselves open to hearing the call of love, the call of service and the call to sacrifice for others."