She was with John Lewis on the Edmund Pettus Bridge. She shares what she learned from him

Alice Thomas Moore was a junior in high school in Selma, Alabama when she met and marched with congressman John Lewis. 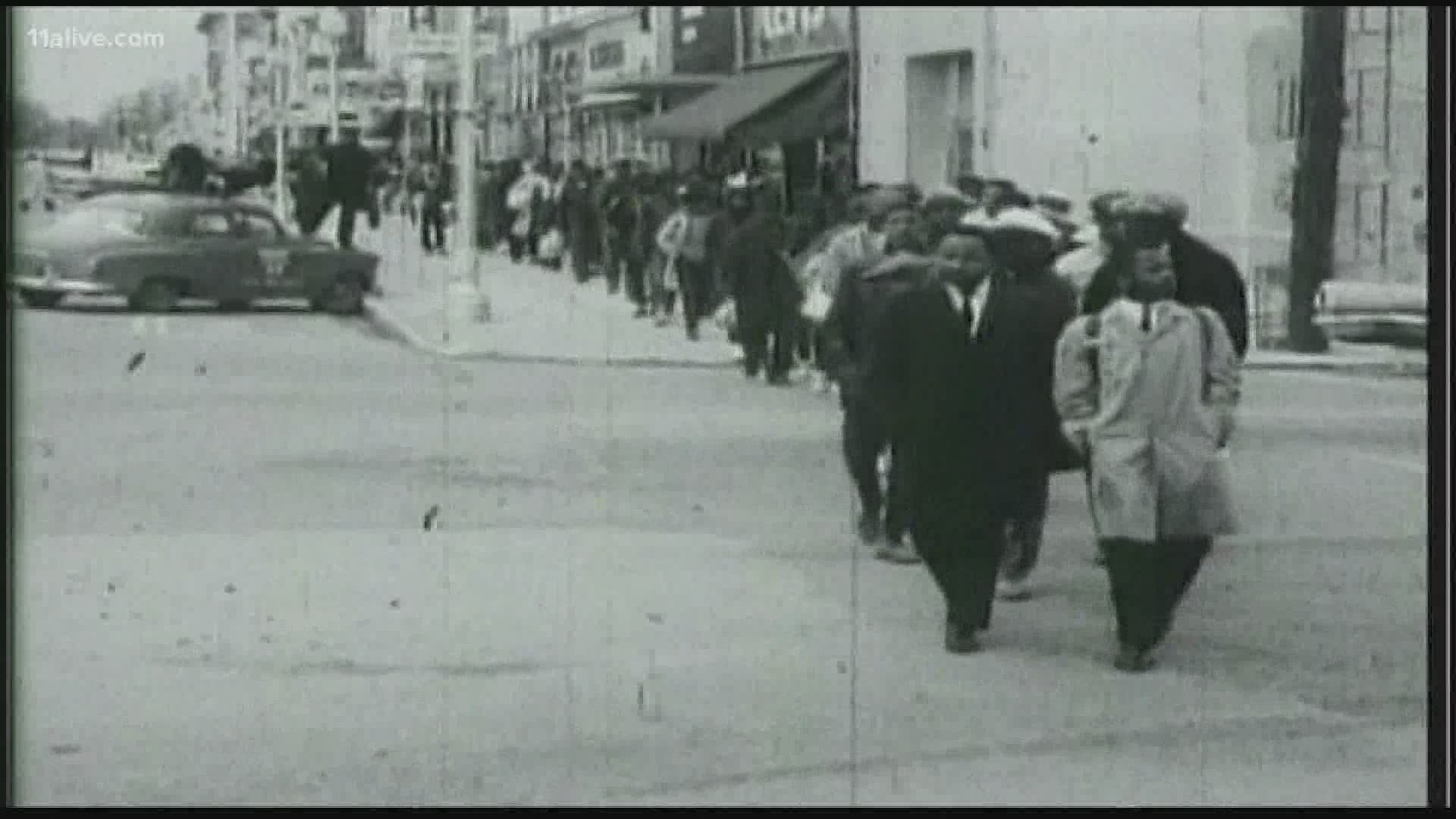 ATLANTA — On Sunday, Congressman John Lewis will be carried over the Edmund Pettus Bridge in Selma Alabama, where he marched and almost lost his life in 1965 for voting rights.

"The tear gas and the cow prods are probably the worst things - all of the other things weren't that bad, and they didn't beat on the girls as bad as the men," said Alice Thomas Moore, remembering marching with Lewis on Bloody Sunday.

Moore has lived in Atlanta for 36 years. But in 1965, she was a junior in high school in Selma where she met and marched with Congressman John Lewis.

"What was so amazing about John Lewis, he taught us about marching and about being nonviolent," said Moore.

Moore said March 7, 1965, was their third attempt to cross the bridge. Six hundred footsoldiers started out, but only half made it across, with Lewis in front.

"I think, if he could have shielded all of us from some of the licks and tear gas, he would have," said Moore.

Moore said much of the crowd was young since they recruited students.

"We had the energy to do it, more so than our parents, and we were really doing it for our parents to vote - and later we would become registered voters," said Moore.

While protesting, she was arrested three times. Now as a mother and grandmother, she realizes the fear her parents must have had while she was marching.

"Basically they prayed with us because they knew of the danger but they didn't labor on it," Moore said.

She said she is in favor of the movement to rename the bridge in Selma to honor John Lewis and the sacrifices he made through the years. And for the next generation, she hopes the lessons he taught will remain part of his legacy.

Moore said it is important to have tangible reminders like the mural in downtown Atlanta to remind the next generation what can be done. She said she hopes the Edmund Pettus Bridge in Selma is renamed after Congressman Lewis, and if it is she'll go back to Selma and walk across it once again.