11Alive chronicles the life of a man who was unafraid to shake the status quo and seek to cause "good trouble" for the sake of justice and the humanity - for all. 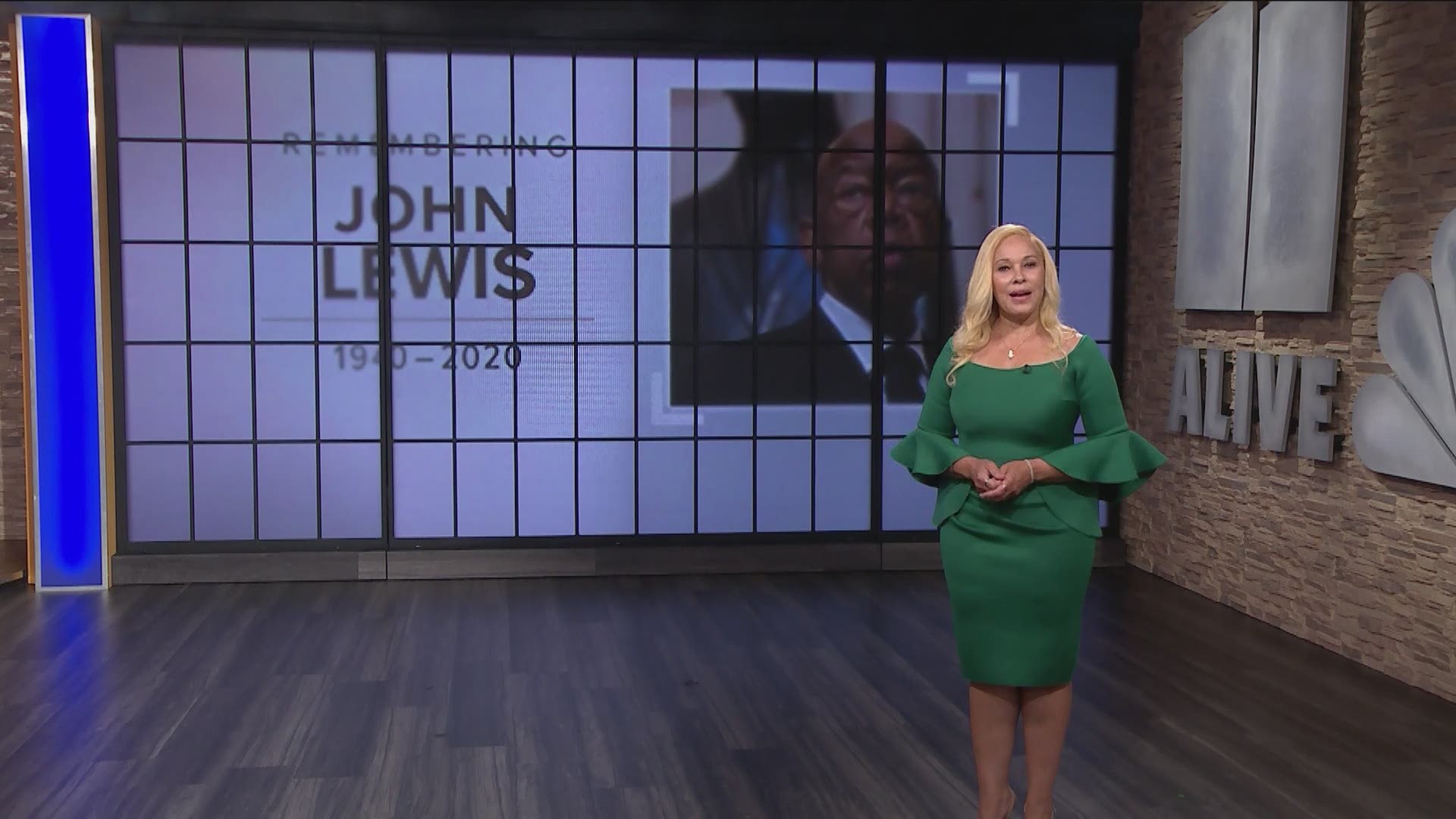 ATLANTA — Rep. John Lewis passed away Friday, July 17 in Atlanta, leaving a city - and nation - mourning the loss of a hero and leader of the Civil Rights Movement. He was 80 years old.

The Georgia democrat served the people of the 5th district for decades, but before that, he was a young and spirited crusader for the fight for justice and equality for Black Americans.

The son of sharecroppers, it was at 15 that the dream inside John Lewis ignited into a lifelong, life force as he watched the news of the Montgomery Bus Boycott. Feeding on the revolutionary ideas of Rosa Parks and Martin Luther King, Jr. changed his life.

Lewis spent his life fighting for equality and advocating that the fight was worth it. He was known for telling young people to get into “good trouble.” By his own account, Lewis was arrested more than 40 times for getting into that “good trouble.”

11Alive chronicles the life of that man who was unafraid to shake the status quo and seek to cause "good trouble" for the sake of justice and the humanity for all. One who left an indelible mark on Atlanta, the the nation - and the world.

Re-watch the hour-long special below, or on our YouTube channel.

Congressman Lewis called for young leaders to get into "good trouble." They are following his lead.

Remembering the 'men of the movement' that shaped Atlanta

Some cities are known for their architecture and landmarks. Atlanta is know for the men and women who helped shape this city.

Letters to our Children: The John Lewis story

11Alive tells the story of John Lewis, but instead of reporters asking the Congressman questions - the honor went to their children.

A day in the life of John Lewis: The Congressman shares his personal journey

In the halls of Congress, wherever Cong. Lewis went, he was greeted with hero status by Democrats, Republicans - and ordinary people alike.

Congressman Lewis answers their questions and shares his memories of living through the civil rights era in his own words.

Lewis said he and others gave their lives to allow everyone the right to vote. It's important for all to participate, he said.

How do you memorialize this giant of a man and do it justice?

1 / 21
File photo by Jim Bourdier, AP
Lewis speaks during a news conference in Jackson, Miss., on June 23, 1964, where he called on President Johnson to protect summer volunteers in Mississippi.