"The first day that we came back in May, it was like Christmas morning for these kids," said Angela Brooks, the executive director for San Angelo Broadway Academy. 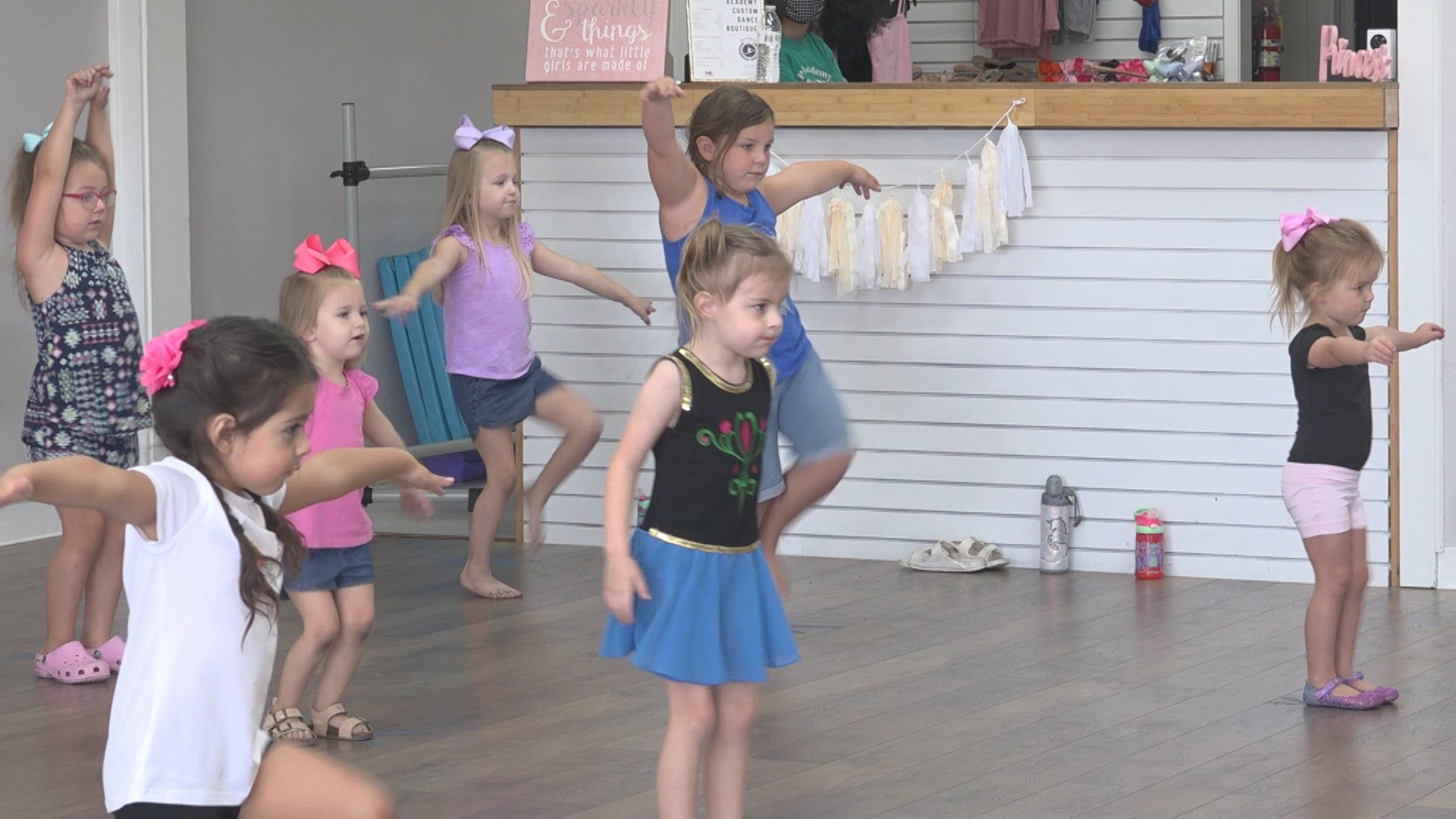 SAN ANGELO, Texas — Running a business during COVID-19 - especially one that relies on hands-on training and in-person interaction, like a dance studio - is not easy.

"You have to completely reshape your business in a matter of days. It's hard, it's exhausting, but it’s also good because you’re always innovating and learning new things about your industry," said Miah Pullen, the owner of Prep Dance Academy in San Angelo.

When Pullen opened Prep Dance Academy at the end of 2018, she could've never guessed a worldwide pandemic would hit west Texas just a little over a year later. The pandemic has caused her to close down the studio, then move classes online, and then open it back up, with all new rules, and unfortunately, a lot fewer students.

"Our enrollment this summer was basically cut in over half. it's hard to go from so many students that you need 10 employees to not enough students to keep any employees," she said.

Of course, Pullen is not alone. Angela Brooks, the executive director of San Angelo Broadway Academy, has also had to make major changes to the way her studio operates.

“It has been a crazy whirlwind. We shut down right after spring break not really knowing what was going to happen. We quickly made decisions to go online to keep our kids moving, to keep some type of normalcy in their lives, and to keep our doors open at SABA, just in a very different way. When we got the green light in May to open back up, we shifted very quickly with new guidelines for safety and health. We have everything six feet marked in the studio," Brooks said.

Both San Angelo Broadway Academy and Prep Dance Academy greet their dancers with a quick temperature check, screening questions, and a few drops of hand sanitizer.

Regardless of all of the changes, however, Pullen and Brooks have been able to keep their full staff on board.

Both Brooks and Pullen said the pandemic has made them extra appreciative of the time they spend with their students.

"The first day that we came back in May, it was almost like Christmas morning for these kids. The joy in their faces and the happiness for them to be in a place with their friends doing what they love was incredible to watch," Brooks said.

Both Prep Dance Academy and San Angelo Broadway Academy are planning on resuming their usual classes in the fall with the current sanitation and social distancing practices.