A longtime UB and Hilbert College women's basketball coach, Coach Sal got a chance to thank the hospital staff and first responders who saved his life. 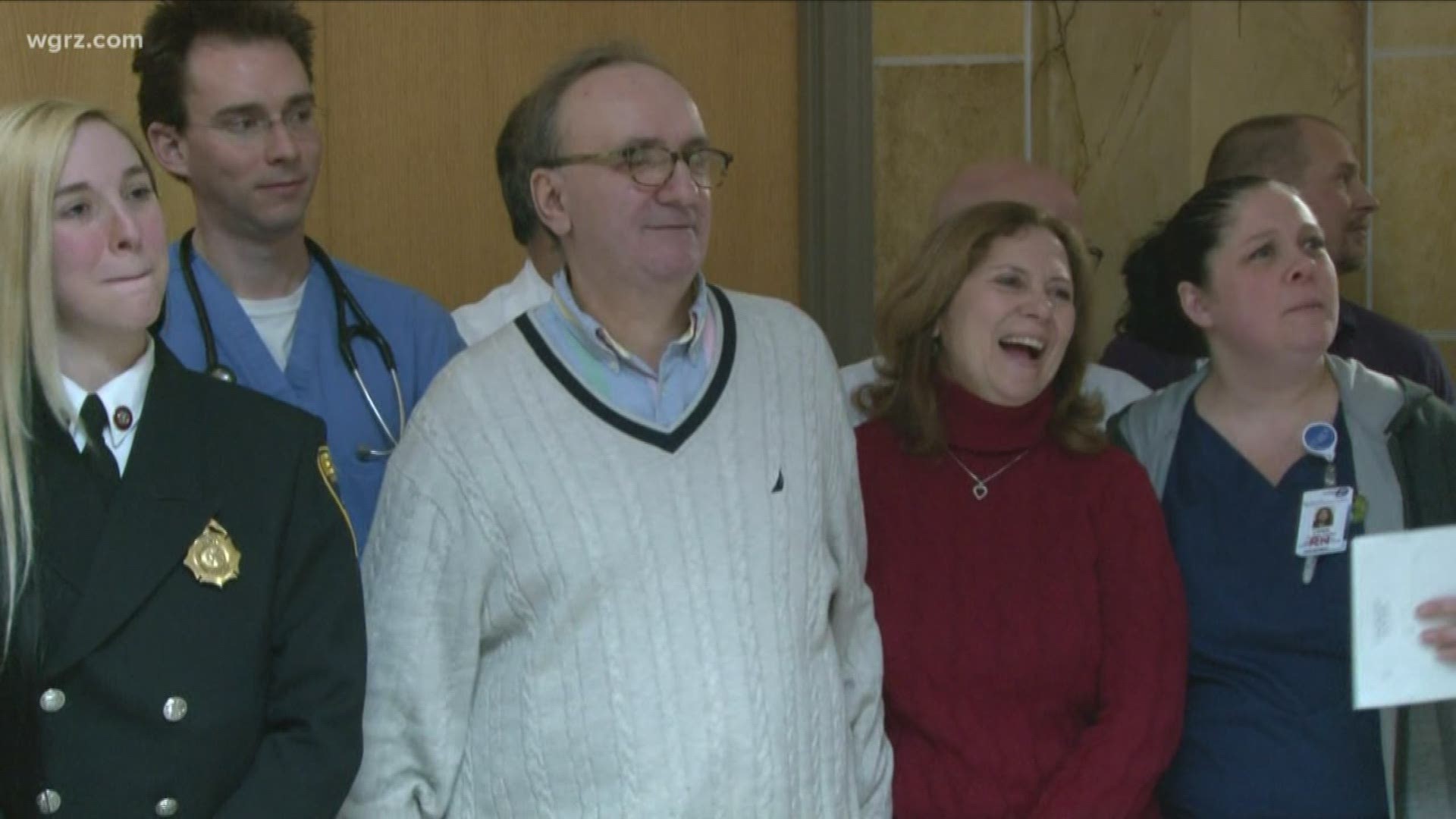 For Sal Buscaglia, February 14 is more than just a day of love, it’s a chance to celebrate another year of life.

This year is extra special for the Greater Buffalo Hall of Famer because he almost didn’t live to see it. On Thursday, the eve of his 66th birthday, he marked the occasion with a special celebration at Mercy Hospital.

A longtime women's basketball coach at the University at Buffalo and Hilbert College, he suffered a massive heart attack, called the widow-maker, in June of last year. His wife began to drive him to the hospital but stopped to call 9-1-1 and give him CPR until help could arrive.

"I gurgled, I guess that’s the sign of the last breath, and my heart stopped," he said.

At the small celebration Thursday afternoon, Coach Sal got a chance to thank all of the doctors, nurses, and first responders who helped save his life.

According to physicians at Mercy Hospital, a person who goes into cardiac arrest outside of the hospital has a sic percent chance of survival. Buscaglia said he was blessed to have had the team he did.

"If it wasn’t for these very special people in this room, in this very special place, at Mercy Hospital, and of course the EMTs from Jamison and Elma, I wouldn’t be celebrating my birthday tomorrow," he said.

It was the first time the medical staff and emergency workers were all together since Sal’s heart attack, but he says they’ve mostly remained close. A few even attended his wedding in September of last year.

"They became part of the family and they continue to be family. The EMTs, we’re still in contact with them. I see some of the doctors regularly," he said.

Rachael Devine, with the Elma Fire Company, shared a similar sentiment when asked how she felt about being there to celebrate Coach Sal's birthday.

"It all went by so fast," she said. "And it’s amazing to be able to see him walk, be able to go to his wedding, see him get married, hear about his stories at Disney. It’s truly is a blessing."

RELATED: Valentine's Day: What are people searching on Google?

RELATED: 65% of Sweethearts candies will be blank this Valentine's Day