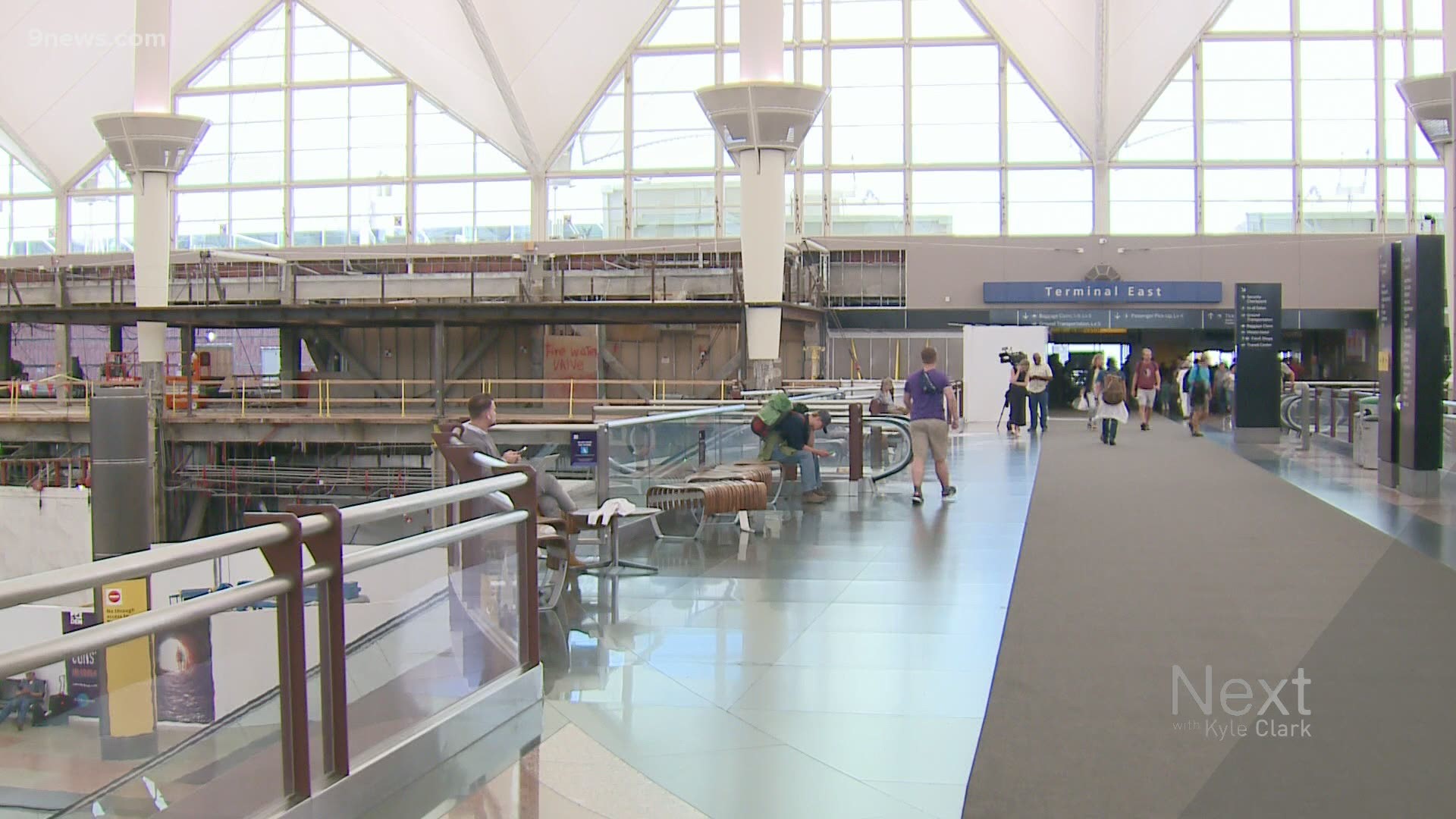 DENVER — Denver International Airport officials will have to cut back on the remaining work on the Great Hall renovation in order to stay within the project's $770 million budget, DIA executives told City Council members Wednesday as part of an update on the project's progress.

The airport will no longer be able to relocate both the north and south TSA screening checkpoints from Level 5 to Level 6, as was originally intended. Relocating the security checkpoints was a major piece of Phase Two of the project, aimed at reducing vulnerabilities associated with having the checkpoints on the lower level.

> The video above aired Aug. 12 and goes over the latest on the partnership with DIA and Great Hall Partners.

Construction on Phase One is currently underway and has continued during the pandemic. Michael Sheehan, a senior vice president who oversees special projects at the airport, said construction on the first phase is on pace to wrap up by the end of 2021, and within its budget of $195 million.

Airport officials have said they are committed to staying within the $770 million overall budget. But after paying a total of $245.4 million to the former developer on the project, Great Hall Partners, and allocating $354.7 million total for Phase One, only about $170 million remains.

RELATED: One year ago, DIA went through an ‘unfortunate transition’ with Great Hall Partners. Where are they now?

> Continue reading this story at the Denver Business Journal.