Tesla is looking at 2,100 acres at the intersection of State Highway 130 and Harold Green Road in southeast Travis County for its Gigafactory, reports say. 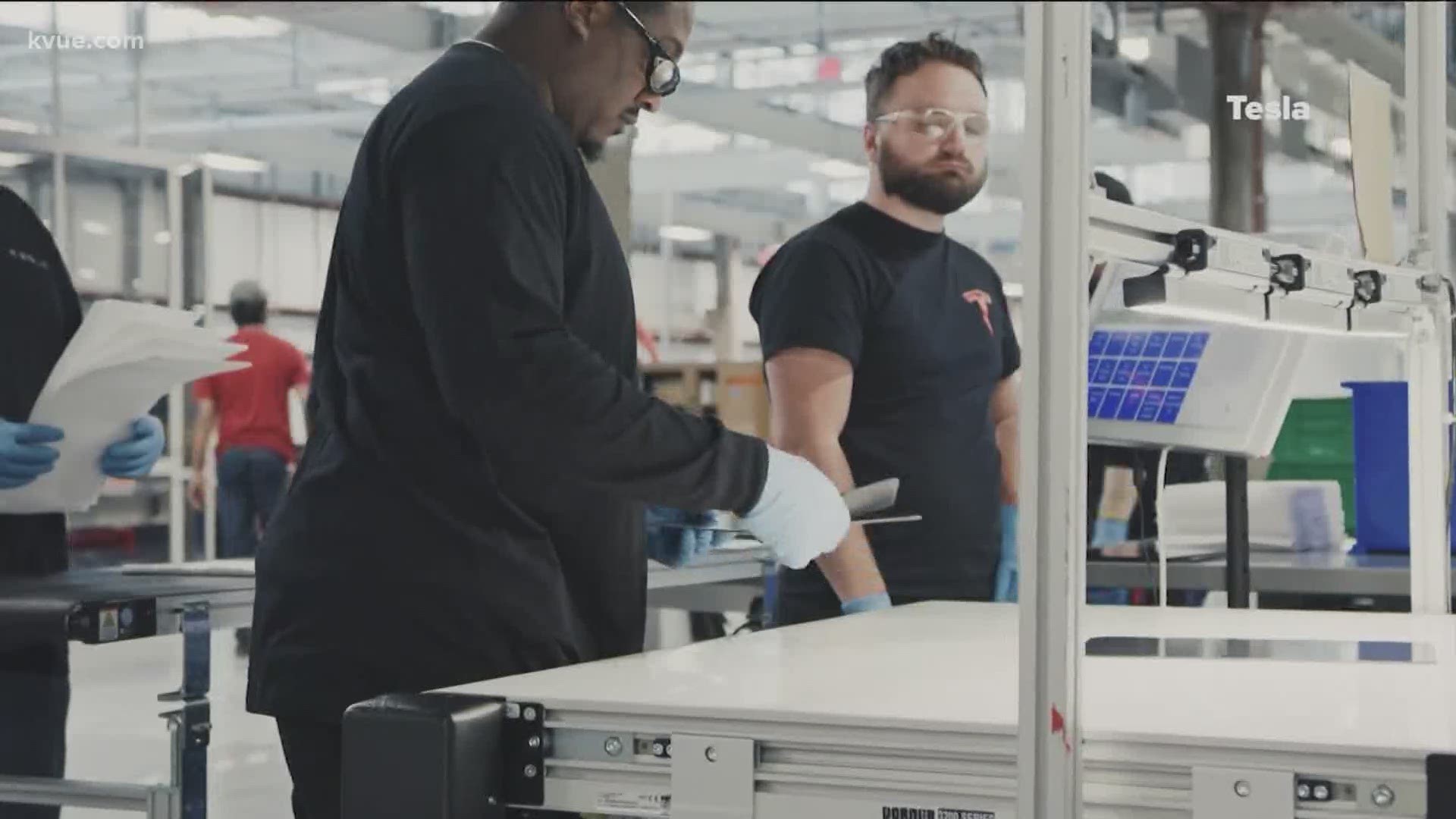 DEL VALLE, Texas — The Del Valle ISD school board approved an incentive package Thursday for Tesla that would give the vehicle maker $46.4 million in property tax breaks over 10 years on a potential new factory in southeast Travis County, according to our partners at the Austin American-Statesman.

The vote was 7-1 at board meeting on Thursday, July 9, the Statesman reported.

The agreement requires Tesla to build a 4 to 5 million-square-foot facility that would be able to employ 5,000 or more employees.

Tesla's "Gigafactory" could potentially be located at the intersection of State Highway 130 and Harold Green Road on about 2,100 acres, according to the company's June application.

In mid-May, the Associated Press reported that Tesla chose Austin as a finalist for the company's new assembly plant. At the time, Tesla said it wants its new plants to be in the center of the country and plans for it to be bigger than its California factory, which reportedly employs about 10,000 people.

That same week, Gov. Greg Abbott confirmed that talks were already in place with Tesla CEO Elon Musk to move the company's headquarters out of California and into Texas.

The "Tesla to Texas" saga all started with a tweet from Musk: "Giga Texas? Hell yeah."

Here's a look at the developments ever since Musk posted his cryptic tweet:

Ready for a second stimulus payment? Here's the timeline