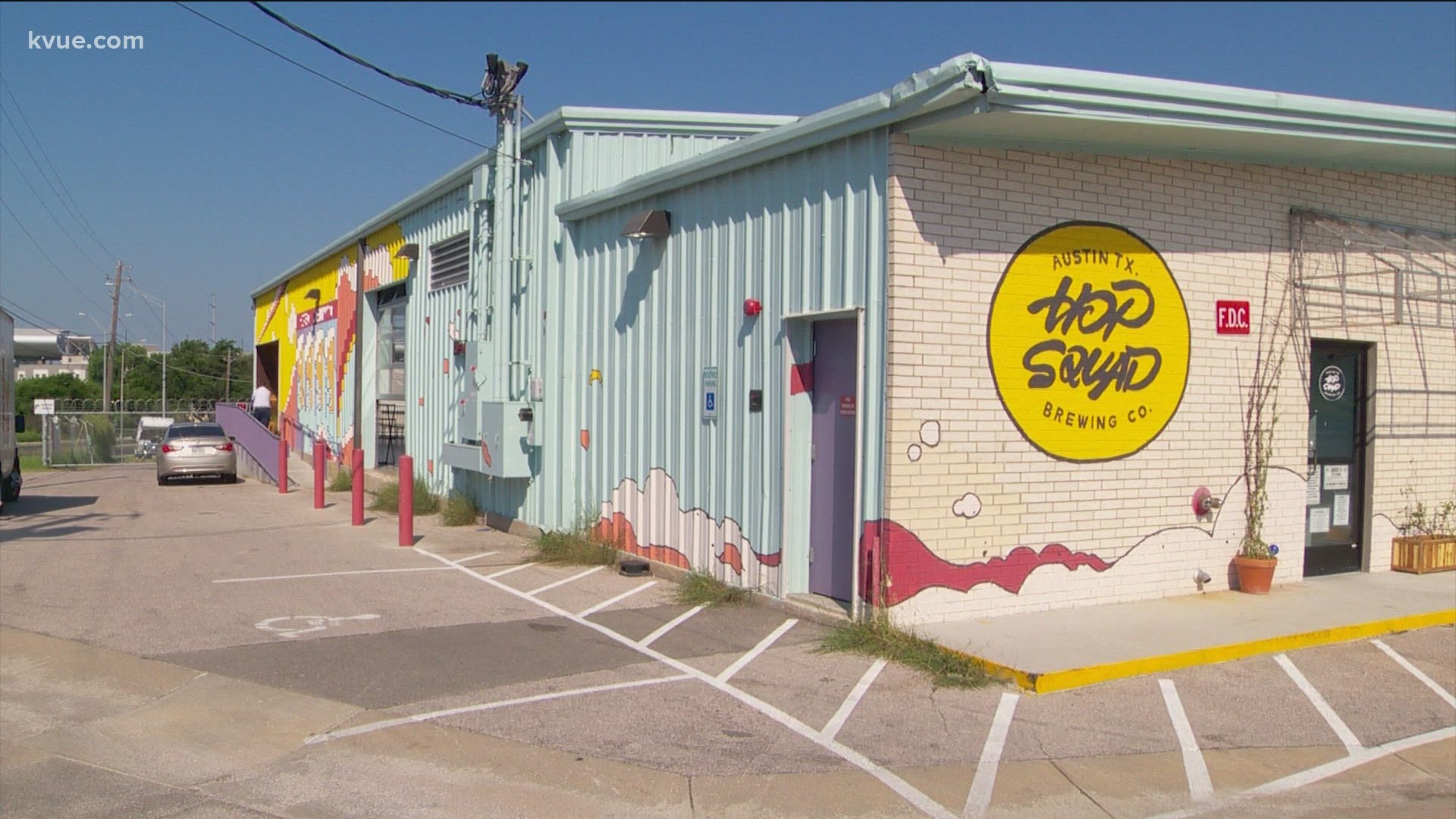 AUSTIN, Texas — As Austin FC prepares to kick off for their first home match ever and Q2 Stadium prepares for its second game ever, businesses in the area are getting ready, too.

The new team will not just attract nearly 21,000 people to fill the stands each game, it will also attract fans trying to get as close to the action as possible.

Alex and Cesar Limon bought the property for Hopsquad Brewing Company in 2018, not knowing what was to come.

They opened their doors in 2019 and like many businesses, navigated COVID-19, anxiously awaiting its end, and the day the first game would be played at the stadium.

Now that the city is opened back up and soccer is in full swing, Alex Limon said business is booming.

"We never thought it would be this big of a deal. But the fans have come out and the support groups have shown their passion for the sport. We are super excited to be housing all of them," Limon said.

No soccer in here this morning, but a beautiful sunrise hitting @Q2Stadium is no so bad to watch 😍@KVUE pic.twitter.com/JwCUc5gJEr

Sitting just 100 yards away from the stadium, Limon said their brewery gives fans without tickets a chance to watch the game while getting as close as possible to the action.

"We probably will be hearing the roar of the stadium and almost be in that sort of environment," Limon said.

The co-owners have continued to come up with innovative ideas to capitalize on the boom in North Austin, especially with this stadium. They have put up more screens to watch the game, expanded outdoor seating and have even canned more beer for people to grab to-go.

Numerous businesses in the area are also benefiting from this stadium next door.

Turnstile Coffee owner Mark Harris told KVUE's Mike Marut this week that it has been a big opportunity for business to boom.

"We're huge supporters of Austin FC and we want people to come hang out for viewing parties when they're on the road," Harris said.

Even businesses that are not in the restaurant and entertainment industry are cashing in. Due to the limited parking, some businesses are allowing ticketholders to purchase a parking spot on game day.

With the Domain and the Arboretum sitting just miles away, Austin FC is getting comfortable in their new home and the fans are too. It's the perfect recipe for another booming area in an already booming city.

Before older sibling ages out of Texas foster care, she wants a family for both of them