To keep up with Austin's growth and increased online shopping, USPS is hiring 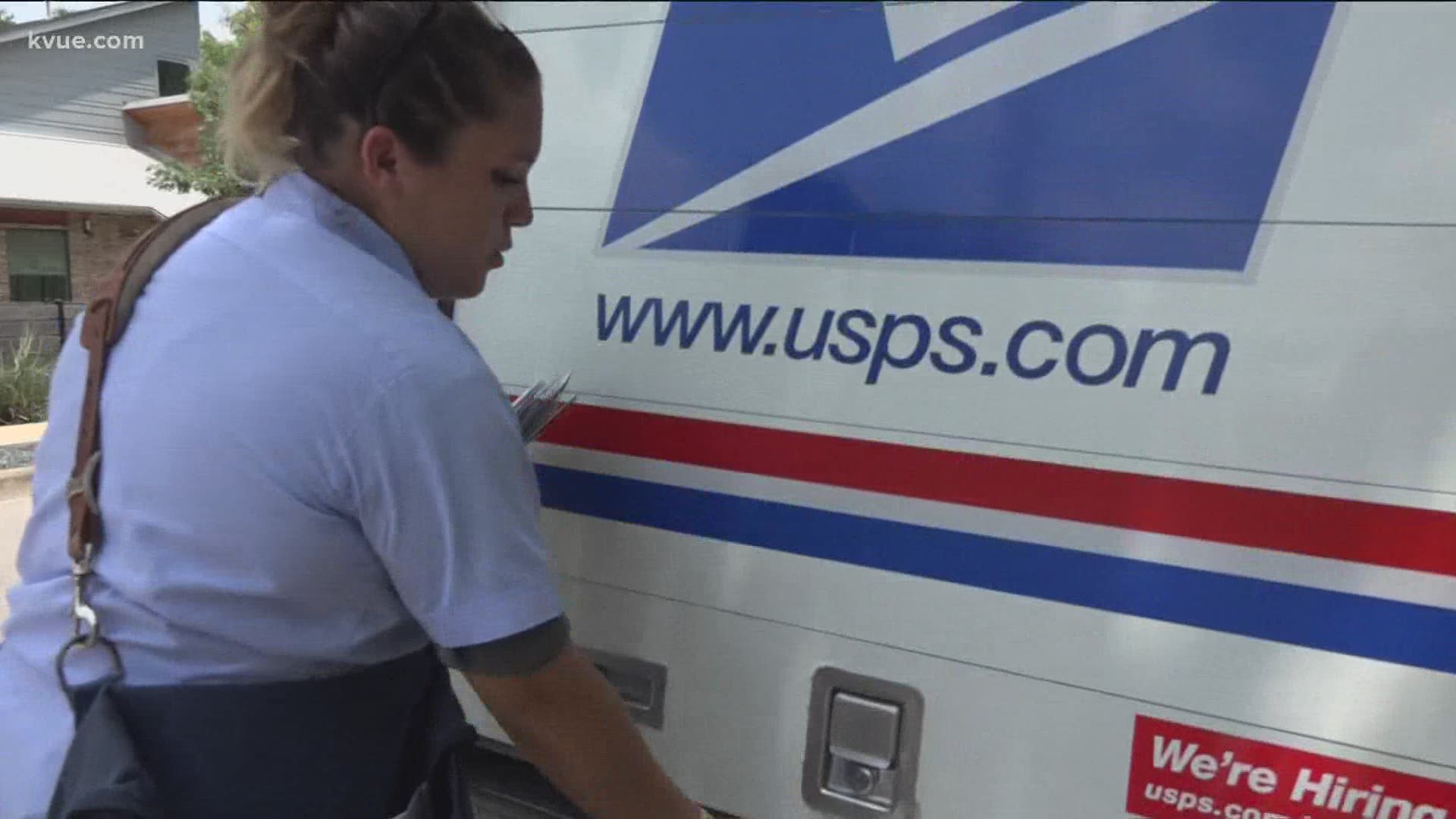 AUSTIN, Texas — With people moving to Austin and more online shoppers receiving packages, the United States Postal Service (USPS) is hiring to keep up with demand.

USPS City Carrier Brianna Samipla said they are looking for workers that can be strategic.

"Everything is organized in its own little way," said Samilpa.

Samilpa said the job is more than just going from house to house – mail carriers are a part of the heart of the city.

"I love the physical part outside, interacting with the customers, business owners," said Samipla. "It's something I've never done before. I've always worked retail."

It's no secret that Austin is one of the fastest-growing cities in America. To keep up, USPS is hiring 100 eager city carrier assistants like Samipla.

The starting pay is $18.51 an hour, including health benefits.

"You don't need any experience," said Tracy Samipla. "We just ask that you're 18-years-old, have a good driving record, and can pass a drug test."

Tracy and Brianna are sisters; both have worked for USPS for years and have witnessed increased post office retirees and online orders.

At the same time, their love for their careers has grown as well. They hope you can join them.

While City Carrier Assistants are their greater need, they have other open positions as well.

Gov. Greg Abbott vetoes funding for Texas Legislature and its staff as punishment for Democrats' walkout on elections bill